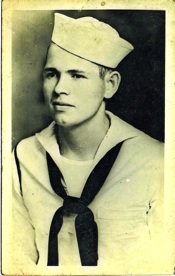 Hollis Fields Bell was the son of Tyree and Ellen Bell, Foster Crossroads. He volunteered for the U.S. Navy and was assigned to the submarine USS Scorpion. The USS Scorpion was launched July 20, 1942. Its first patrol was a hunting and mining mission near Honshu in April 1943. She laid 22 mines off the coast, then commenced a search for enemy shipping, which would prove to be devastating for Japan.

Scorpion fiercely assaulted enemy vessels in a series of submerged torpedo attacks and surface gun battles. She sank two freighters, four sampans and two patrol vessels. She also encountered tragedy on board when Lieutenant Commander Reginald M. Raymond, the prospective commanding officer, was fatally wounded by an enemy bullet as he fired a Browning automatic rifle from Scorpion’s bridge during a surface engagement.

In her next patrols, Scorpion inflicted even more damage on enemy shipping. Each of these three patrols earned her a battle star.

The last sentence on Bell’s tombstone reads: “He Lived In Honor, Beloved By All Who Knew Him And Died For His Country And Will Never Be Forgotten.”

Killed in action with all hands onboard USS Scorpion (SS-278) between January and March 1944. Decorations: Purple Heart, USS Scorpion departed Pearl Harbor on 29 December 1943 under the command of Commander M.G. Schmidt. Scorpion stopped at Midway to stop off with fuel, and departed Midway on 3 January 1944 to conduct her fourth war patrol. On 5 January 1944, she attempted to redezvous with sister ship Herring (SS-233) to transfer an injured man. Heavy seas prevented the transfer, and Sorpion continued West to her assigned area which was in the Northern East China and yellow seas. She was not heard from again after her departure from the rendezvous. Assumed to be the victim of a Japanese mine, she was declared lost on 6 March 1944. USS Scorpion (SS-278) went down with 77 officers and men.

Information on the USS Scorpion:  http://www.oneternalpatrol.com/uss-scorpion-278.htm 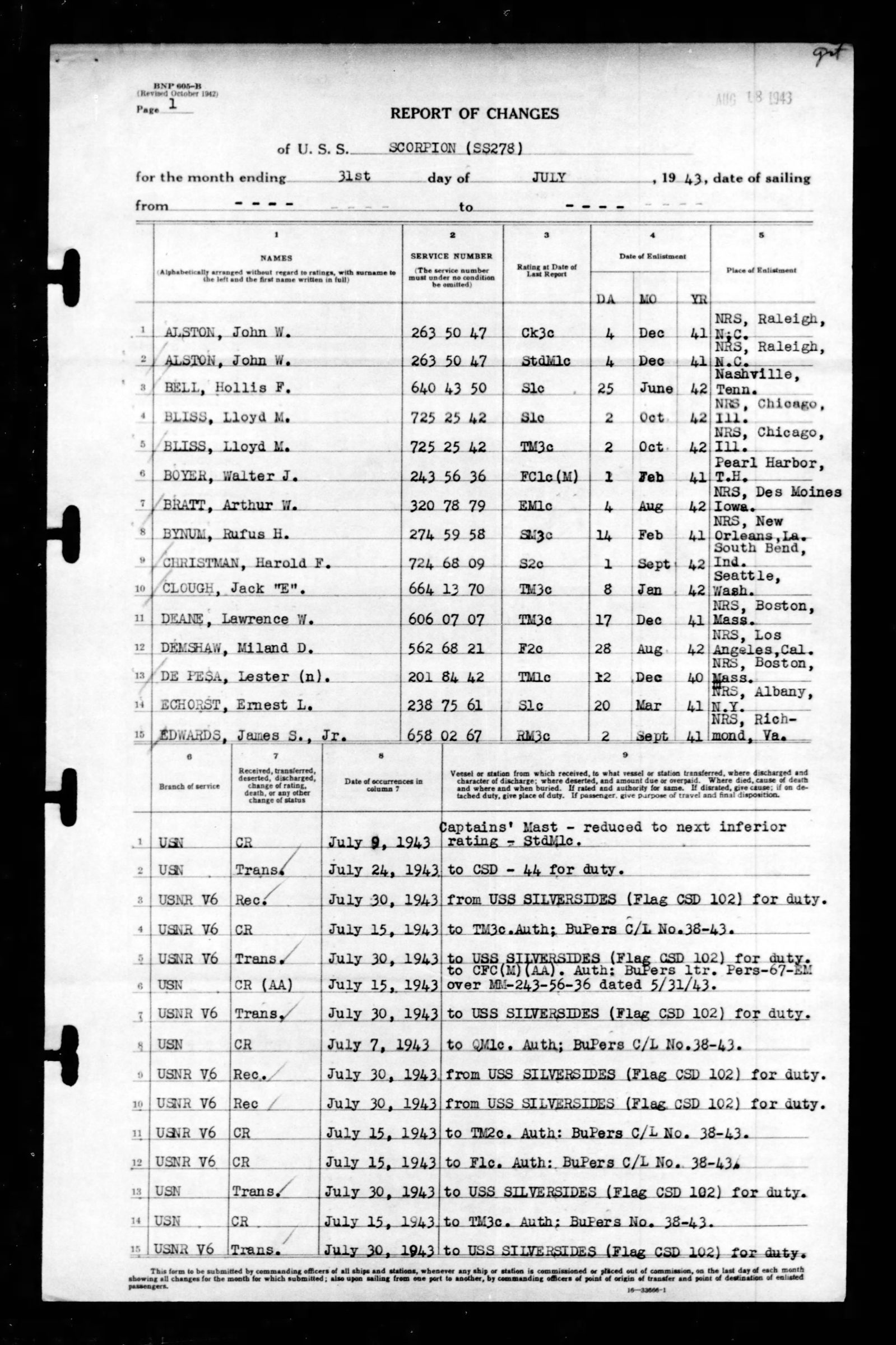 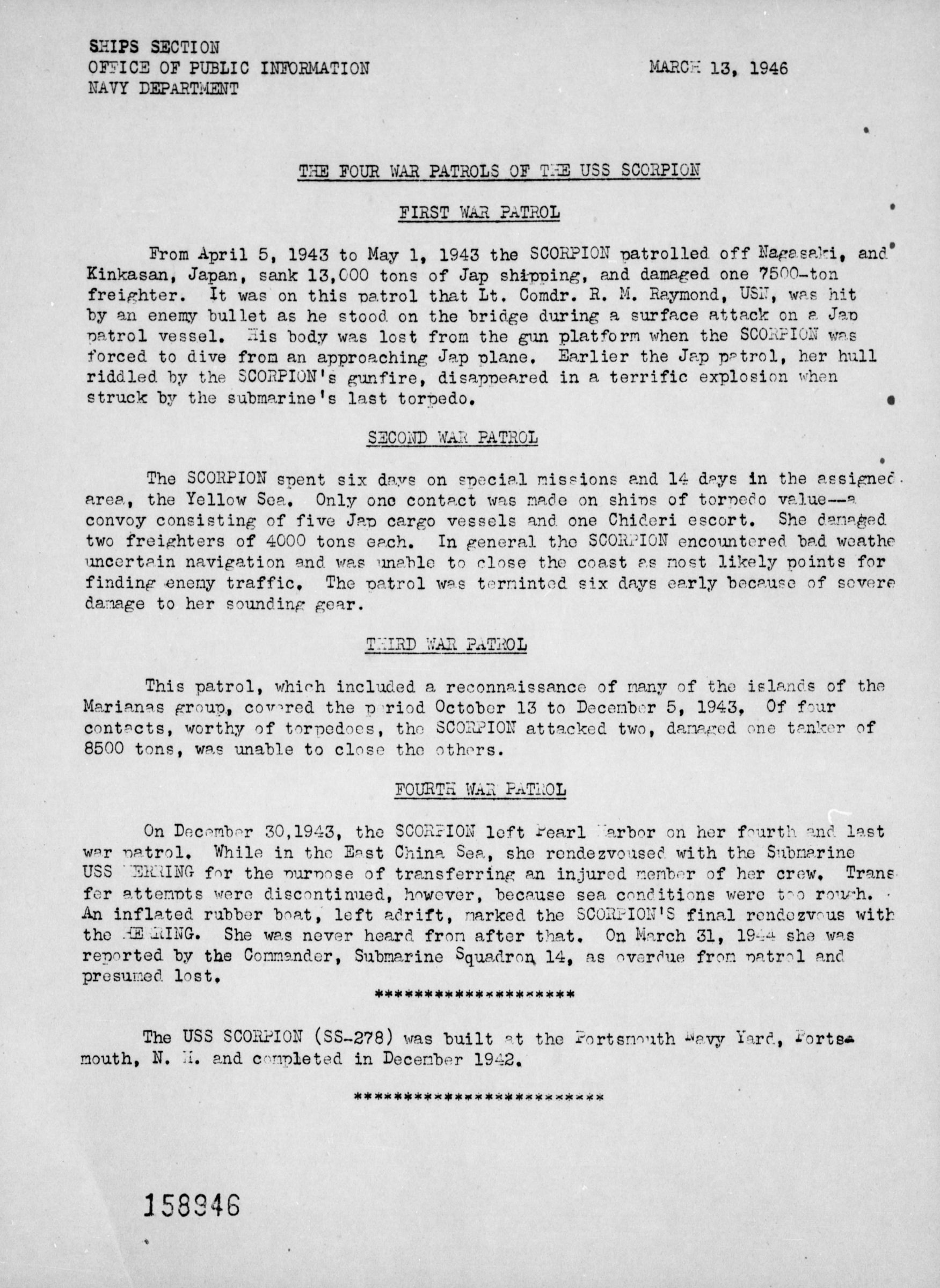