Holdman Lance Tanner was the son of Joseph Washington Tanner and Ida Collins.

Aircraft B-24J with serial number 44-40368 departed from Biak Island on a strike mission to Balikpapan, Borneo.

Statement from Major Leland I. Harter:
On 10 October 1944, 1st Lt. Leonard F. Temple and crew were participating in a strike to Balikpapan, Borneo. Lt. Craig and Lt. Temple of the 400th squadron were flying as a two plane element appended to the second element of the 319th squadron. Lt. Craig was flying as lead airplane with Lt. Temple on his right wing. The 319th squadron was leading the group, with their six planes flying in two elements of three plane V’s. The two 400th planes flew in the slot of the second element of the 319th.

Flying at 10,000 feet, at 1050/I, approximately 10 miles north west of the target (01 10 S – 116 56 E) a formation of six Hamps and Zekes made a high frontal attack on our formation, dropping plane to plane aerial burst bombs. One bomb hit the cockpit of Lt. Temple’s plane, causing it to go completely out of control. The plane pulled up, stalled, fell off to the right and went into a steep dive on course to the target area. One man was seen jumping from the plane just before it crashed into the water.

The plane was last sighted as it crashed and exploded near the target area. 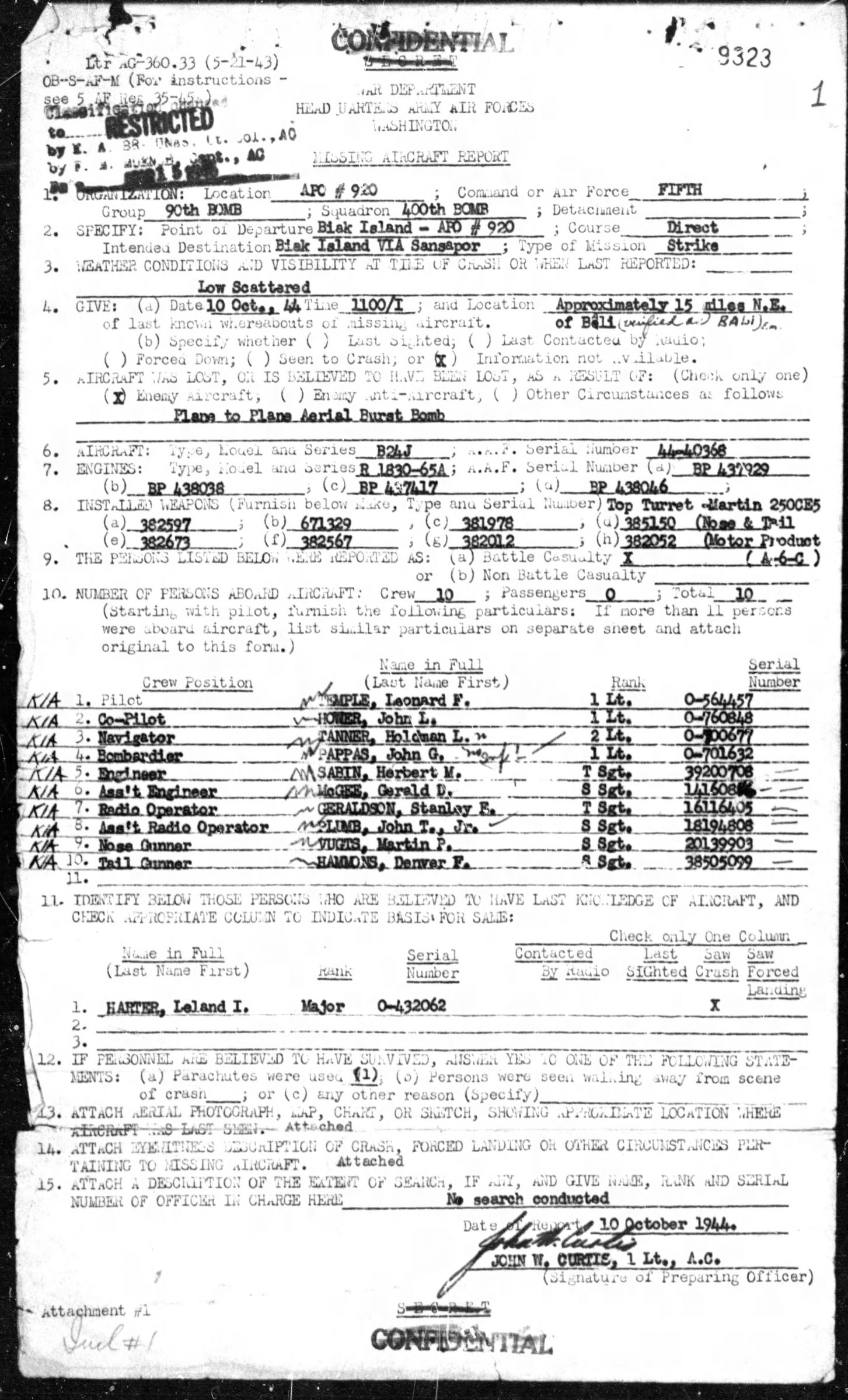