Hobert was born in Jonesborough, Washington County, Tennessee on 18 July 1901. He enlisted in the United States Army at Fort Oglethorpe, Georgia on 16 May 1918. Hobert fibbed about his age stating that he’d been born in 1898 and that he was 19 years old. In fact at the time he was only 16 years and 10 months old.

He was assigned to the Field Artillery and dispatched to Camp Jackson, Columbia, South Carolina for training. After arriving at the Field Artillery Replacement Depot (FARD), he was further assigned to Battery A, 5th Battalion for basic military training and to be trained as a light field artilleryman. He was one of the first to be trained there since the FARD had only organized eight days earlier on 8 May 1918. Hobert completed training on 8 July and was placed along with other newly trained artillerymen in the 7th Battery, Light Field Artillery -Replacement Draft-. They were then dispatched to New York City, New York to finish being outfitted and to be processed for overseas service.

Hobert along with 43 other Americans boarded His Majesty’s Ship (HMS) Arlanza, an Armed Merchant Cruiser and a United Kingdom flag carrier on 21 July 1918. They steamed out of New York Harbor enroute to Liverpool, England the next day, 22 July at 1035 (10:35am). Tragedy struck the Arlanza and Hobert the following day on 23 July when he was training as one of six with a British gun crew. While they were loading the number three 6-inch gun on the starboard (right) side the artillery shell prematurely exploded killing two and seriously wounding Hobert and the others at 0950 (9:50am). A third sailor died that same day at 1400 (2pm).

Hobert was a fighter, but his wounds were too severe and he passed away two days later on 25 July at 0520 (5:20am). He had just turned 17 years old seven days prior. Hobert’s body was prepped and after a committal service his body was committed to the deep at 1405 (2:05pm) at Latitude 39.5N and Longitude 53.1W in the Atlantic Ocean. He’s listed on the Tablets of the Missing, Suresnes American Cemetery, Suresnes, a suburb in western Paris, France and he also has a memorial marker at the Henry Deakins Cemetery in Jonesborough, Tennessee.

Hobert was the youngest son of Thomas Elbert Leonard and Susan Miller. Susan died just one year and six days after Hobert of pulmonary tuberculosis, but it was also said that she died from a broken heart that had never healed from losing her baby boy Hobert.

NOTE: The other two British sailors survived and were taken to hospital after they arrived Liverpool, England. 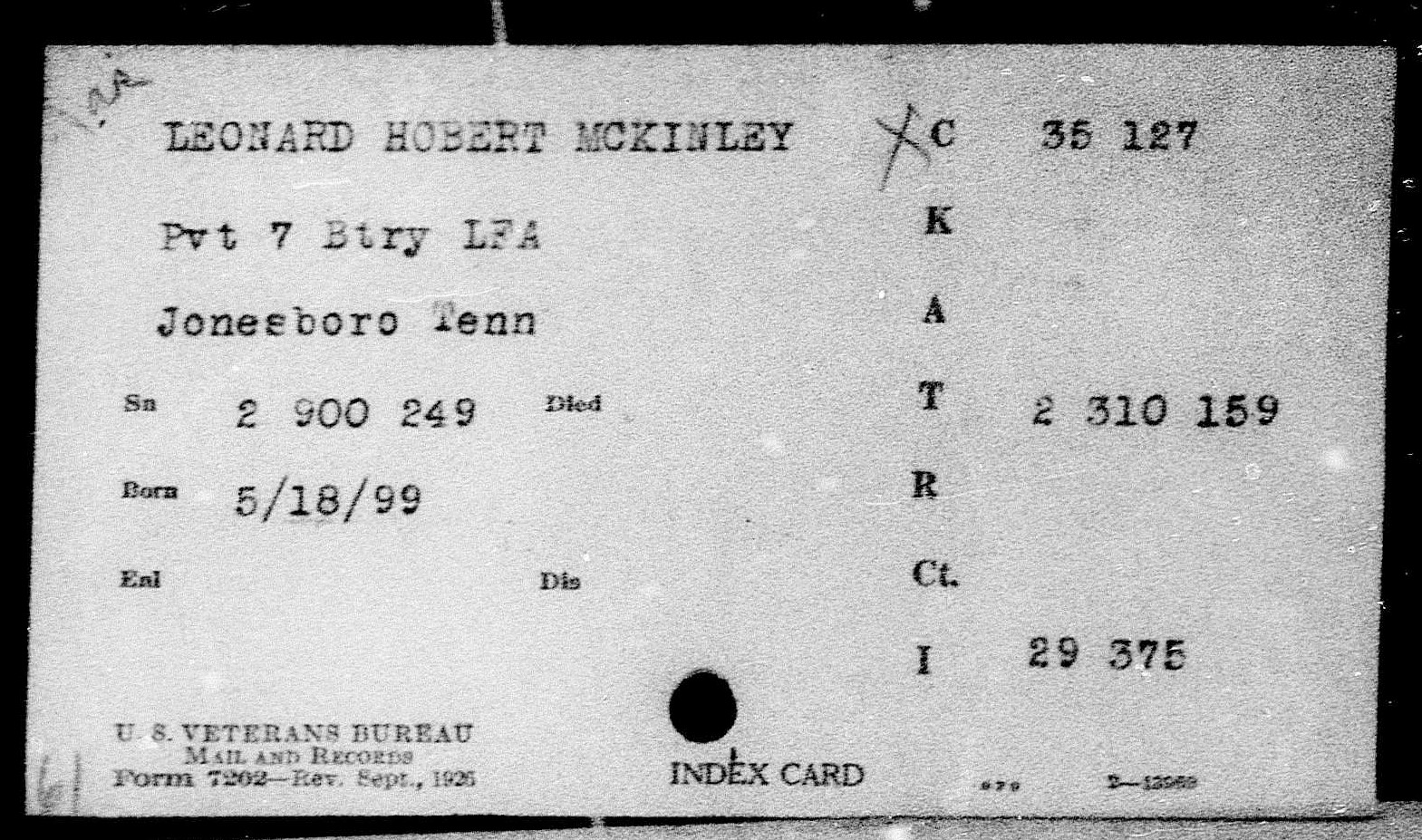 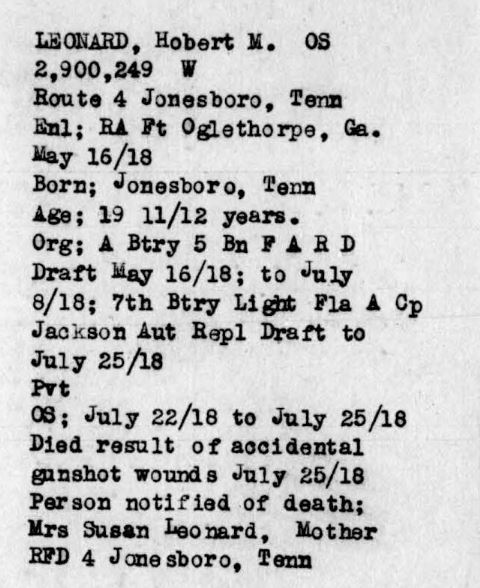 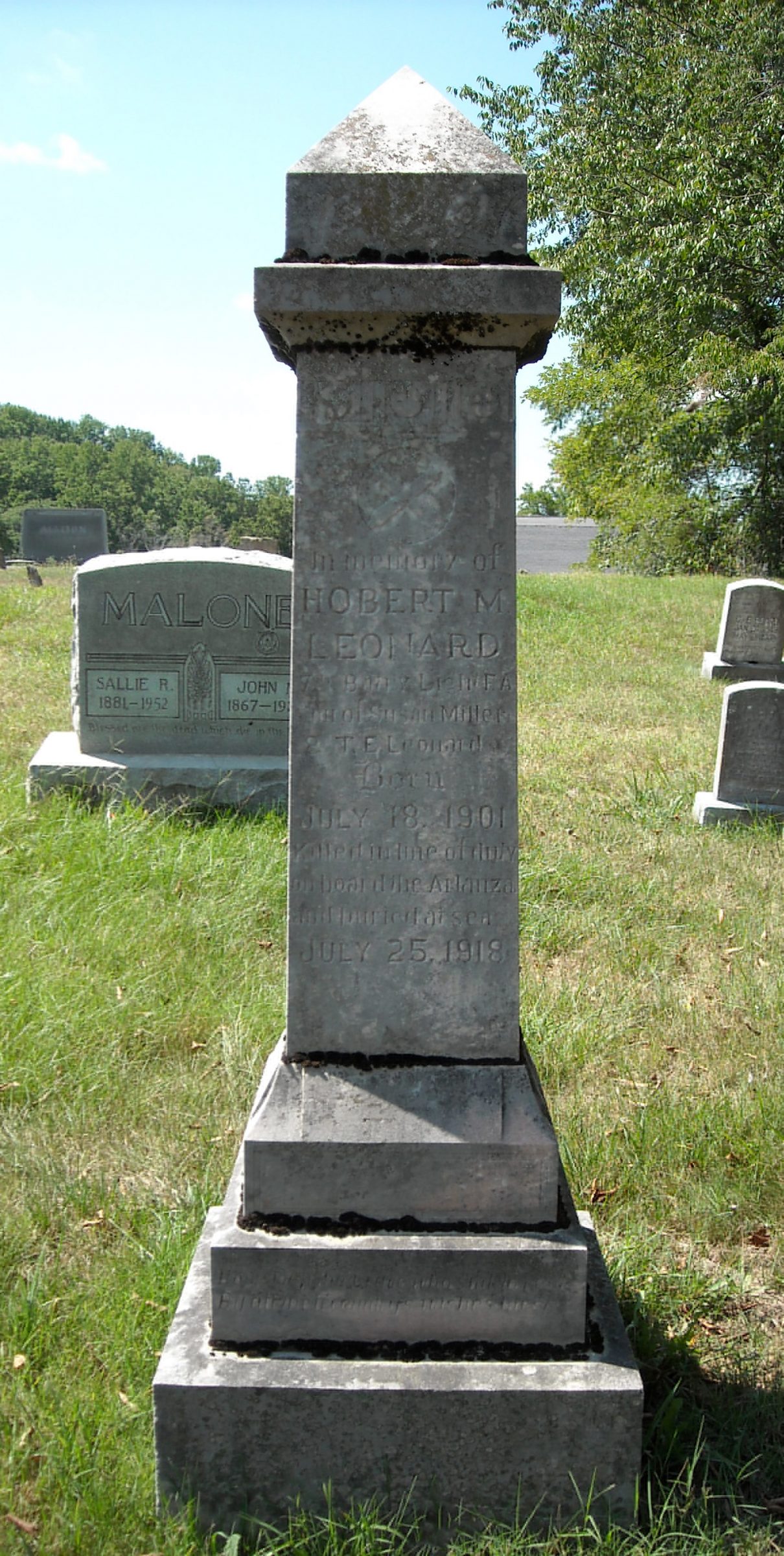 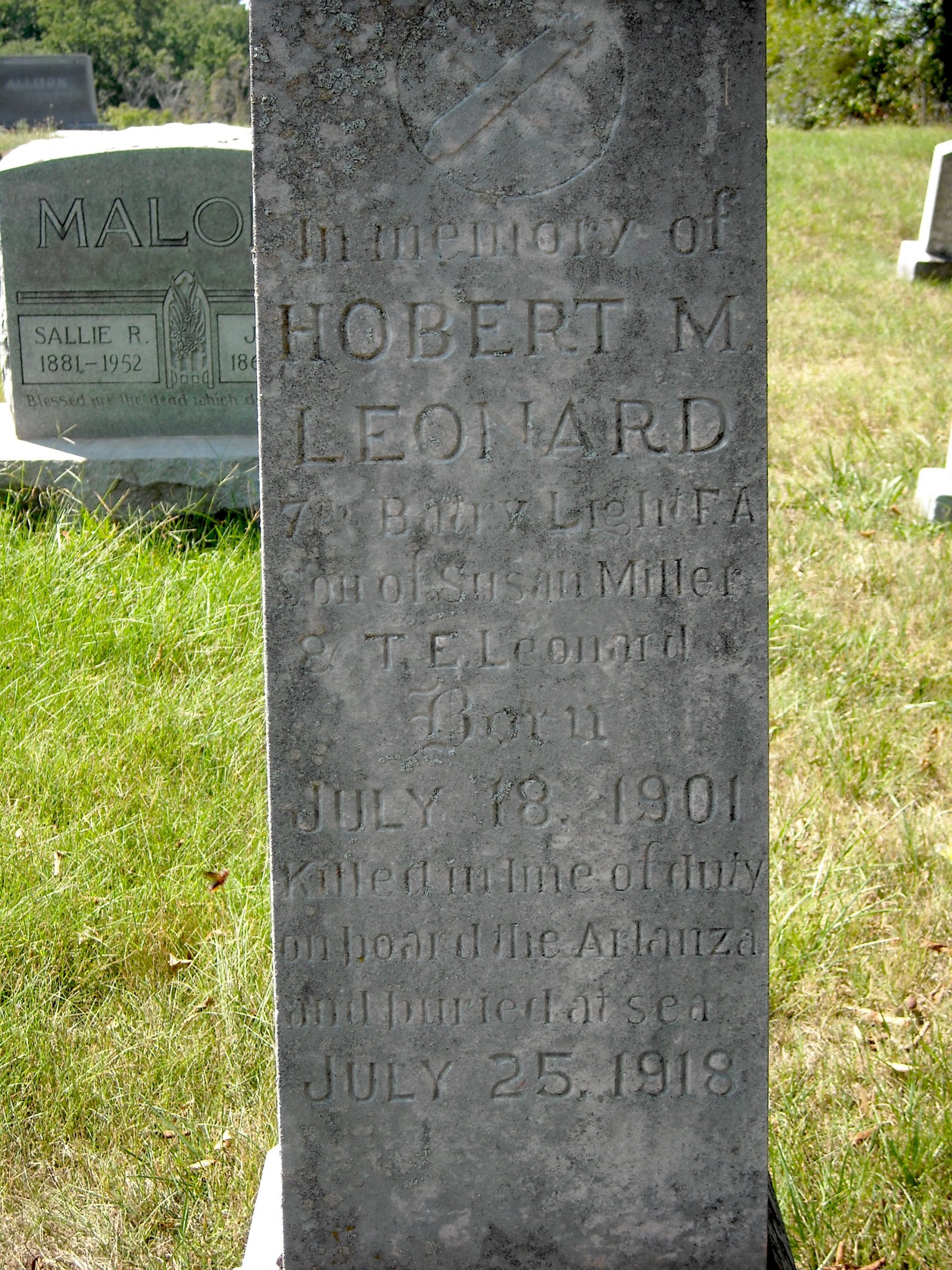 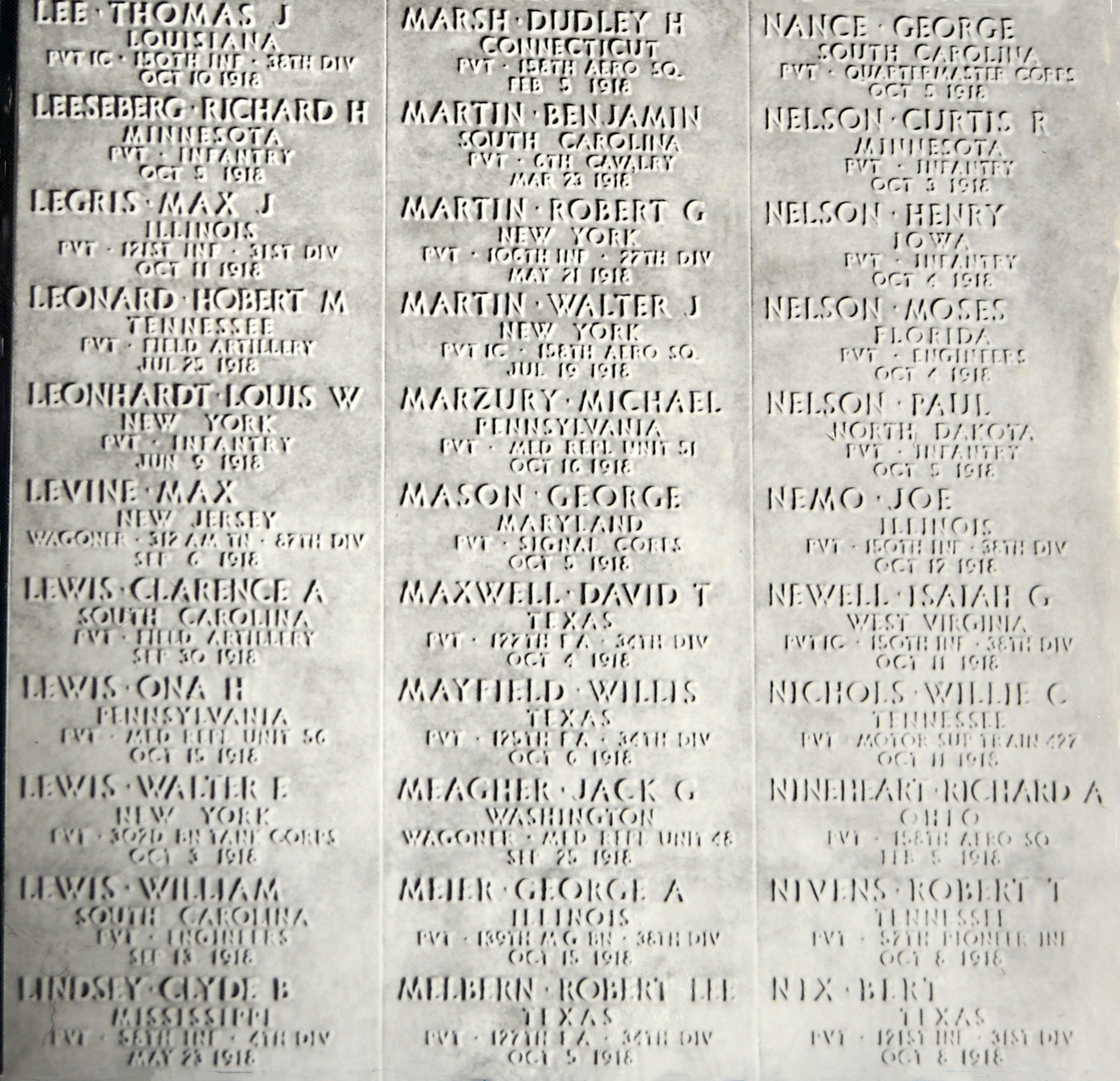