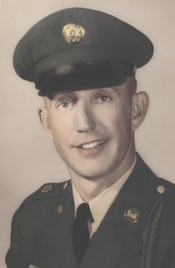 Staff Sergeant Hobart Earl Covington was born on August 3, 1936, and was originally from Seymour, Tennessee. He served his country in the Vietnam War in the United States Army, as an equipment operator in A Company, 554th Engineering Battalion, 79th Engineering Group, 20th Engineering Brigade. He was a 14-year veteran of the Army when his tour in Vietnam began on April 26, 1968. Ten months into his tour, on February 26, 1969, SSgt. Covington was killed under hostile conditions in Hau Nghia province, South Vietnam. He was 32 years old at the time of his death. SSgt. Covington is buried at Highland South Cemetery, Highland Park (Knox County), Tennessee, and is memorialized on the Vietnam Veterans Memorial on Panel 31W, Line 65. 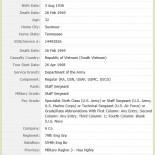