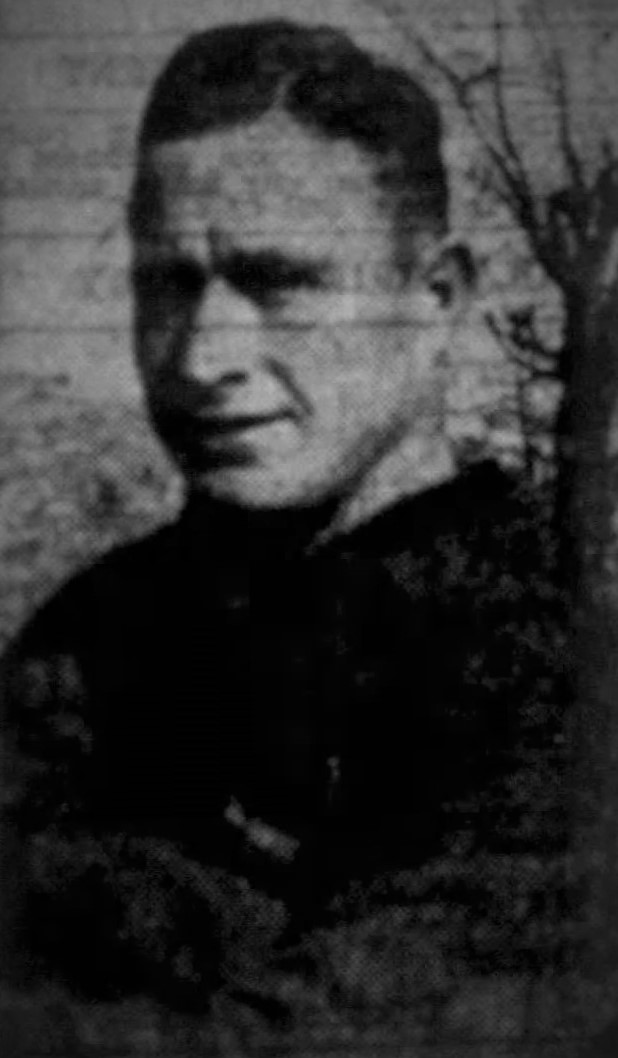 Private First Class Manis was a member of Headquarters Company, 279th Infantry Regiment, 45th Infantry Division. He had a vehicle accident and was taken to the 121st Evacuation Hospital where he died on December 15, 1953. 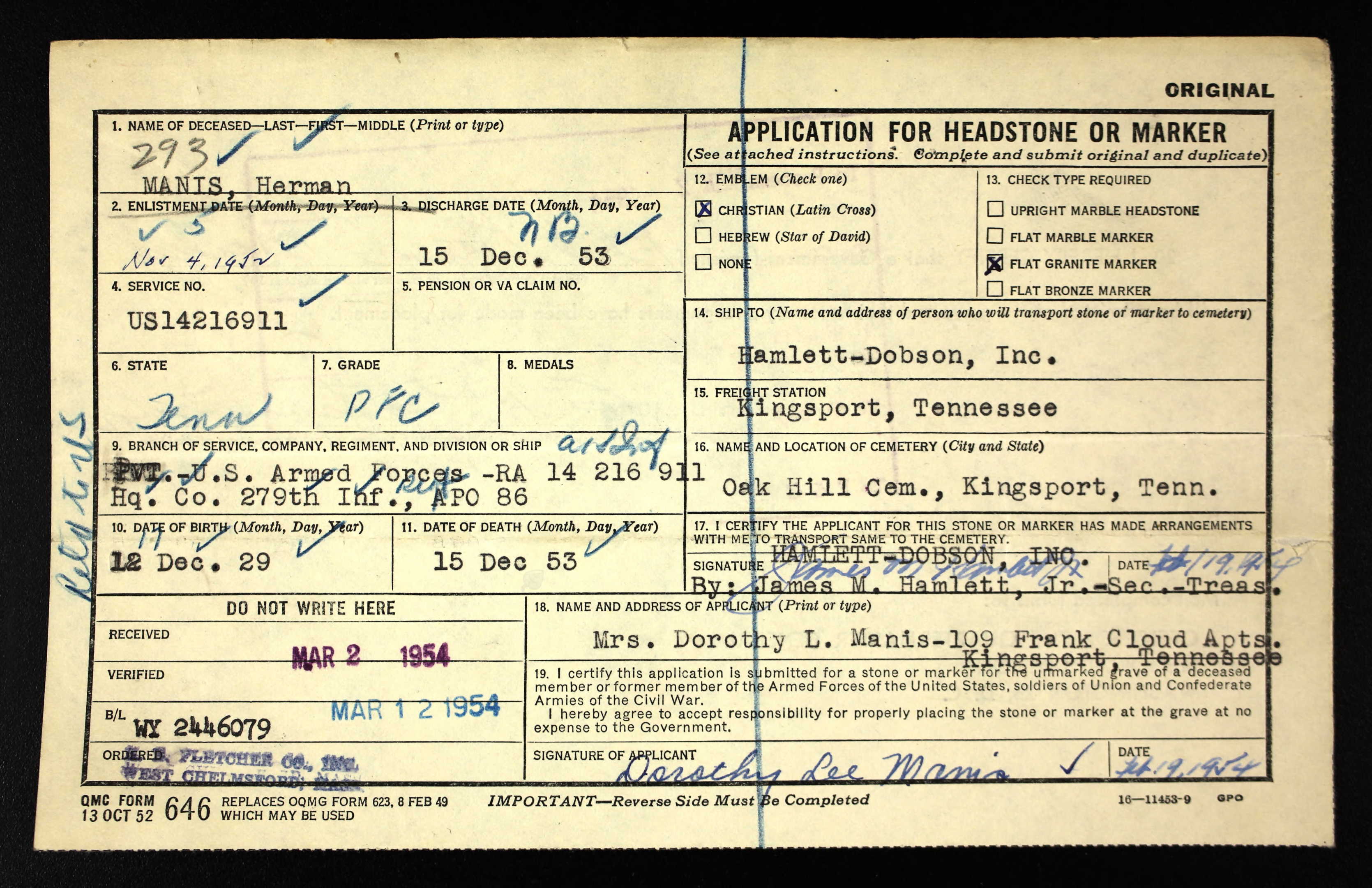 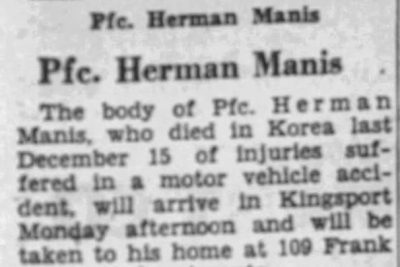