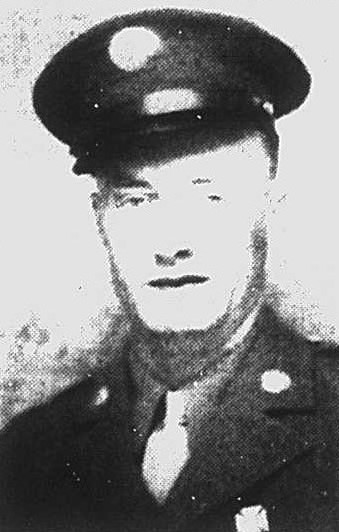 The Greeneville Sun, March 19, 1943
Pvt. Herman B. Pierce has completed his basic training at Camp Wolters, Texas and has been transferred to Mississippi. He writes that he is fit and has gained 14 pounds. He would be glad to have his friends write him. He new address is; Pvt. Herman B. Pierce, Co. C, 5th Infantry, ASN 34491422, Camp Van Dorn, Mississippi.

The Greeneville Sun, Friday November 19, 1948
The body of Pfc. Herman B. Pierce was one of four of Greene County’s World War Dead to arrive in Greeneville on the same train this morning. Pfc. Pierce was killed in action in Italy on April 17, 1945. He was a member of the Fifth Army and saw thirty-six months of service, eleven months of this time having been served overseas. Funeral services will be held at Mt. Sinai U.B. Church.
Pfc. Pierce, a member of a well known Greene County family, is survived by six brothers, Kin, Melvin, Elbert, Dolphus and Bascom Pierce and two sisters, Mrs. Willie Yates and Mrs. Elizabeth Jones, all of Greene County. 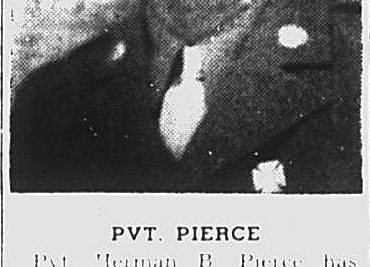 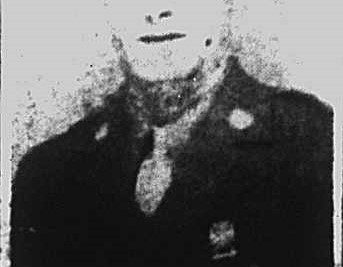 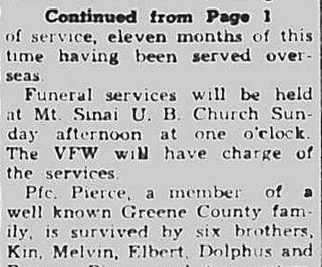