Herbert Lawrence Payne was born in McMinn County, Tennessee, to Uriah McDaniel Payne and Ella A. Lawrence. He enlisted on 24 February 1913 at Fort William H. Seward, Alaska was promoted to Private First Class on 10 August 1919, to Corporal on 8 June 1917 and to Sergeant on 10 November 1917.

Sgt Payne went overseas on 5 May 1918. He was engaged in the Marne Offensive. He died of wounds received in action on 11 August 1918 at the age of 30. He was initially buried at the American Cemetery, Seringes-et-Nesles, Aisne, France. He is buried at Arlington National Cemetery in Virginia, 2076. 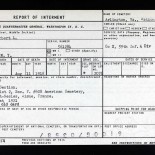 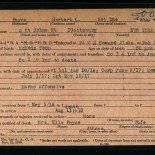 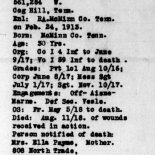 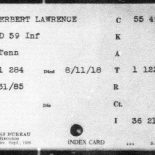