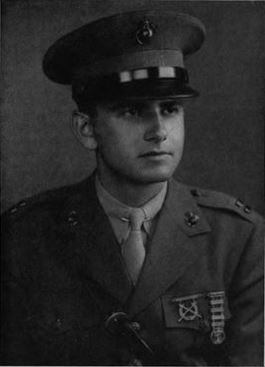 The Kingsport Times 2 April 1944
Herbert Davis reported killed in action.
Captain Herbert L. Davis, young Knoxville Marine Corps officer who has been reported killed in action in the Pacific area, is the son of Harry Davis of Knoxville, owner of the Blossom Shop here.
His parents received notification earlier this week of his death, and it is believed he fell at Eniwetok in the Marshall Islands. He had seen previous action in the Ellice Islands and on Kwajalein, first of the Marshalls to be taken by the Marines.
Captain Davis had been overseas for 21 months. He received his training at Quantico, Va., where he was commissioned in 1942.
In addition to his parents, he is survived by a sister, Miss Blossom Davis and two brothers, Captain Daniel Davis of the Army Medical Corps and PFC Martin Davis, East Tennessee Medical School. 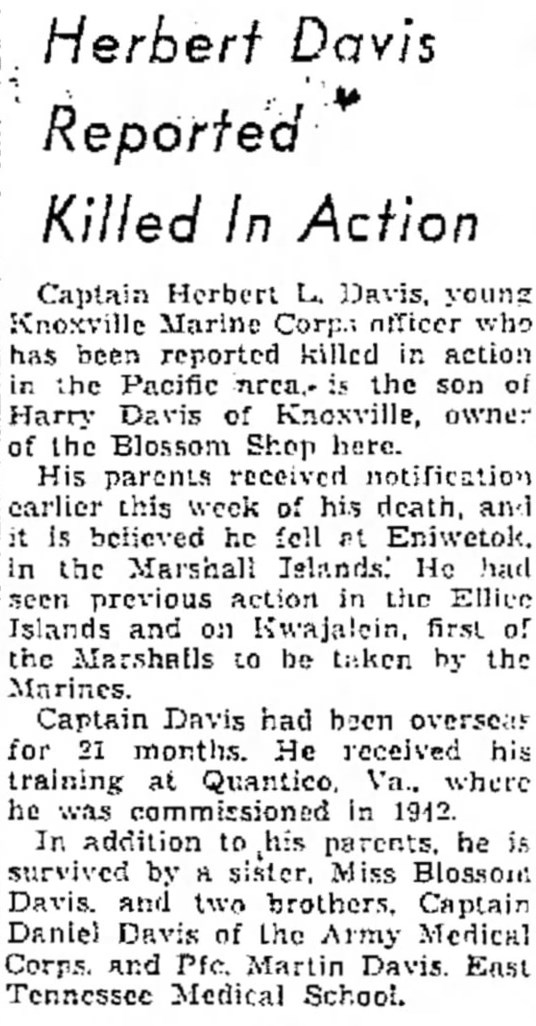 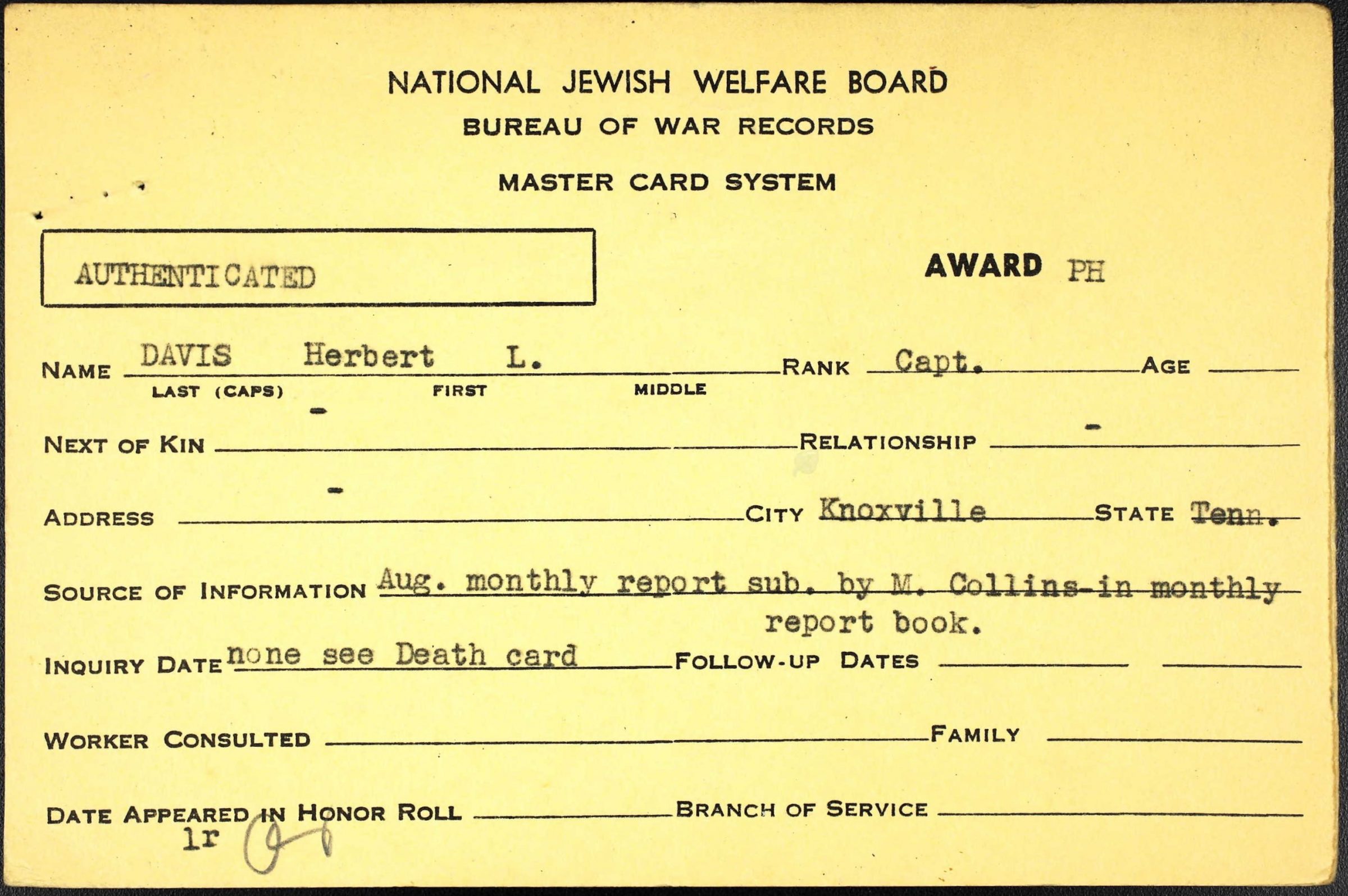 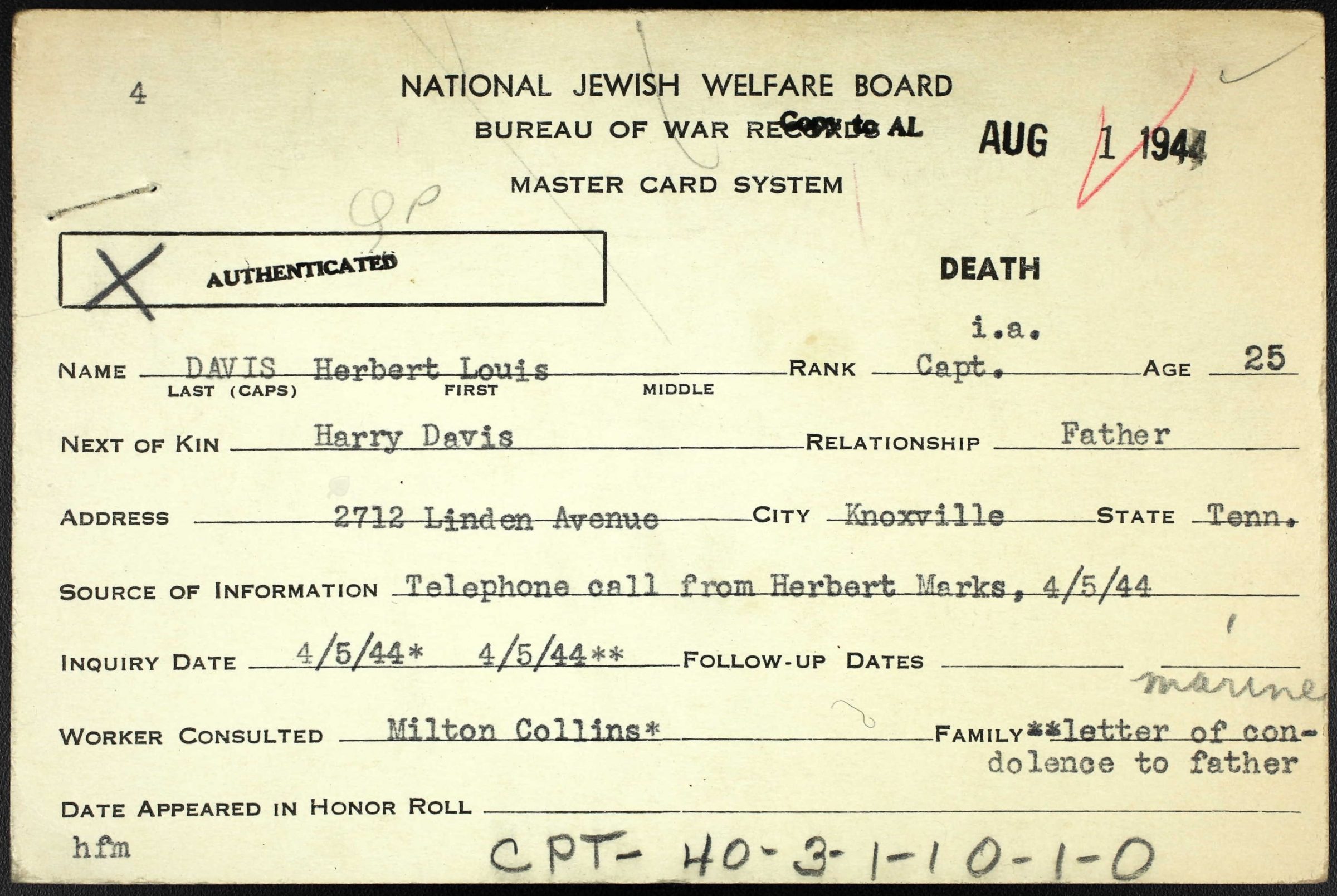 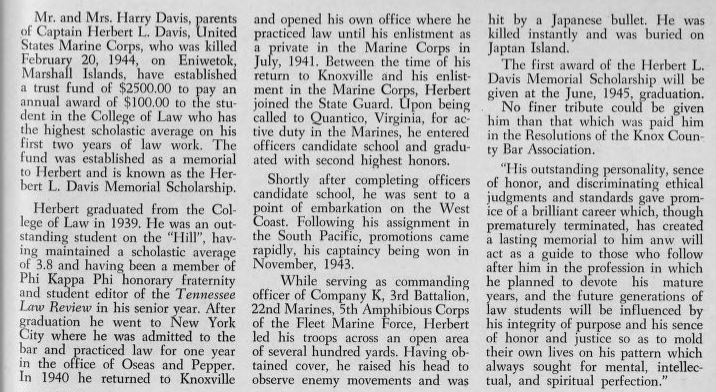 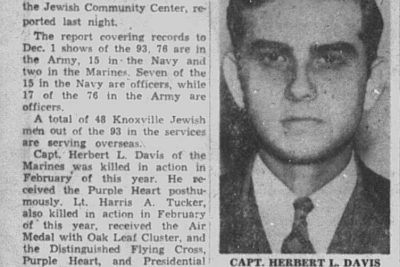 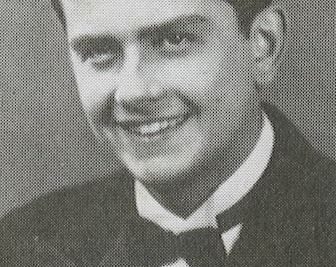