Herbert G. Williams was born around 1916 in Tennessee, the son of Decatur G. Williams and Viola Burchfiel. He married Lettie Henderson on 30 March 1935 in Jefferson, Tn.

The Knoxville Journal, March 23, 1945
Pfc. Herbert G. Williams, 29, husband of Mrs. Lettie Williams and son of Mr. and Mrs. Decater Williams of Dandridge, was killed in action Feb. 27 in Germany, the War Department has notified his wife. Williams entered service a year ago and had been overseas six months. In addition to his wife and parents, he is survived by four children, a brother and a sister. 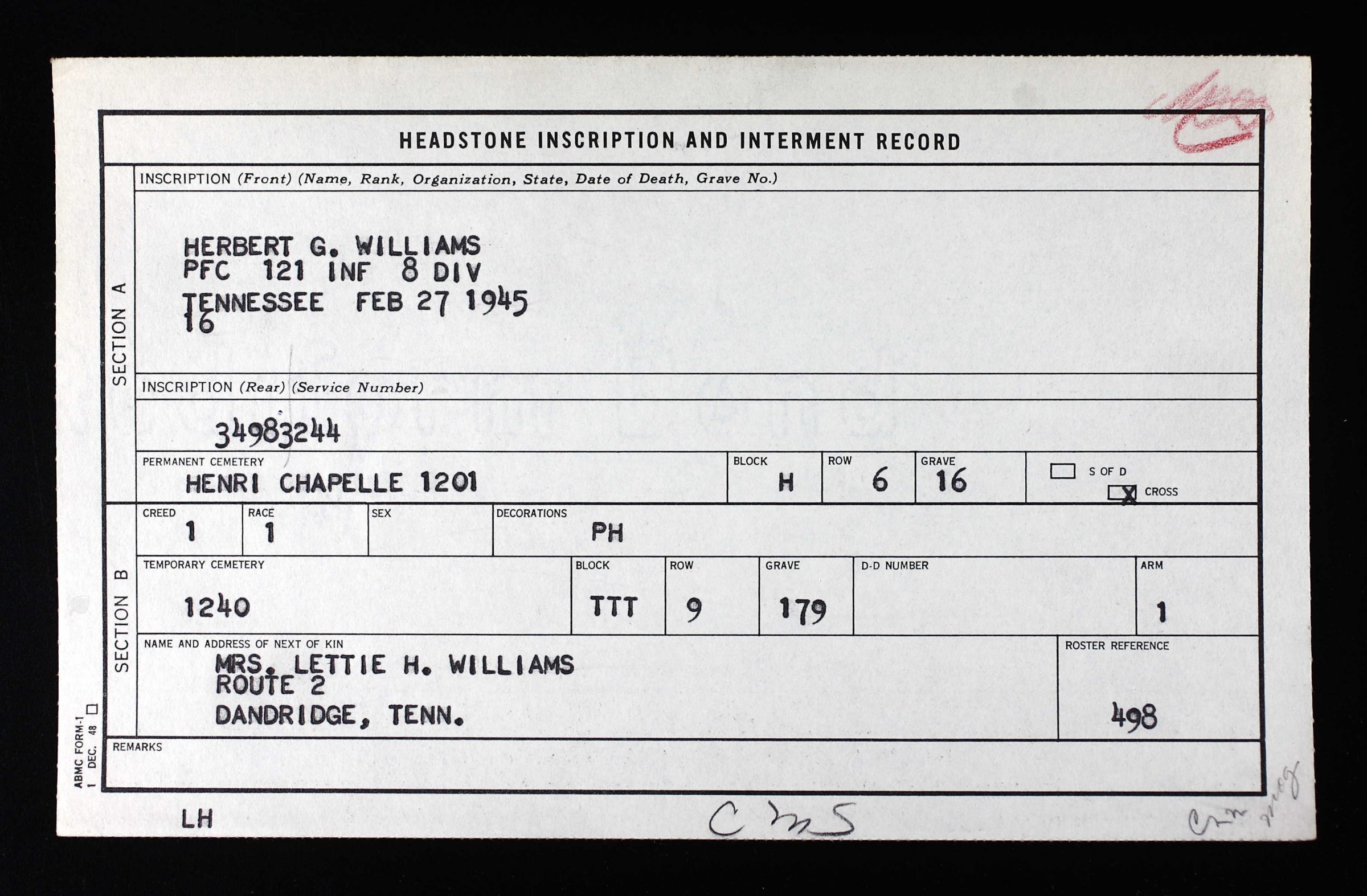 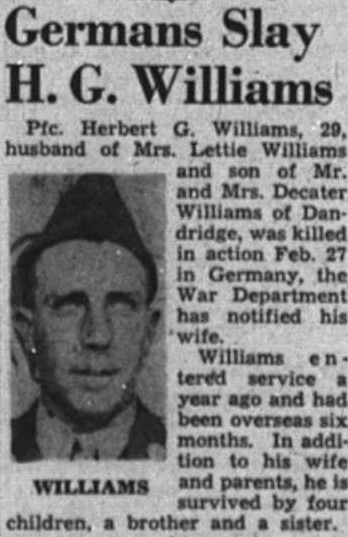