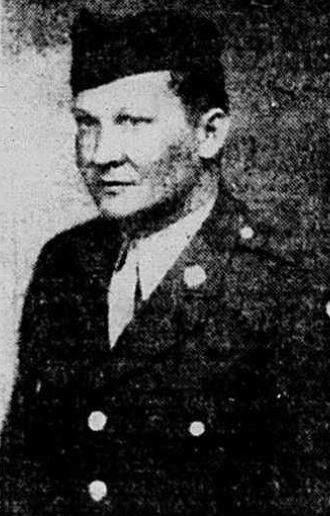 Herbert George Cross was born in Bristol, Tennessee on 18 July 1913. He enlisted on 12 February 1942 at Fort Oglethorpe in Georgia and died non Battle 23 August 1944 in an airplane accident in Freckleton, England

At 10.30am on the morning of Wednesday 23 August, 1944, two American Liberator heavy bomber aircraft left Warton Airfield on a routine test flight.
But they were soon in trouble as the weather turned, and the aircraft crashed into the village of Freckleton. The crash destroyed the Holy Trinity Church of England’s reception classroom and the Sad Sack Snack Bar. A total of 61 adults and children died. One of the teachers killed had only arrived at the school the day before. Miraculously the children in the rest of the school were unharmed. At the time of the crash the small village of Freckleton was called Little America with 10,000 Americans based there. Air force crew at the base serviced and repaired aircraft.

Seven American servicemen stationed at BAD2 also died in the destruction of the Sad Sack Café. One of them was Corporal Herbert Cross from Bristol, Tennessee. He was a high school graduate and attended college for three years. Cross worked in the maintenance division. 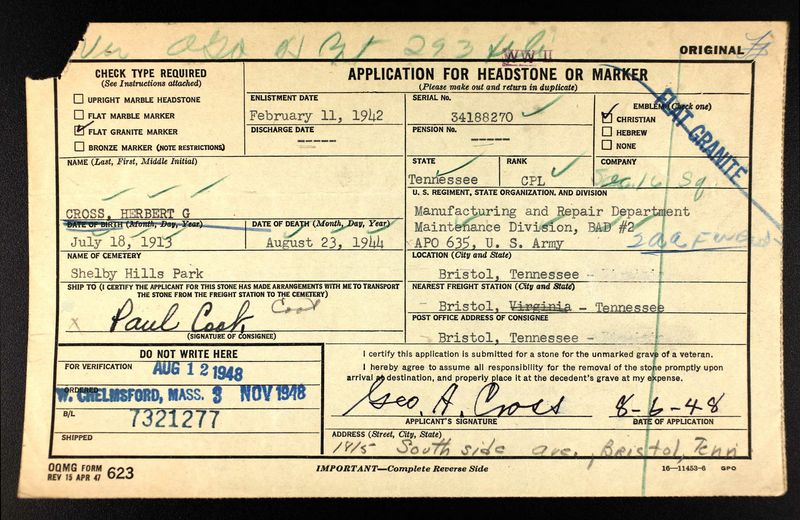 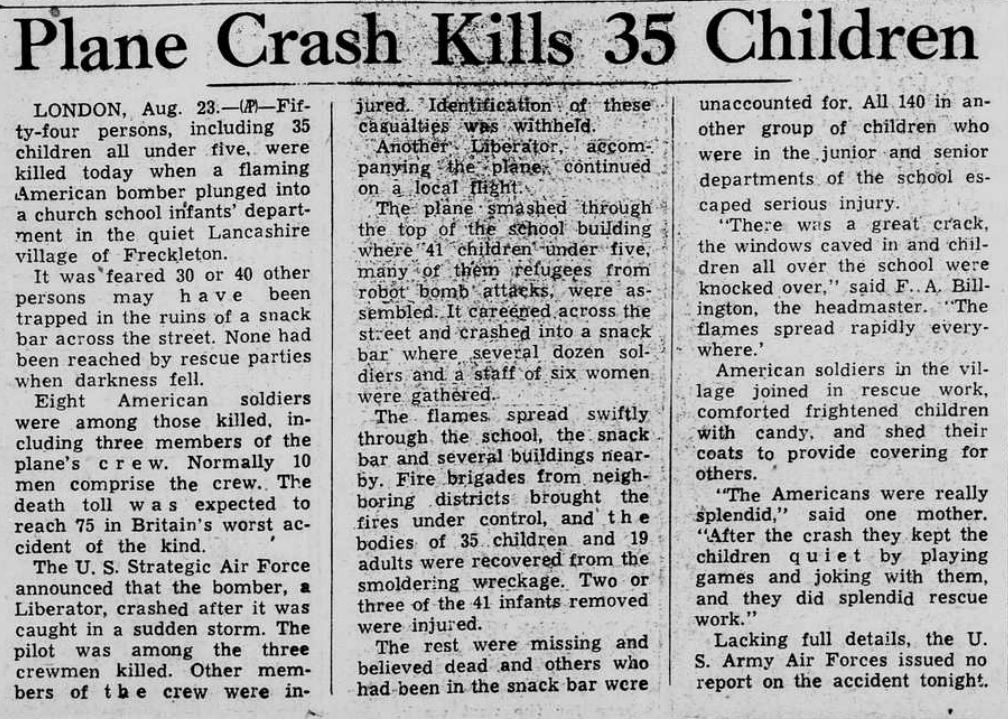