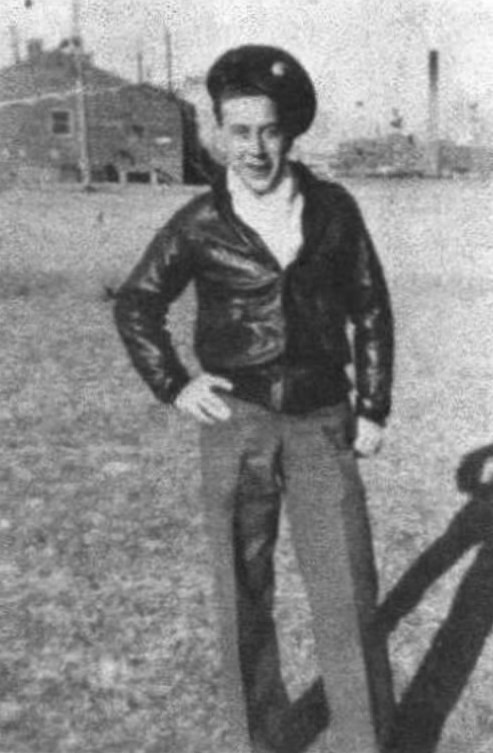 TSgt. Herbert B. Cummings was repatriated back to the United States after the war and funeral services were held January 23,1949, at Zion Hill Baptist Church. Buried in Zion Hill Cemetery, Sevier County, TN.

Aircraft B-17G with serial number 42-107105 departed from Chelveston in England in a Heavy bombing mission. The aircraft crashed 4 km south of Gedser (Denmark) over the sea. Herbert B. Cummings was washed ashore on 26 August 1944 at about 1930 hours, 10 km south of Roedby-Havn and was recovered by Danish fisherman.  He was initially buried on a Cemetery on Seeland in Denmark.

Statement from S/Sgt Norman G. DeLorme
A/C no. 105 was flying off left wing of A/C no. 602, after leaving Germany, while over the Baltic Sea, at 1539 hours. A/C No. 105 passed under A/C No. 602 and came up under right wing on other side. I saw one man bail out of the nose hatch, and saw his parachute open. A/C No. 105 pulled up and headed toward Sweden. Six more men bailed out and all parachutes opened. The stricken A/C headed back toward Germany and started circling slowly down to the water, reaching, after a span of ten minutes, a point near land. I saw the geyser of water shoot up into the air when the plane struck. It may have been white smoke. All the parachutes came down in the water, and there were no boats nearby.

It is not known whether the ship suffered battle damage from anti-aircraft fire, or enemy aircraft, or whether the loss was due to mechanical failure. 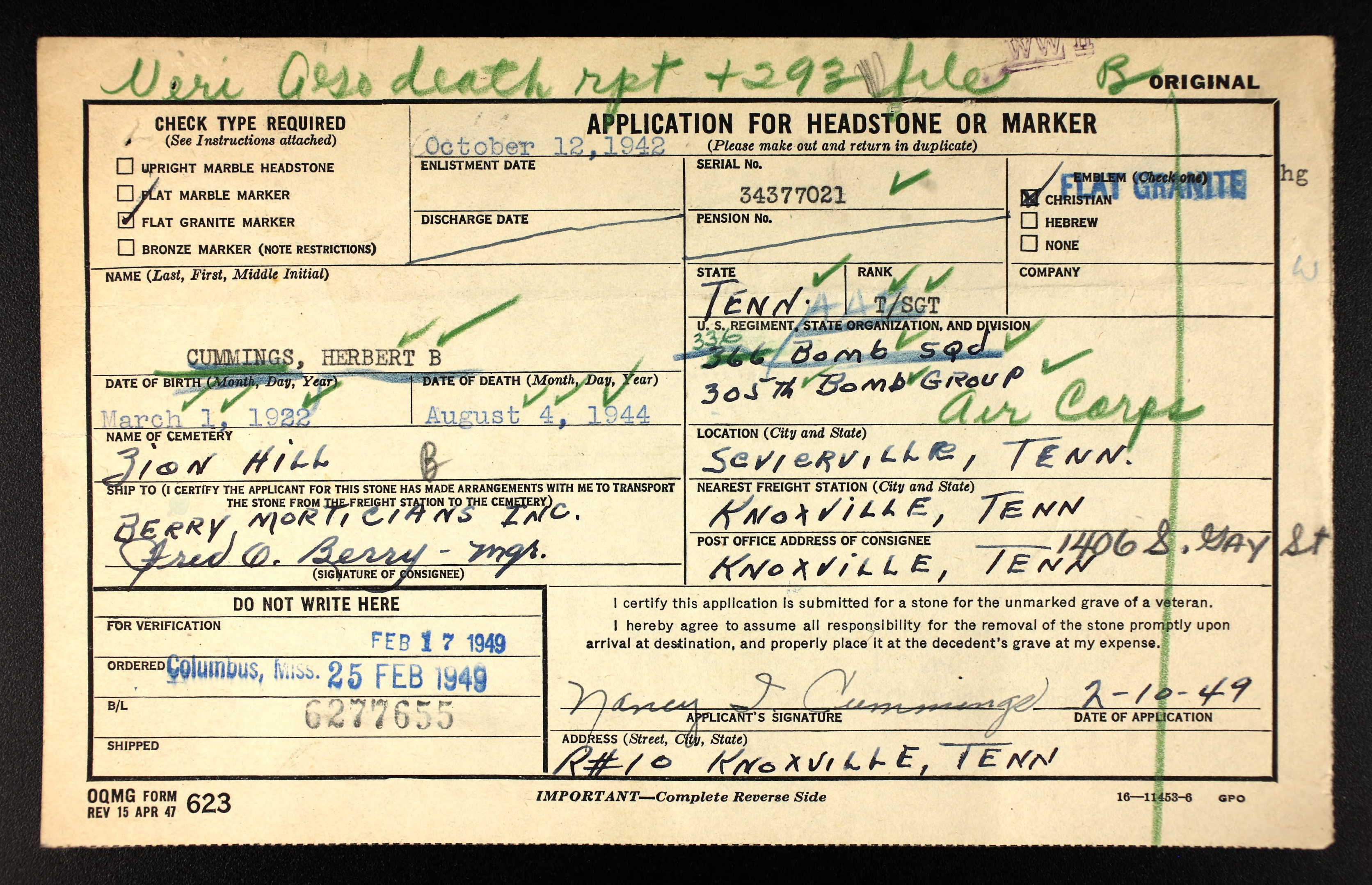 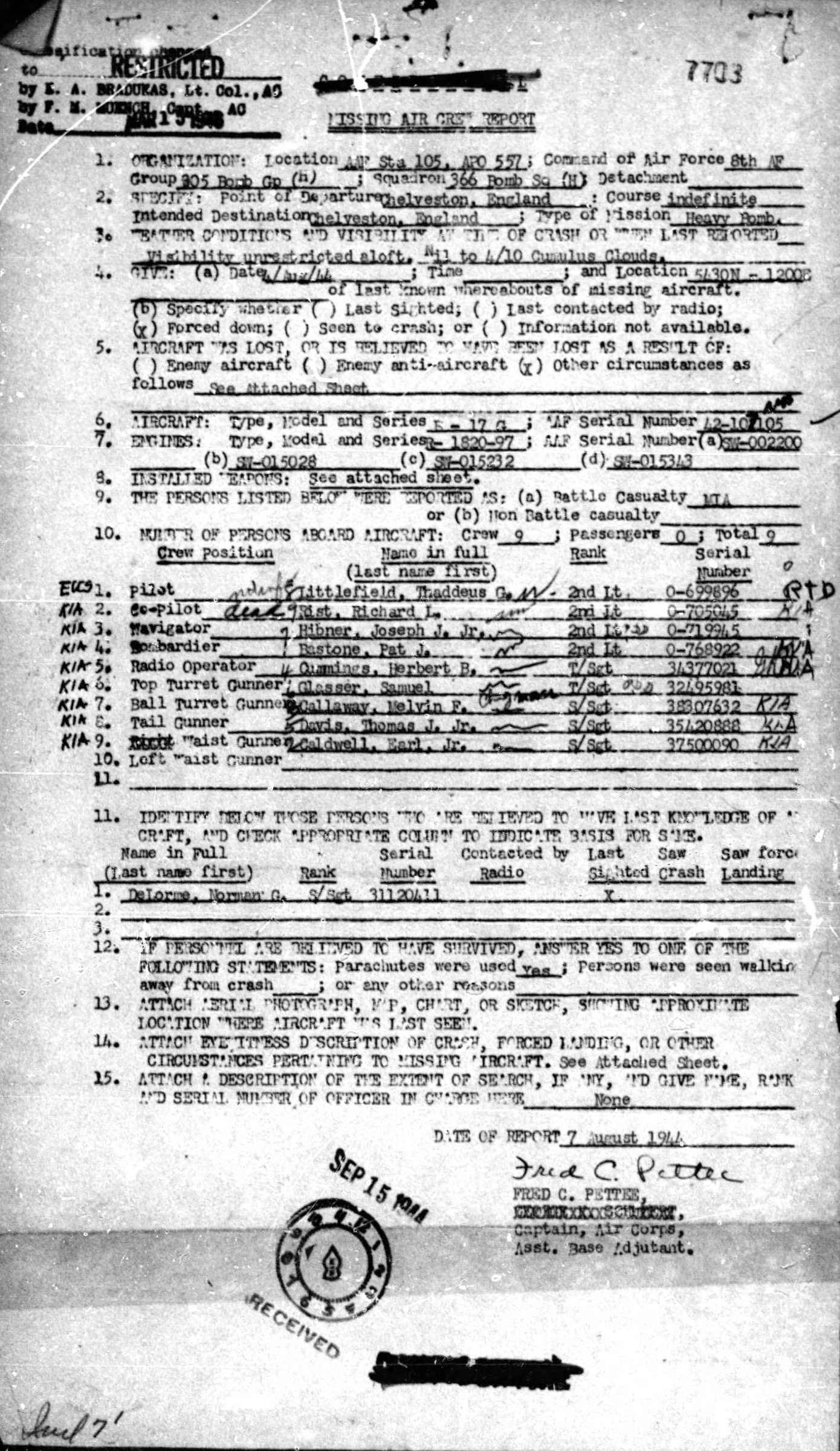 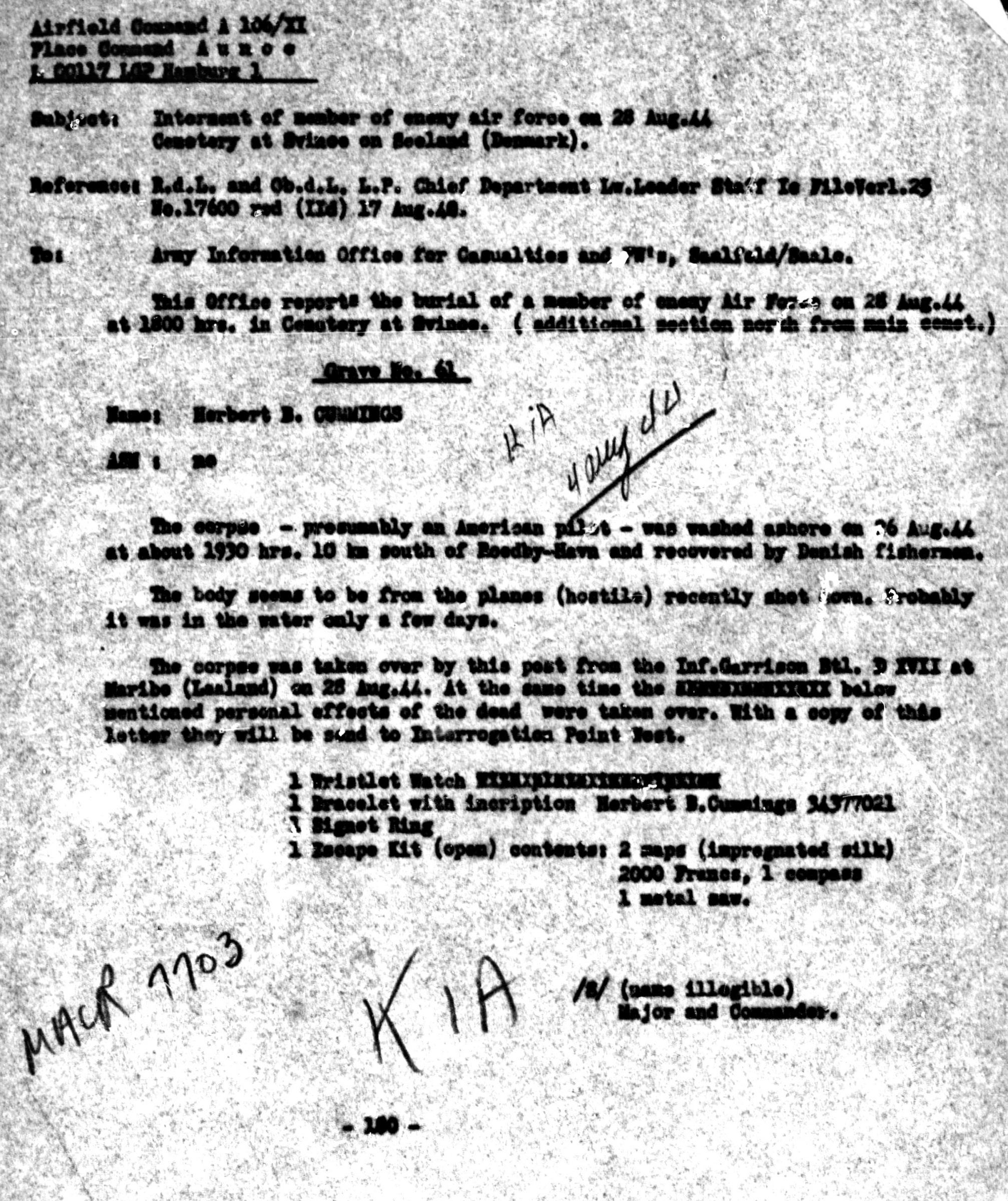