Captain Patton was the husband of Osborne (Ossie) Price Morris and father of Davic C. and Henry W. Patton.
He served as Commander (MC) on the U.S.S. Crescent City in March, 1943 and was medical director of the United States Naval Hospital at Aiea Heights in Hawaii. He was initially buried at the Oahu Halawa Cemetery, Hawaiian Islands. He is buried at Arlington National Cemetery in Virginia, 12, 2831.

The Stars and Stripes Newspaper, 12 June 1945
Captain Henry W. Patton, 46, executive officer of Aiea Naval Hospital, died suddenly Sunday morning at the hospital. A member of the Navy Medical Corps since 1925, Captain Patton had been at Aiea since last September, following transfer from the Pearl Harbor Naval Hospital. 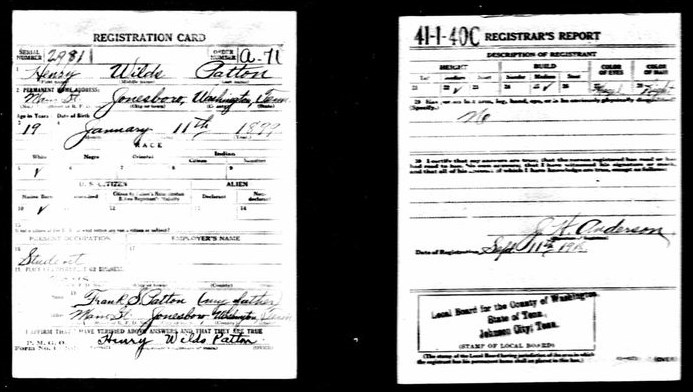 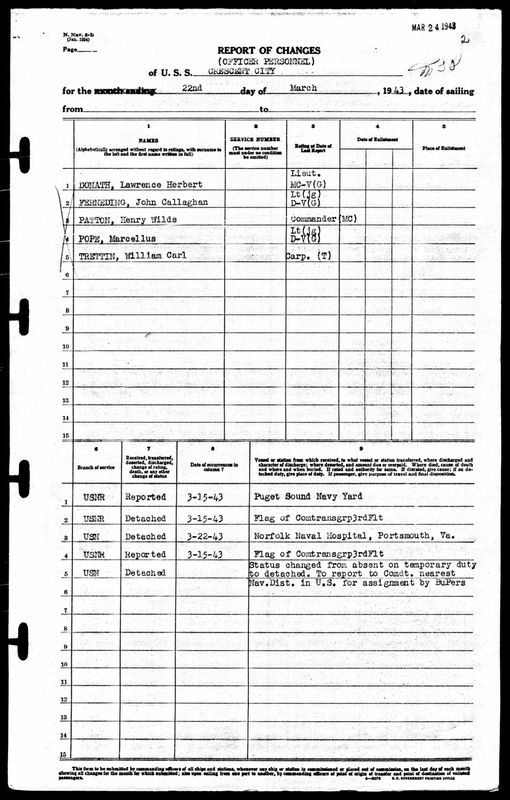 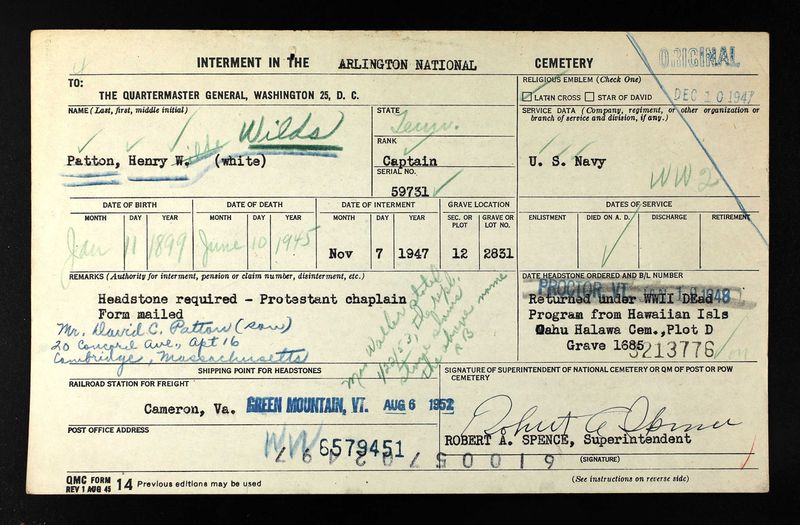