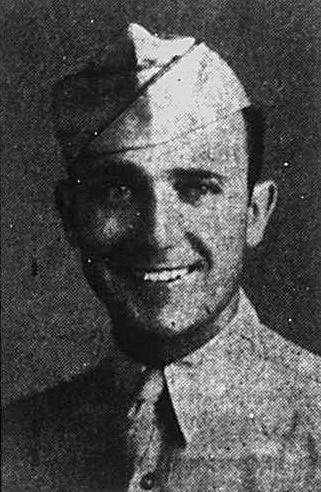 Aircraft B-17G with serial number 43-37875 departed from Sudbury, England on a tactical mission to Brest in France. The aircraft was caught in the prop wash of the element lead A/C and was forced down on A/C 949. Lt Stuart saw A/C 875 break into three sections and crash to the ground and burn. One chute was seen to open. The aircraft crashed at Brest in France.

The Cleveland Herald, November 17, 1944
Sgt. Henry Ottis Hewett, 27, husband of Mrs. Elva Bell Hewett, was killed in action on September 8, somewhere over France. Sgt. Hewett was a ball turret gunnero n a B-17 Flying Fortress with the Eighth Air Force based in England. He had completed five missions over Denmark and France before his death. 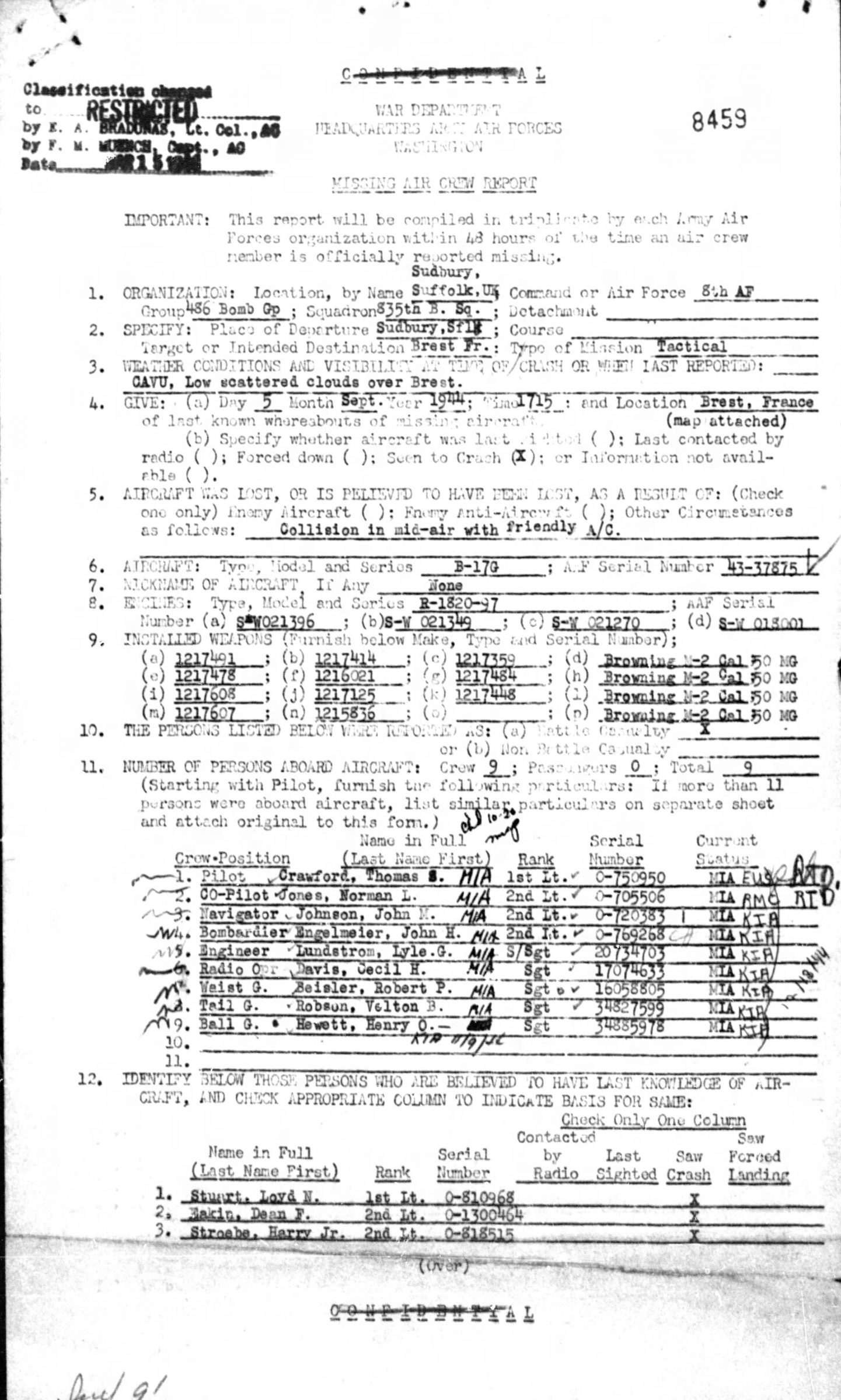 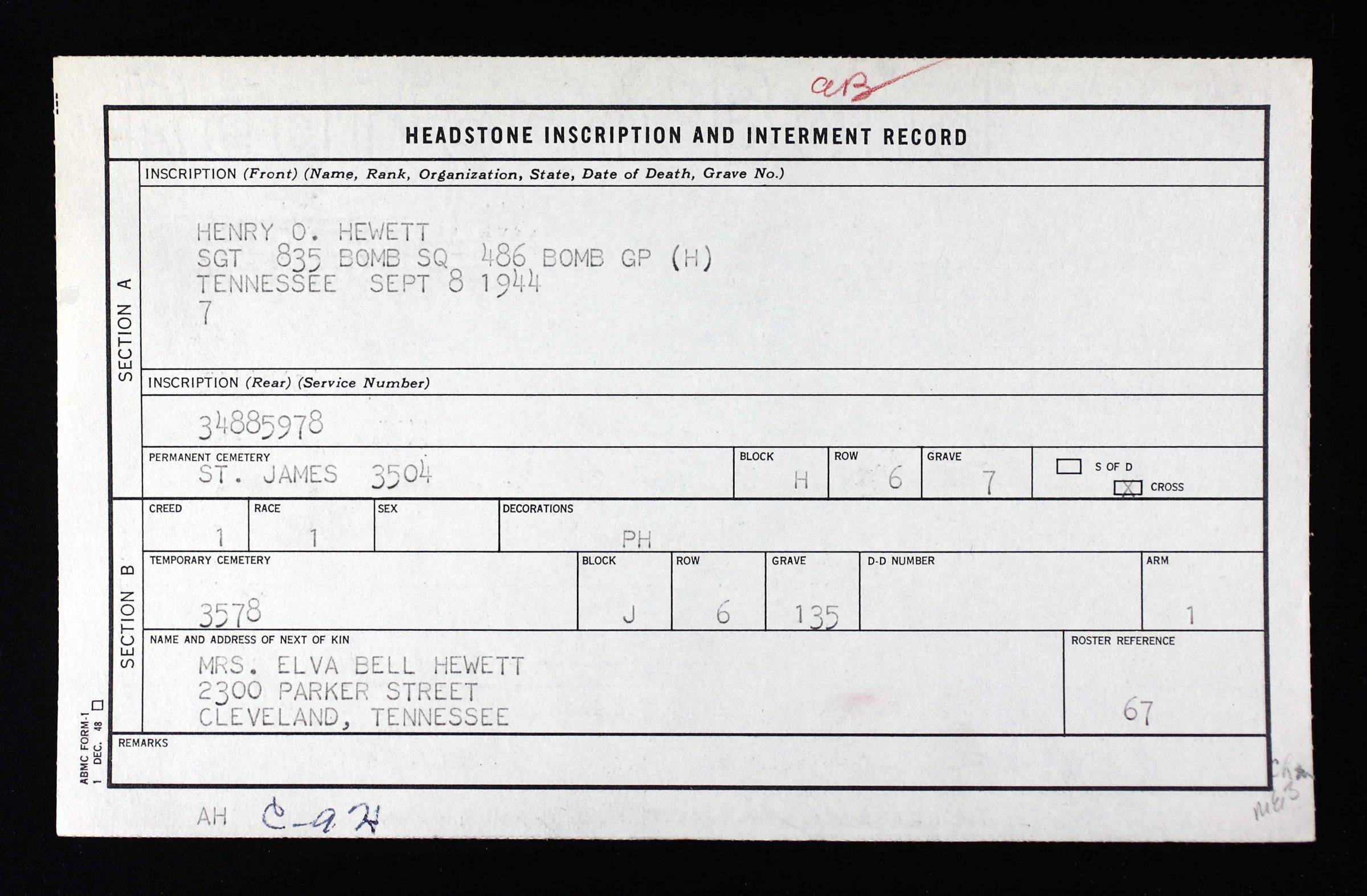 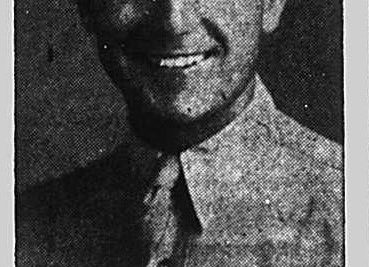