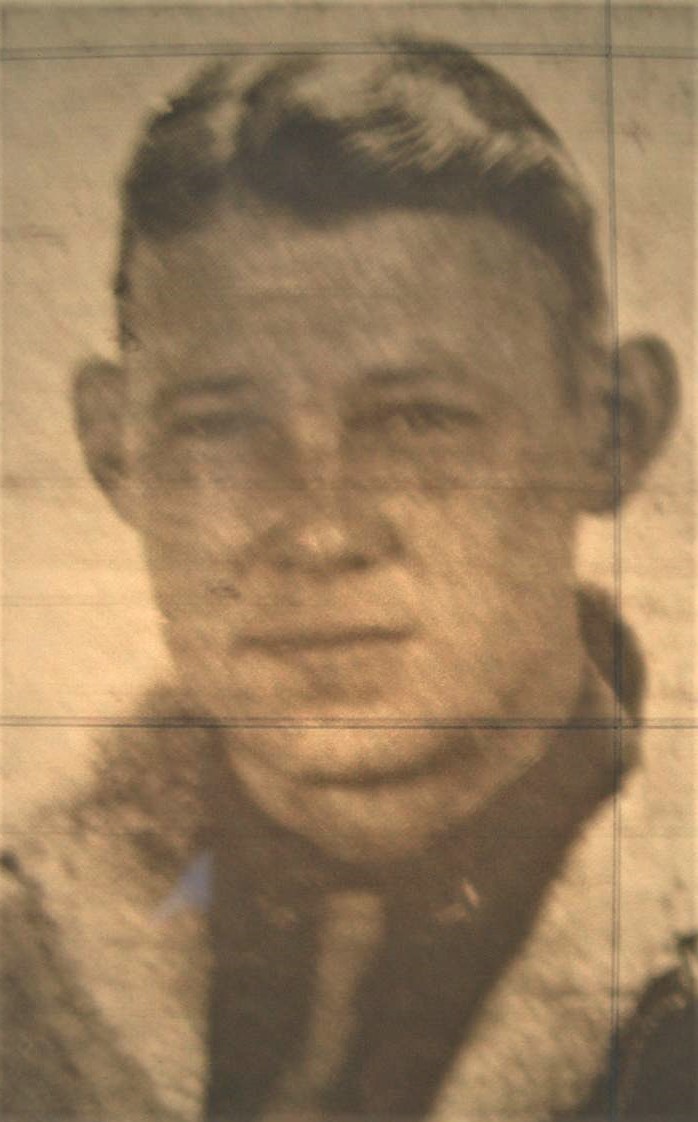 First Lieutenant Henry Oren Cox Jr. was born in Louisville, Tennessee, in 1921. He was the only son of Henry Oren Cox and Amy Young Cox. He had three sisters, Annabelle Cox, Margaret Cox, and Nancy Cox. After a year in college, he enlisted in the Army Air Corps on January 22, 1942, in Montgomery, Alabama. He served in the European Theater in the 562nd Bomber Squadron, 388th Bomber Group, Heavy. He was killed in action on Thursday, September 16, 1943 and is buried in Cambridge American Cemetery in Cambridge, England (Plot E, Row 6, Grave 70). He was awarded an Air Medal with an Oak Leaf Cluster.

Aircraft B-17F with serialnumber 42-5906 was on a bombing mission to France. While the group was returning from the Bordeaux-La Pallice Mission, the formation had to pass through severe rain squalls just off the Sw Coast of England after dusk. It was at this point that Lt Cox´s ship became separated from the rest of the formation and it was never seen again by any of the ships of the formation. The plane crashed and burned, killing the entire crew, just south of RAF base of Hereforshire, England. Whether the ship was completely out of gas or trying to get below overcast is not known.

Crossville Chronicle, February 17, 1944
At a beautiful and impressive service held January 30, int he Memorial Auditorium at University of Tennessee, Knoxville, Mrs. Amelia M. Cox was presented the Air Medal with one Oak Leaf Cluster for her son First Lieutenant Henry O. Cox, Jr., who was kiled in action on Sept. 16 (1943) over teh European Area. Col. C.C. Scott, A.C. Commanding Officer, William Northern Air Field, Tullahoma, made the presentation.
The citation for Awards for Henry were: For exceptionally meritorious achievement, while participating in five separate bomber combat missions over enemy occupied Continental Europe. The courage, coolness and skill displayed by these officers and enlisted men upon these occasions reflect great credit upon themselves and the Armed Forces of the United States.
Lt. Cox was a graduate of County High, class of ’40, where he was a most popular student, and member of the football squad. He enlisted in January, 1942; received his Wings at George Field, Ill., in December, 1942. He was pilot of the Flying Fortress, Sandra Kay, bombing Europe from Eight Air Base in England. 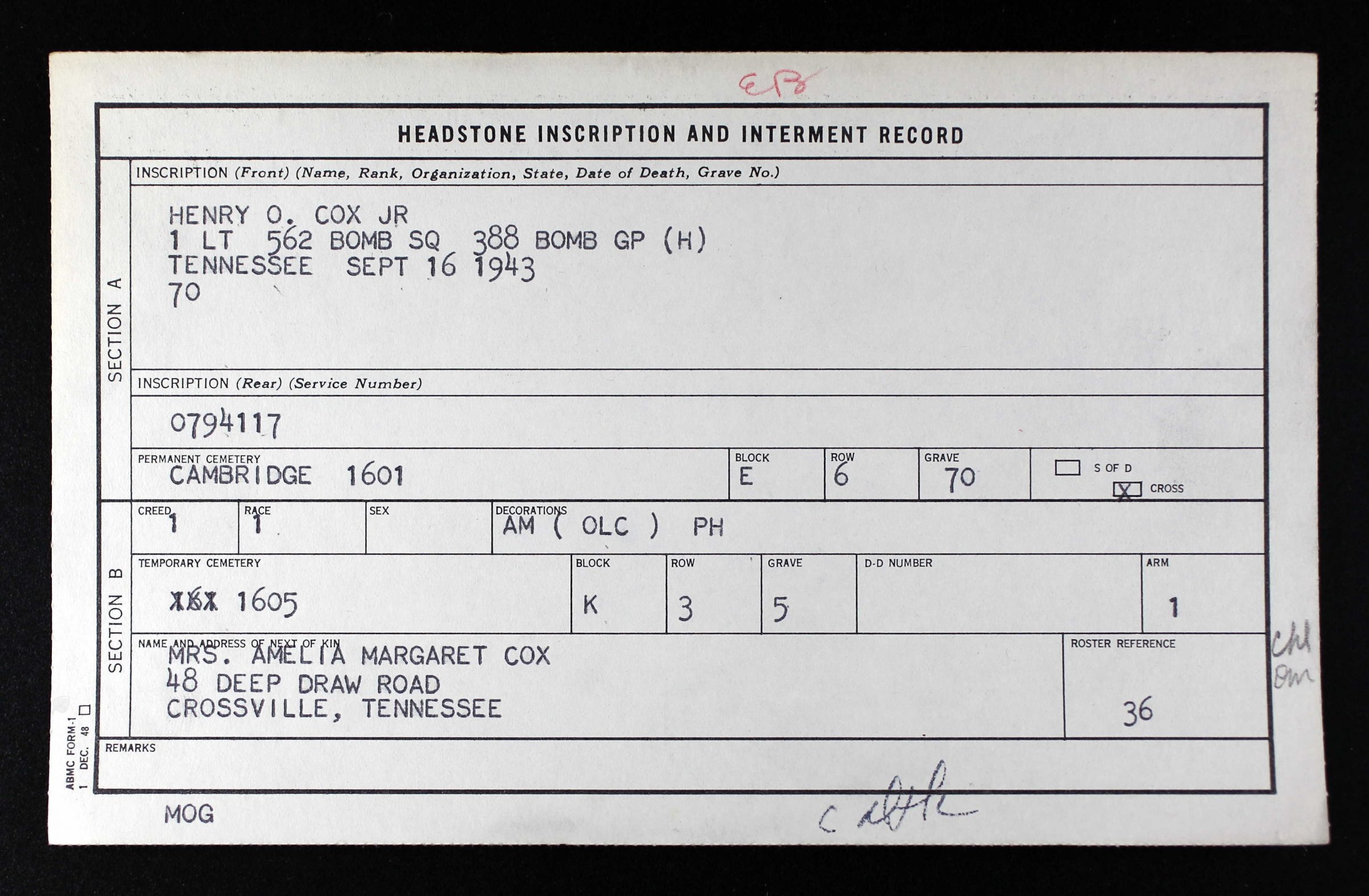 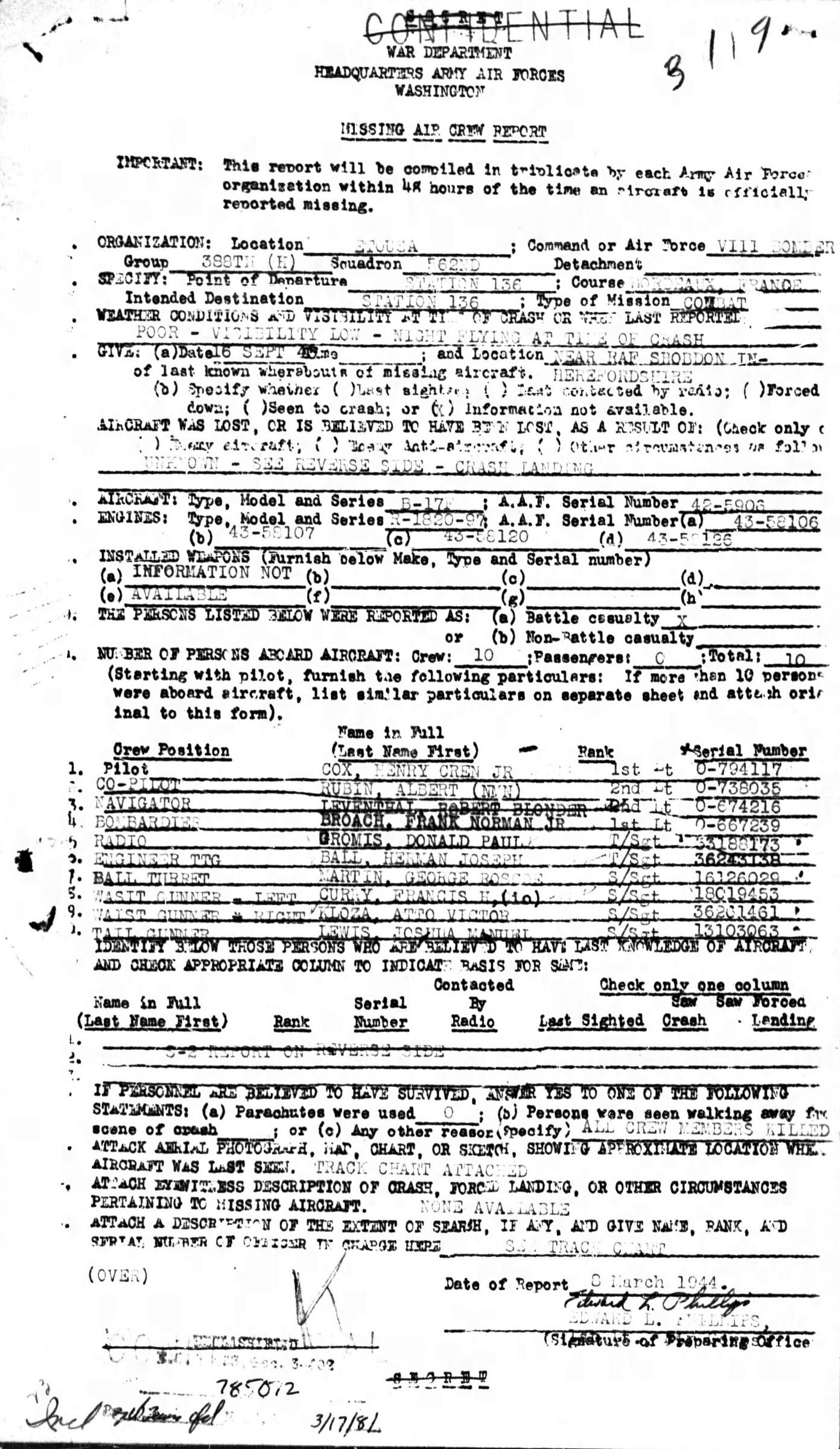 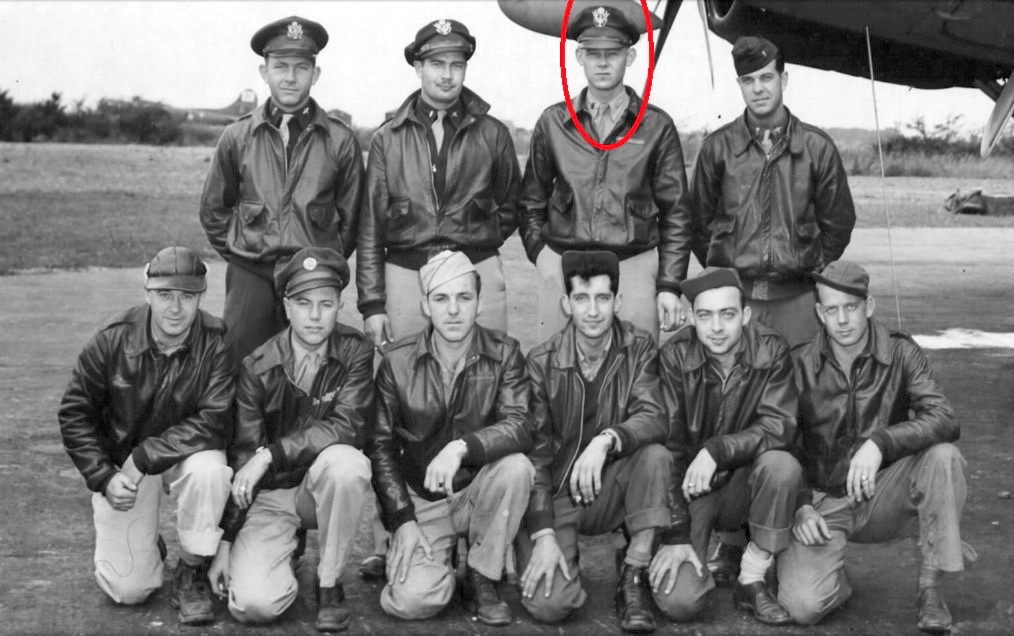 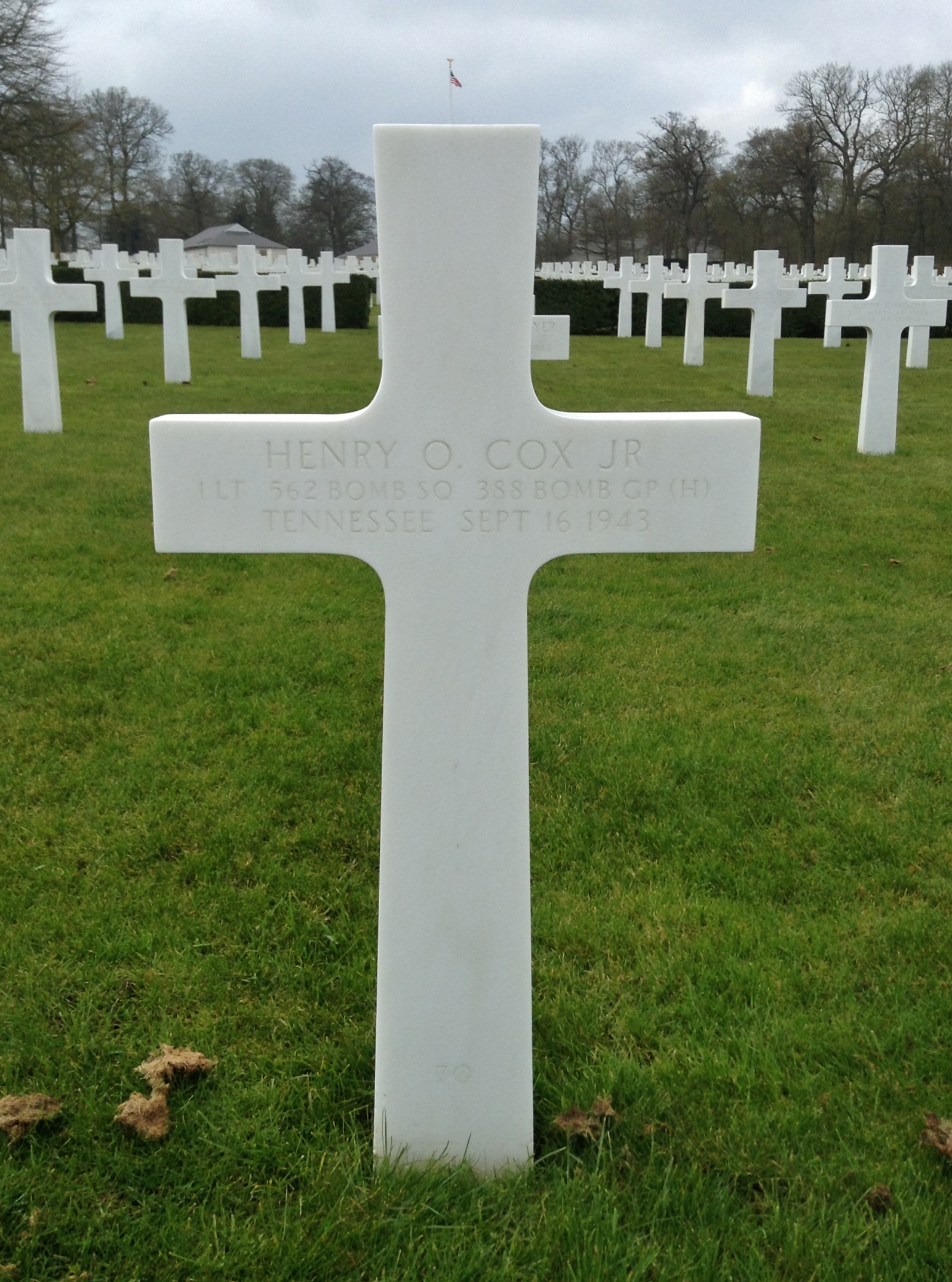