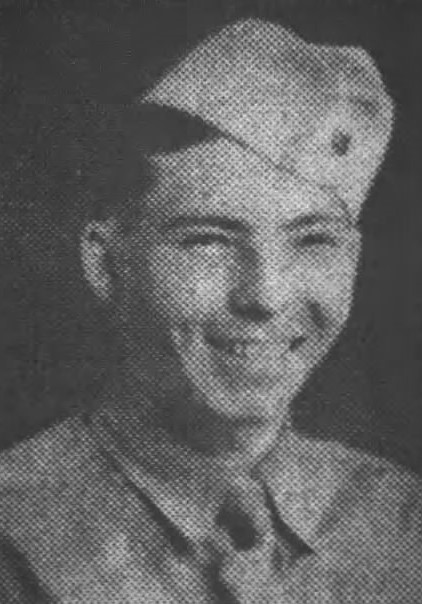 Pvt Madaris served with the 635th Tank Battalion, C Company. He died of wounds suffered earlier that day in Caumont, France when his patrol came under by German grenade and rifle fire. He was returned from St. Laurent-Bayeux in France.

The Chattanooga Daily Times, 3 May 1948
Funeral services for Pvt. Henry Madaris Jr., 19, son of Mr. and Mrs. Henry Madaris Sr. of Chattanooga, who was killed in action in France June 13, 1944, will be held at the J. Avery Bryan Funeral Home. Interment, with full military honors will be in National Cemetery.
Pvt. Madaris is survived by his parents; a sister, Mrs. Wyelene Ingle; one brother, Lebron Madaris; a niece, Pricilla Madaris, and a nephew, Barnard Ingle, all of Chattanooga. 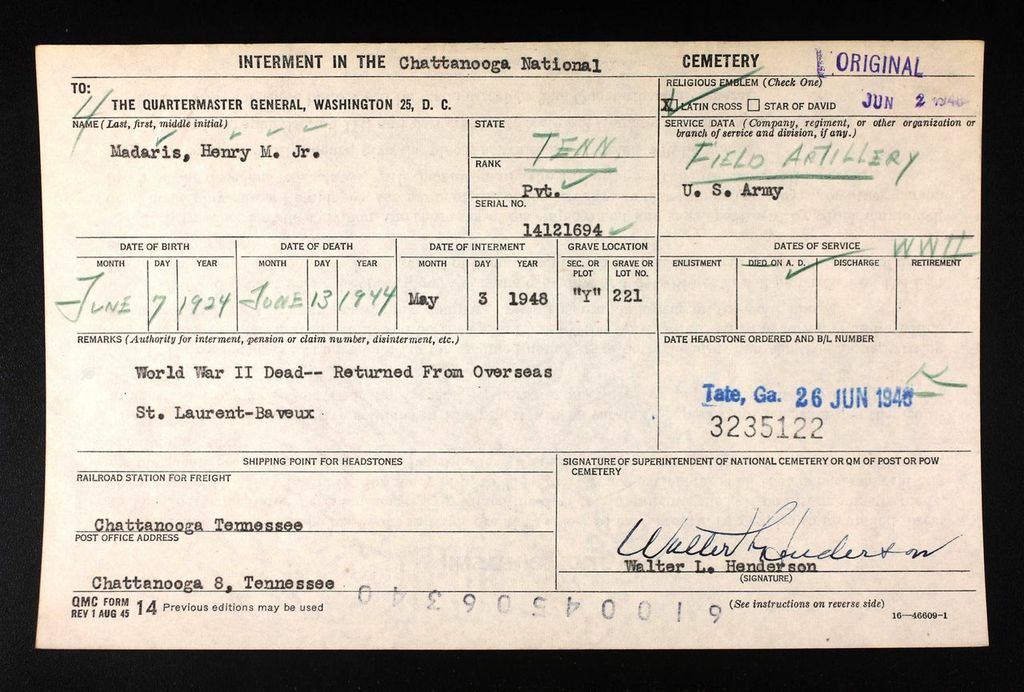 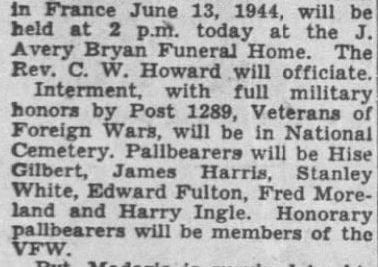 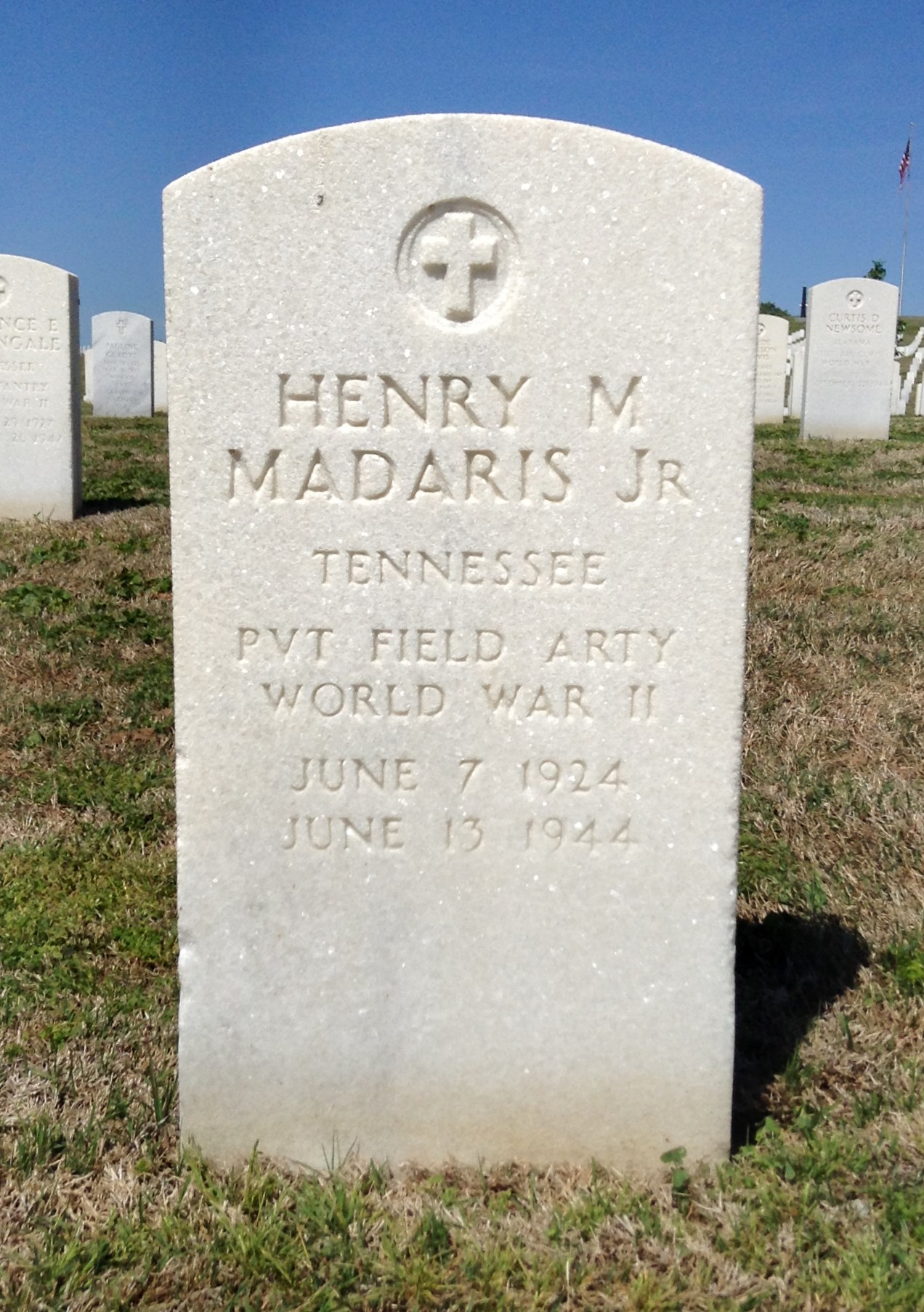 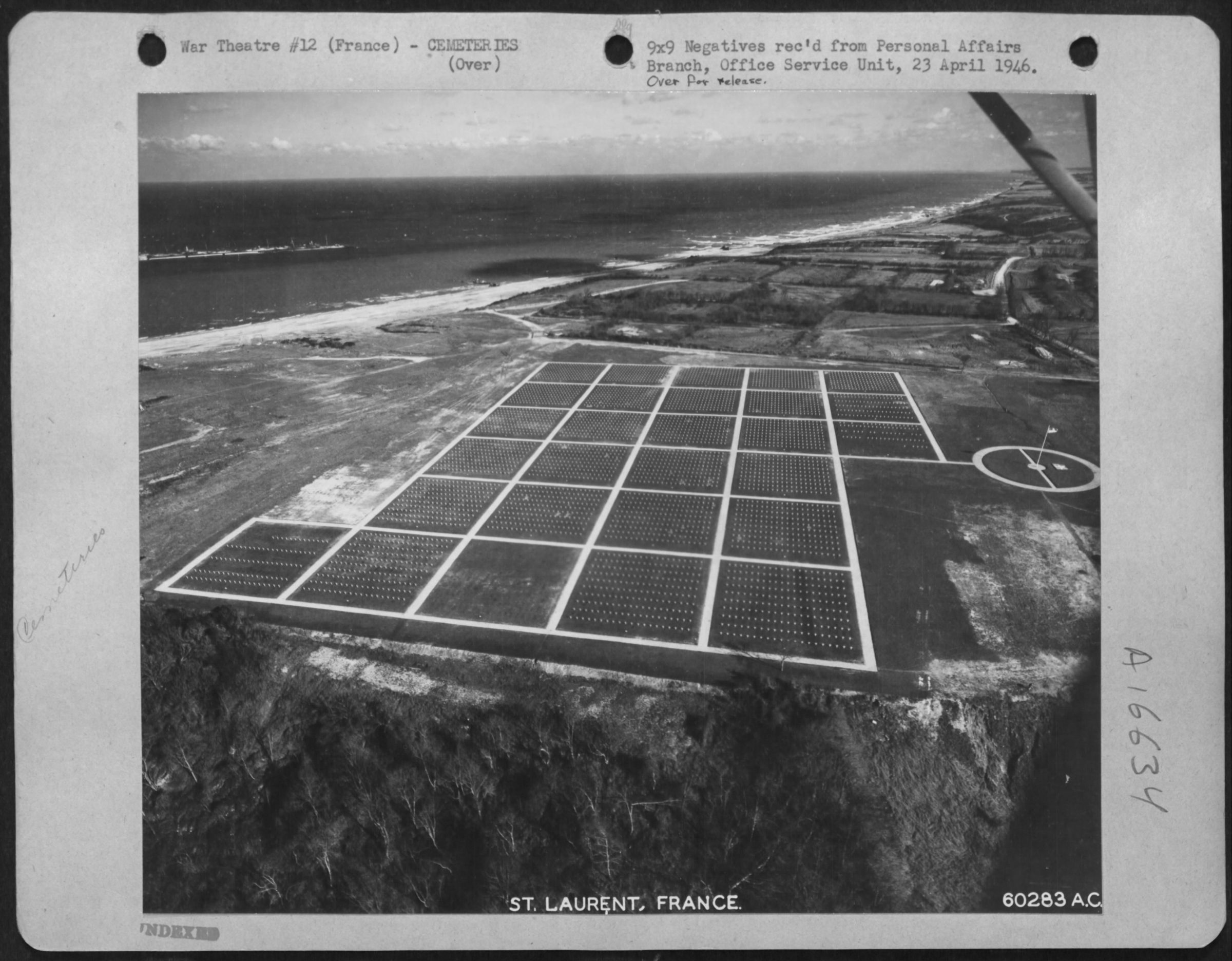