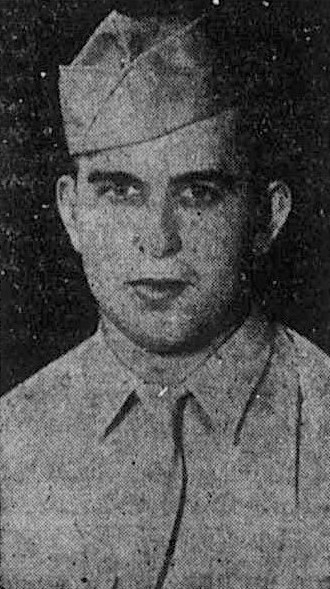 South Pittsburg Hustler, May 17, 1945
Another German Victim – Pfc. Henry Edward Rogers, son of Mr. and Mrs. R.H. Rogers has been reported killed in action in Germany on March 14. Pfc. Rogers went into the service in April, 1943 and went overseas in September, 1944. He was a graduate of Marion County High School and was an honor student at University of Tennessee, Knoxville for three years and until called into service. He is survived by his parents, one brother, Ross Rogers, and four sisters, Betty, Wilma and Joanne Rogers at home and Mrs. Mancel Smith, of Jasper. 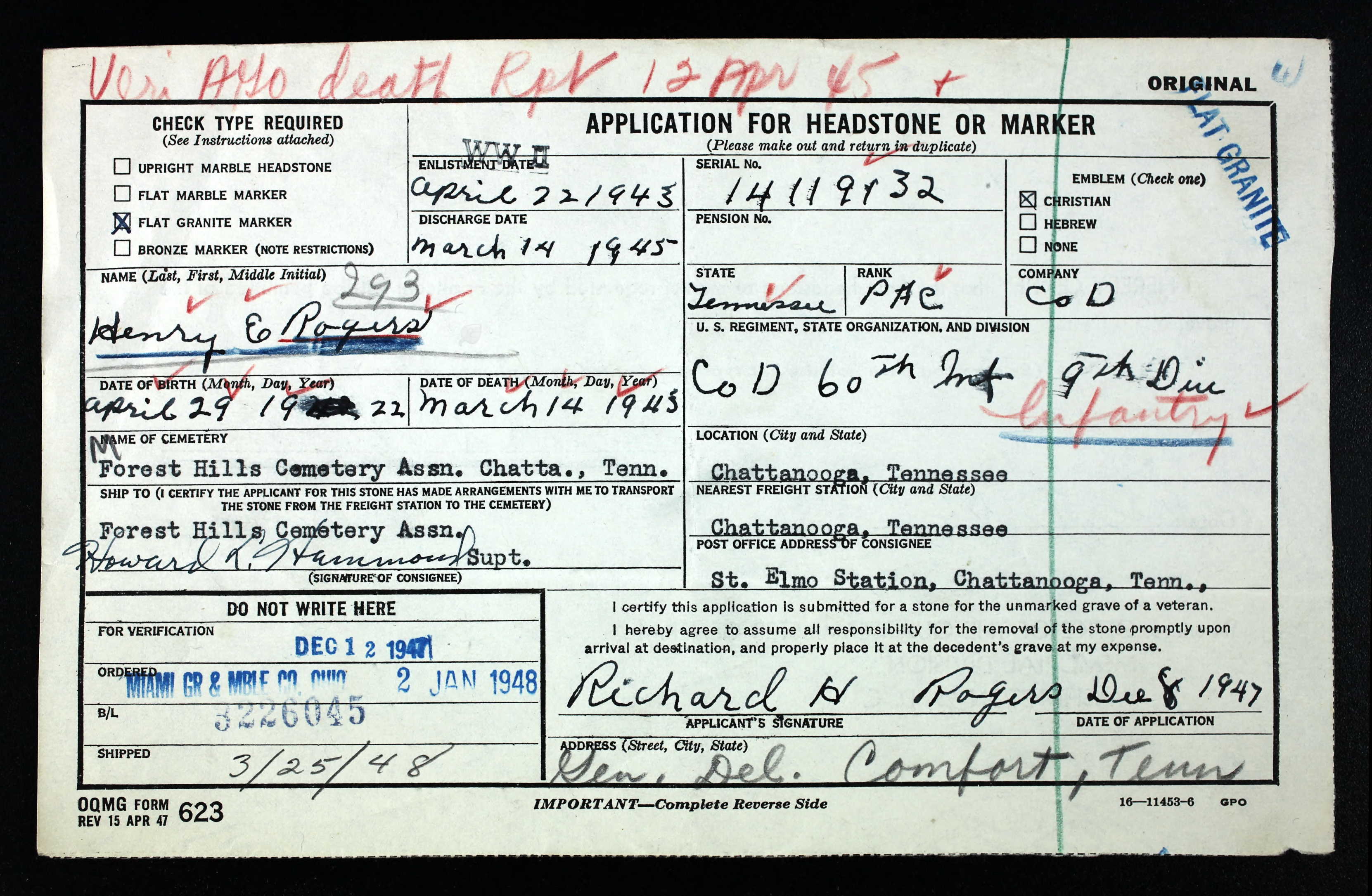