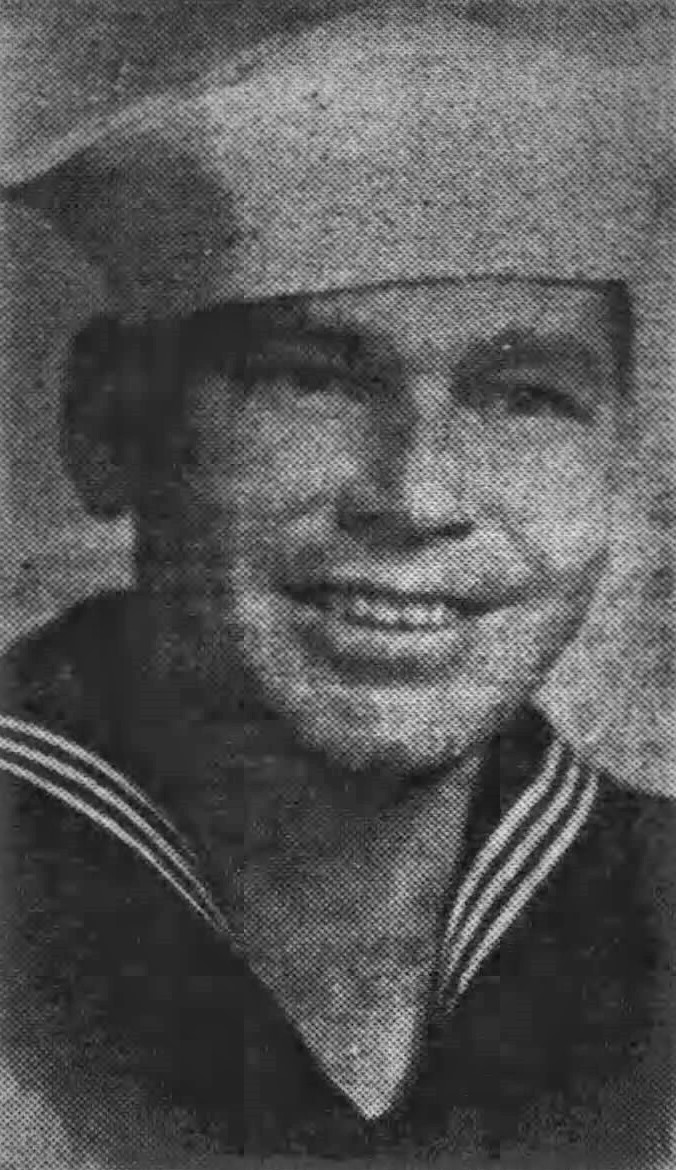 The USS Porcupine (IX126) departed from Leyte, the Philippine Islands at 1600 on 27 December 1944 in convoy bound for Mindoro. This vessel was loaded with full cargo of 40,000 barrels aviation gasoline and 23,000 barrels diesel oil.
The convoy was under enemy air attack almost continuously from the morning of 28 December until the afternoon  of 30 December 1944. This vessel was damaged en route by the explosion of an ammunition ship, the SS John Burke, and later lost by fire caused by enemy air craft.

At about 1000 on 28 December two Japanese planes crash dived simultaneously into liberty ships in positions 24 and 41, second division. Ship 41, the SS John Burke, was loaded with ammunition and exploded immediately after being set on fire by the enemy plane. At the time of the explosion the SS John Burke was approximately 1200 yards from the USS Porcupine. The USS Porcupine was damaged by this explosion but arrived at Mindoro. Upon arrival in the harbor at 0800 on 30 December 1944 a US Army cargo officer came aboard and was given complete information concerning the cargo. The Commanding Officer made his arrival report and returned to the ship at 1545 and preparations for moving to a safer anchorage assigned by SOPA were begun immediately. At 1550 the TBY watch received reports that twelve enemy planes were coming in and the OOD sounded general quarters. The P-38 interceptors engaged the enemy planes, but four dive bombers broke through. One of these enemy dive bombers came in low over the water to the port beam and the USS Porcupine opened fire with all of their port guns. The four port 20mm guns were scoring hits on the plane but were unable to divert it from its course.  The plane, identified as a Japanese Val, was strafing as it came in. At about 1555 the plane’s bomb was dropped on the main deck a few feet aft of the midships deck house and the plane crashed in after it. The explosion of the bomb and the crash of the plane caused the number two deep tanks to be ruptured, the generators and switchboards to be knocked out, and the engine room was flooded with black oil and diesel. The plane tore out the after bulk heads of the midships house, which immediately caught fire and spread rapidly. The engine of the plane went through the hull of the ship a few feet aft of the engine room on the starboard side near the water line, tearing a large hole and rupturing number six cargo tank. Personnel casualties included everyone stationed in sick bay, two men from damage control and one man who had been hit by strafing and was being treated in sick bay. Henry Clay Joiner was one of these casualties. He had been hit in the hand and gone to sick bay. 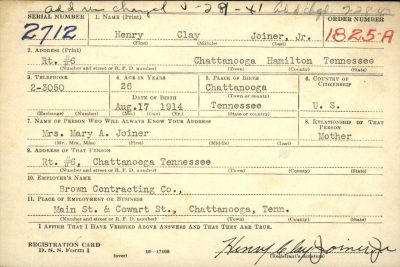 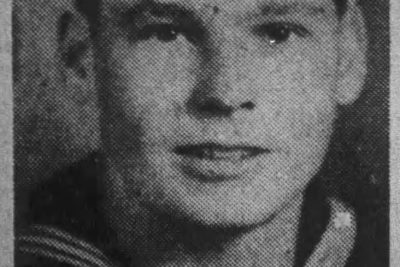 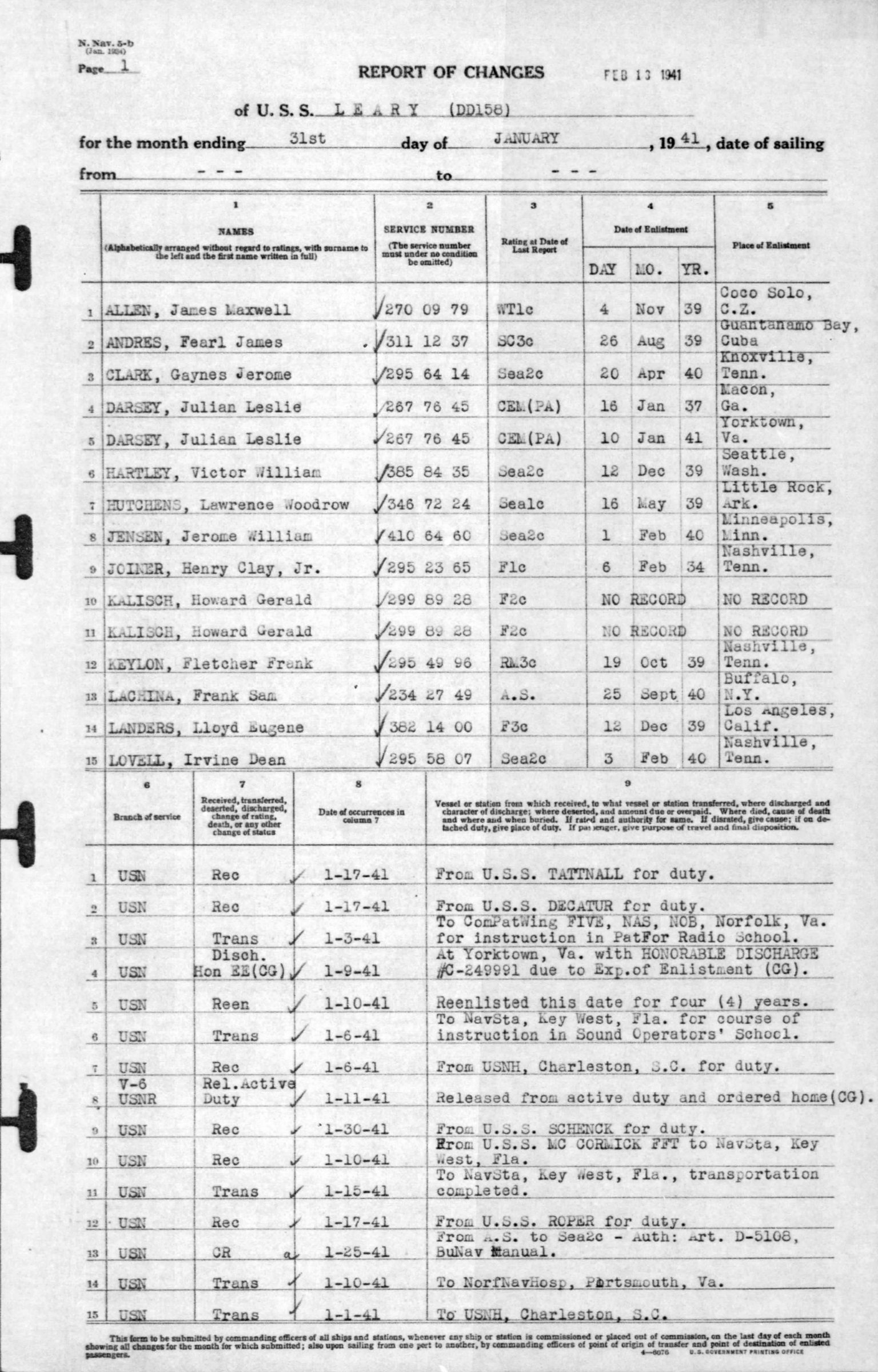 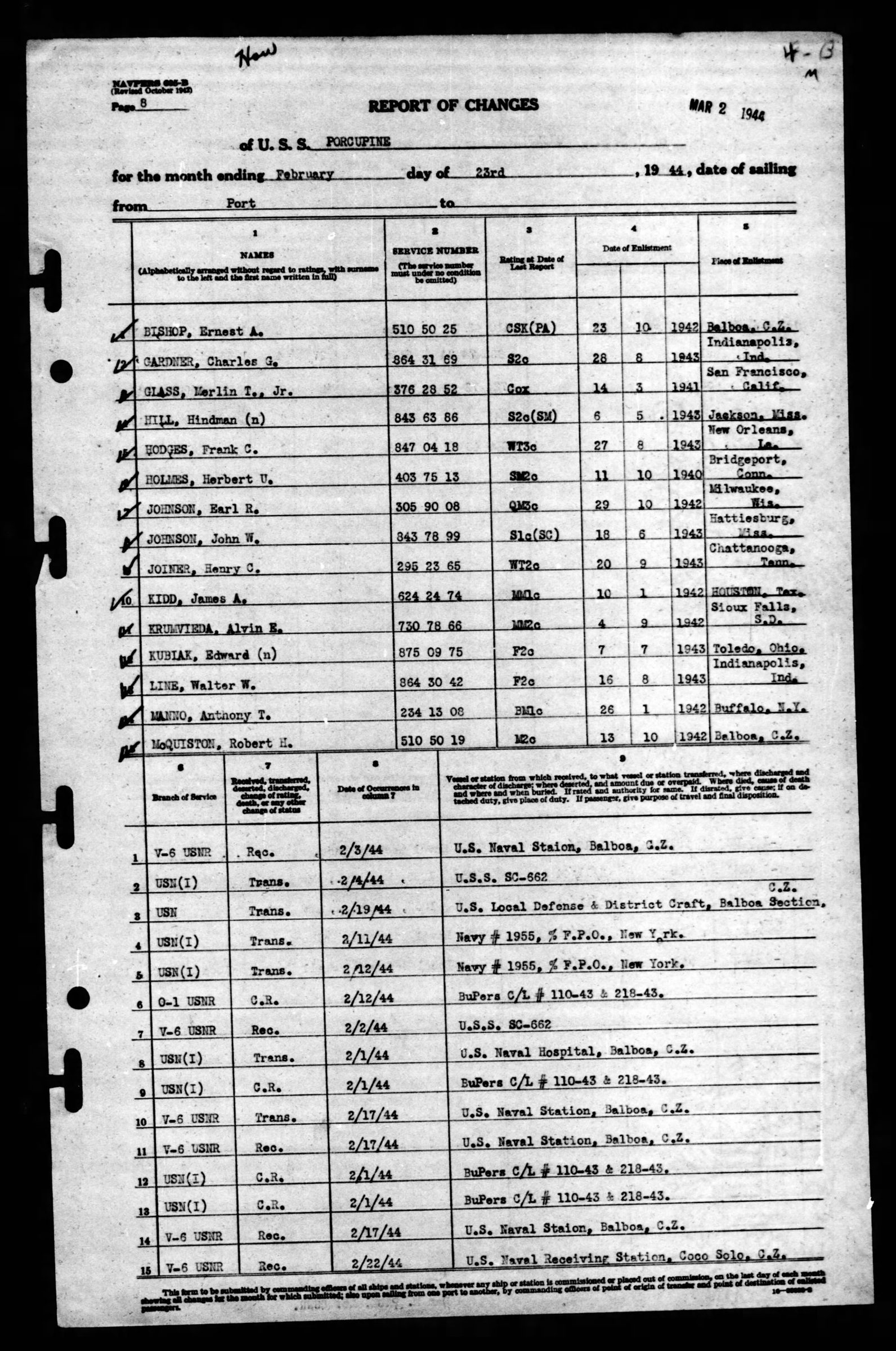 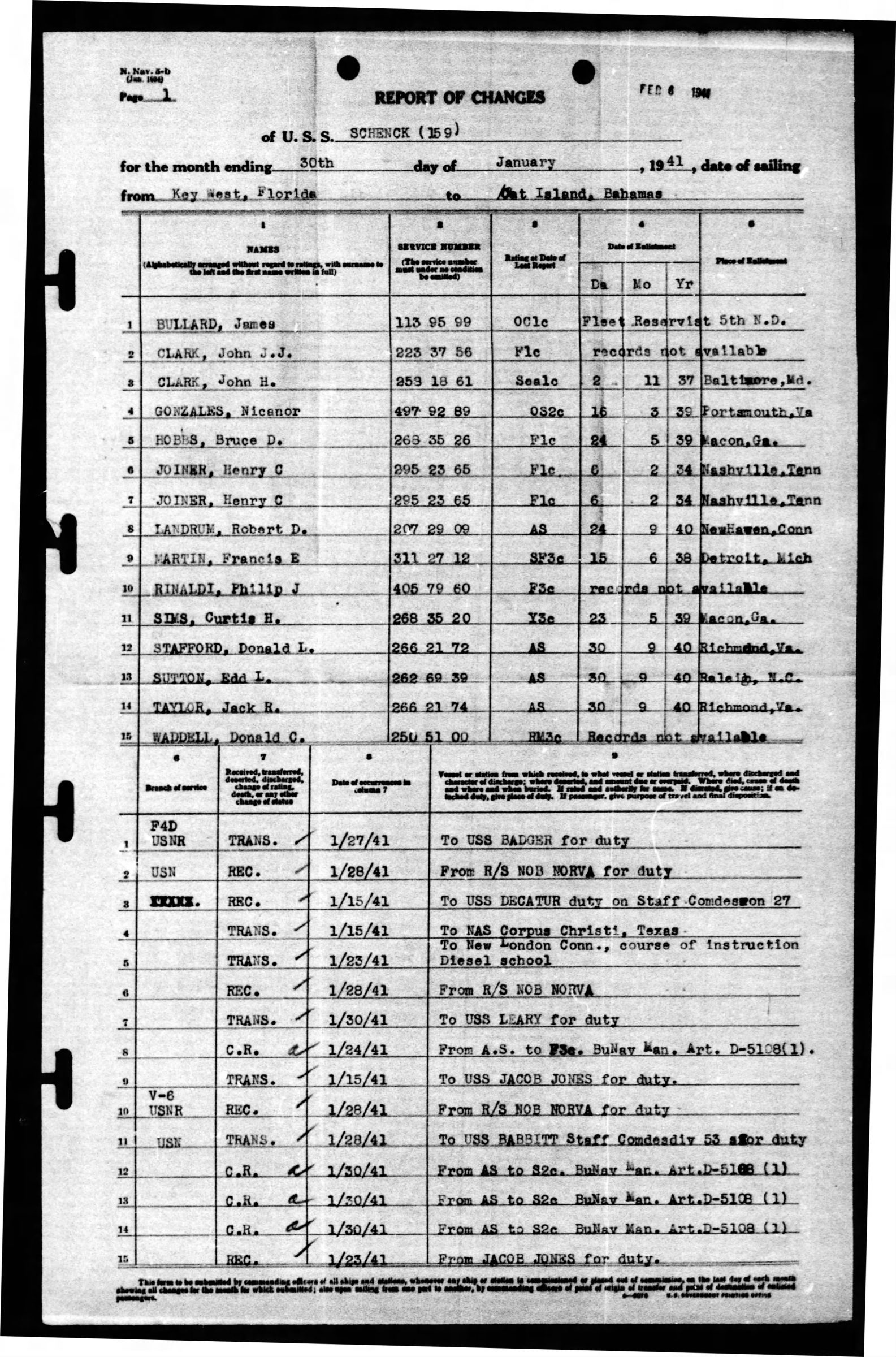 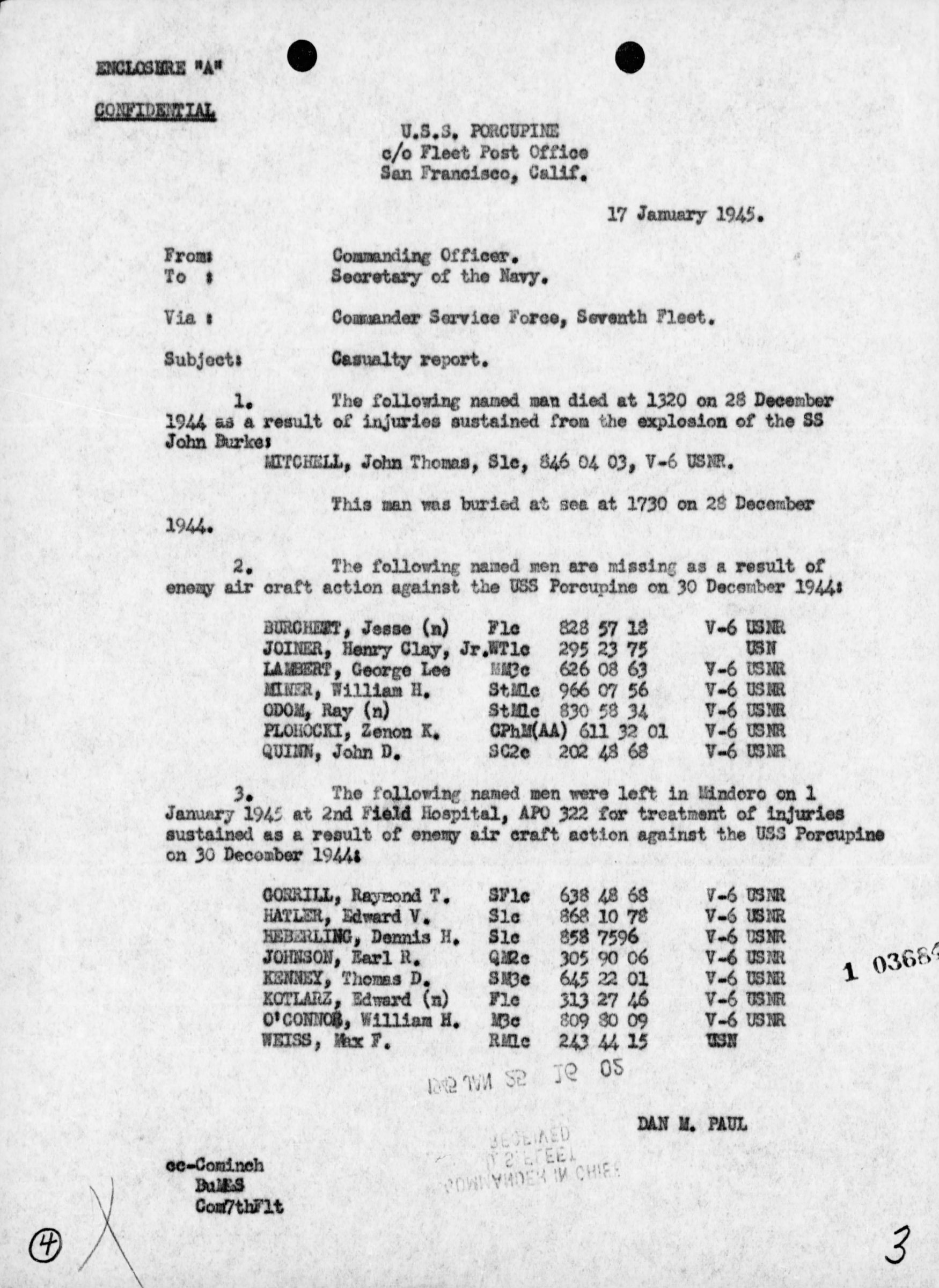 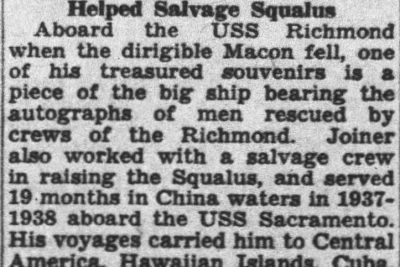