Kingsport Times News, 29 July 1945
Henry C. Holt Killed in action in French battle. Mrs. Samantha Holt of Surgoinsville, Route 1, has been notified by the War Department that her son T/Sgt Henry C. Holt, was killed in action January 11, near Wildenguth, France. Sergeant Holt, who was 26, had planned to become a minister when the was was over. He entered the service in July 1941, and received his training at Camp Lee, Va., Camp Claiborne, La., and Fort Jackson, S.C. He went overseas in October of 1943 and was in the Italian campaign before being sent to France the following August. Sergeant Holt was awarded the Bronze Star Medal, the Silver Star and the Purple Heart, Posthumously. A letter from Captain Odus T. Henley, Chaplain, to Mrs. Holt, stated that Sergeant Holt had been buried in the United States Military Cemetery at Epinal, France.

Kingsport News, 13 August 1948
Sgt Henry C. Holt, Rogersville – Funeral services for Sgt Henry C. Holt, who was killed in France on January 11, 1945, will be held at the New Providence Presbyterian Church. The body of Sergeant Holt is due to arrive at Bull´s Gap. On arrival it will be taken to the Colboch-Price Funeral Home where it will remain until Sunday at which time it will be taken to the home of his mother, Mrs. Samanthia Holt, Surgoinsville. Sergeant Holt was born February 9, 1918. He entered the service in July, 1941 and was sent overseas in October, 1943. Survivors include his mother, Mrs Samanthia Holt of Surgoinsville, his father, Wilson Holt of Eidson, five brothers and five sisters. 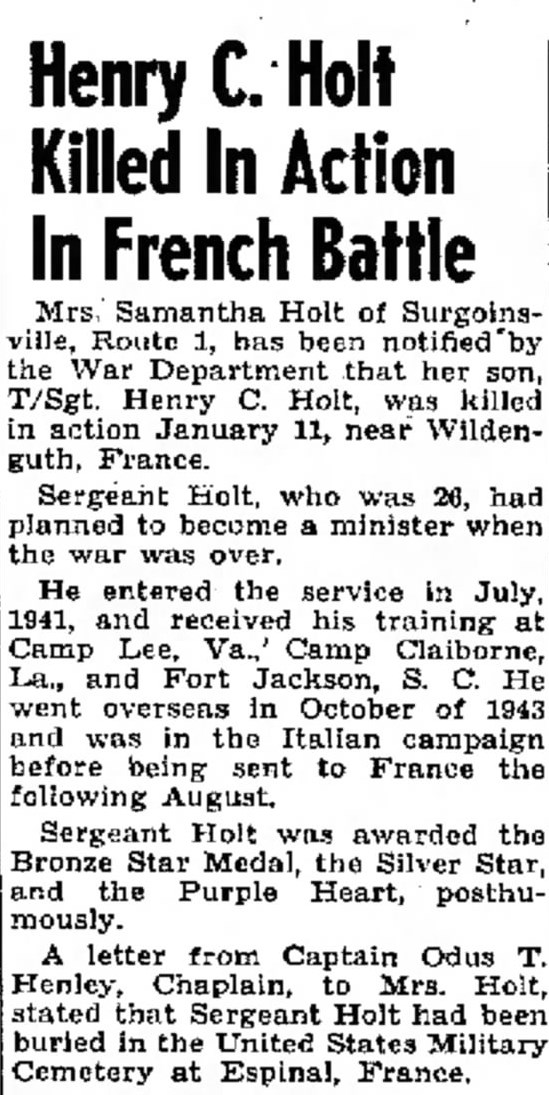 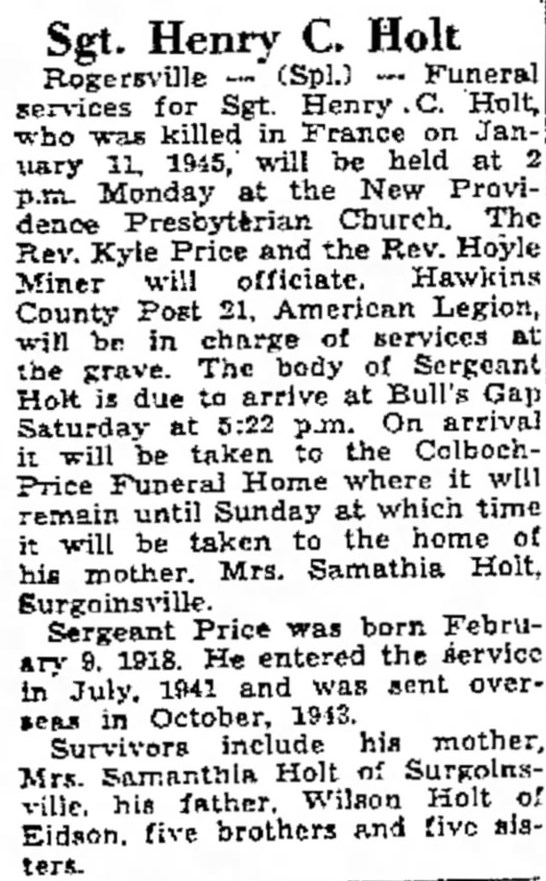 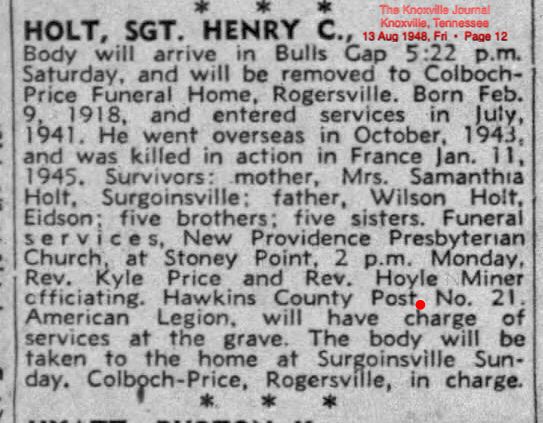