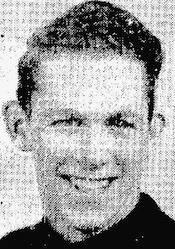 Lieutenant Clark was reported missing in action August 15, 1944, from a mission to Wiesbaden, Germany. He was a crew member of a B-17 last known to be in the vicinity of Bitburg, Germany, when the formation was attacked by enemy aircraft.

Aircraft B-17G with serial number 42-31423-M departed from Molesworth in England on a bombardment mission to Wiesbaden, Germany. 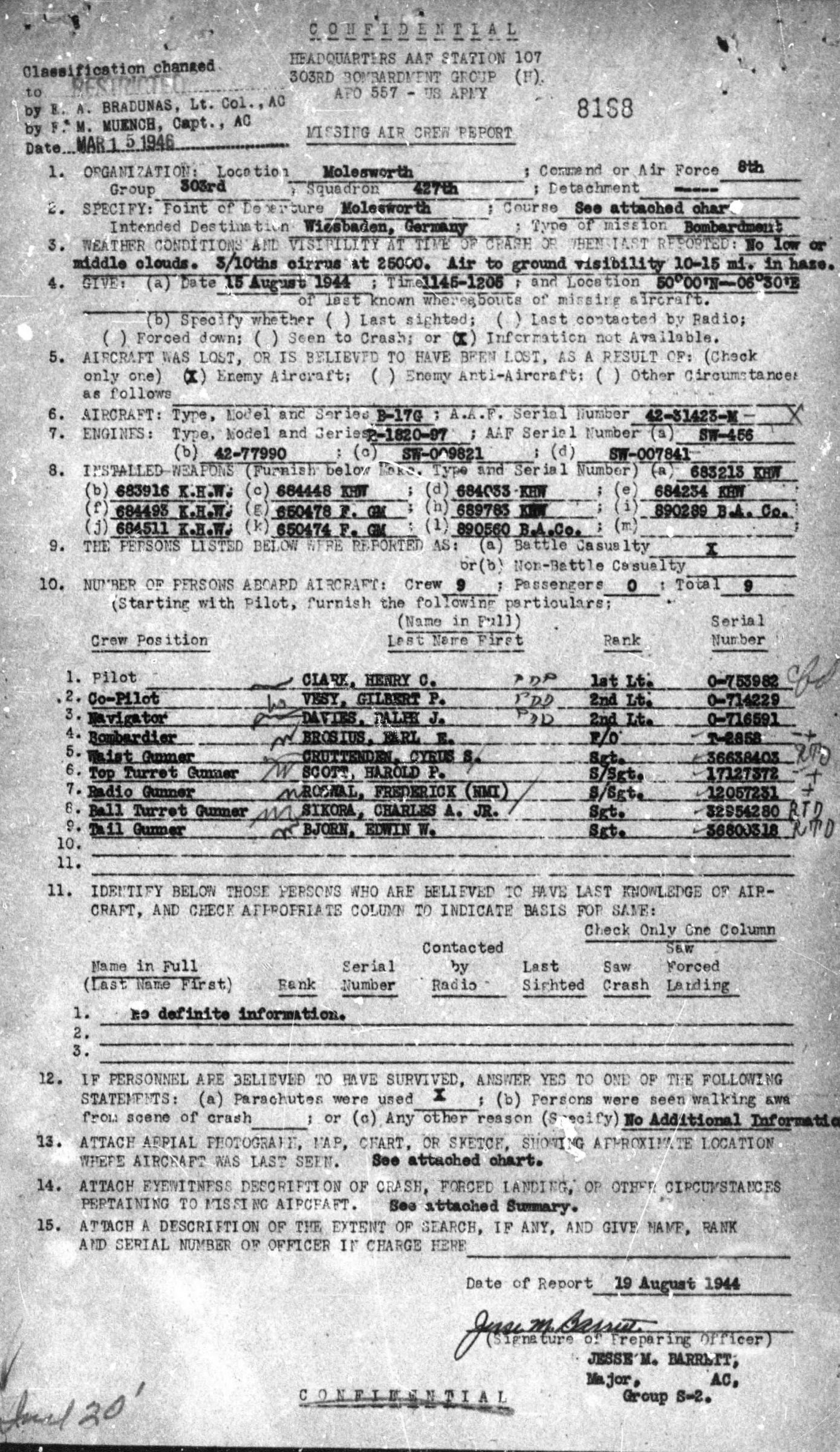 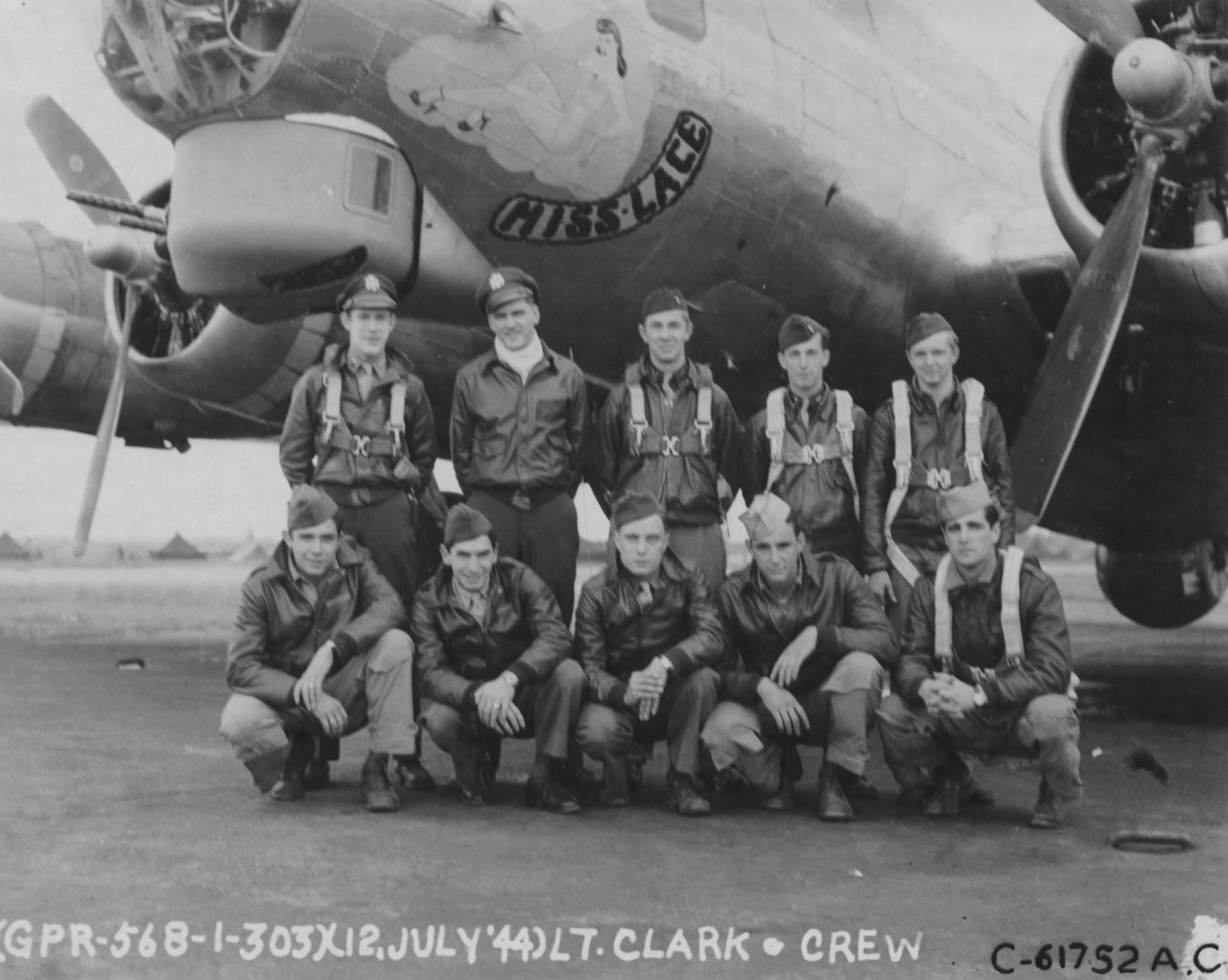 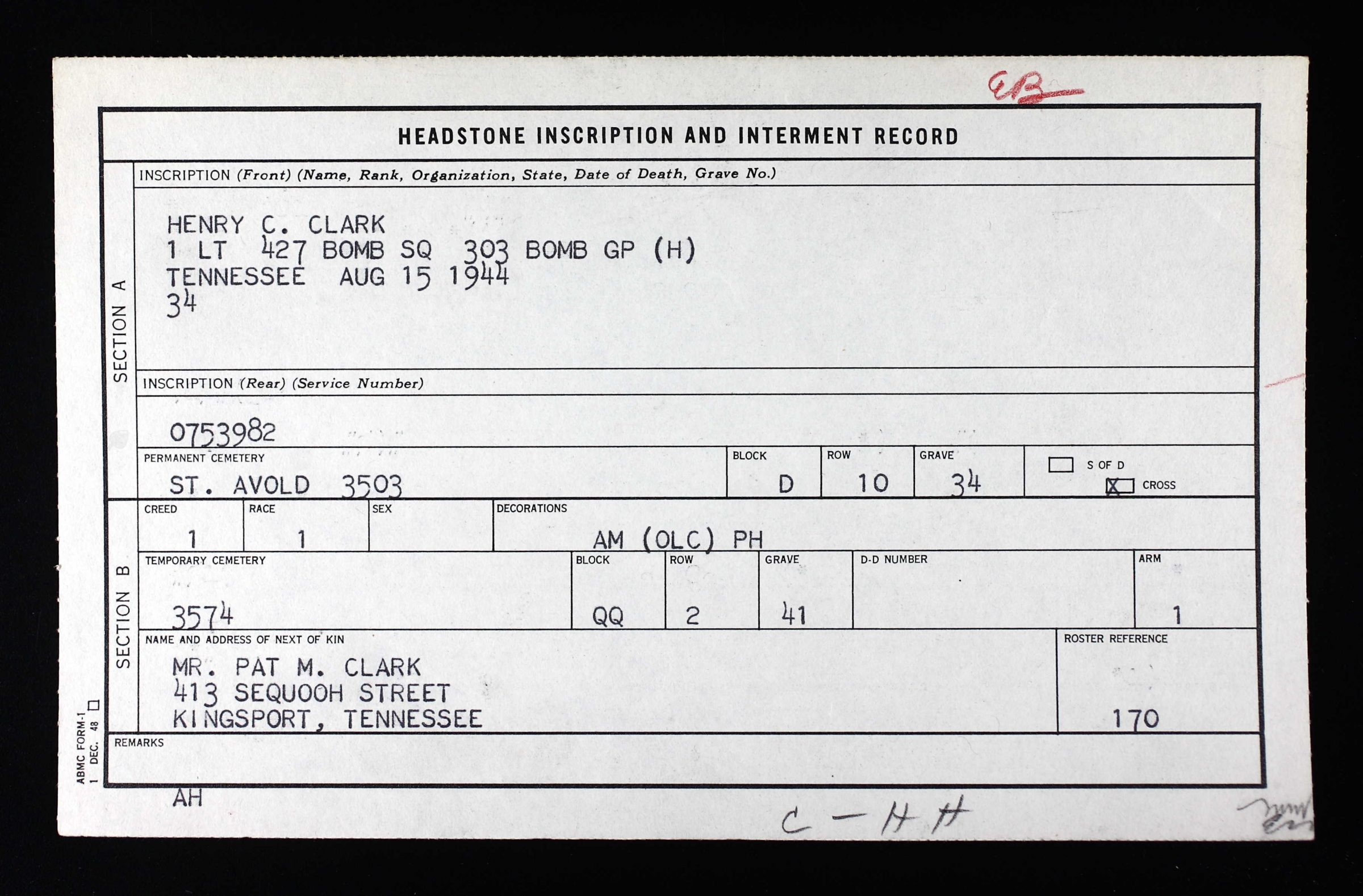