Aircraft B-29A, serial number 44-61554 departed from Tinian Island to drop Prisoner of War supplies at Fukuoka #12. In dense fog and pouring rain the B-29 attempted to cross the Sobo Mountain Range, but clipped a mountain peak and crashed, bursting into flames. The wreckage of the plane was located on the southern slope of Sobozan on boundry between Miyazaki and Oita Ken. All aboard were killed and the remains were recovered, but only 3 definitely identified; Capt Henry B. Baker, John D. Dangerfield and S/Sgt Walter R. Gustaveson.

For more links and info on a monument built to the dead crew, see:
http://www.findagrave.com/cgi-bin/fg.cgi?page=gr&GSvcid=302251&GRid=2891896&
http://www.mansell.com/pow_resources/camplists/fukuoka/fuk_01_fukuoka/fukuoka_01/Tkachiho.htm 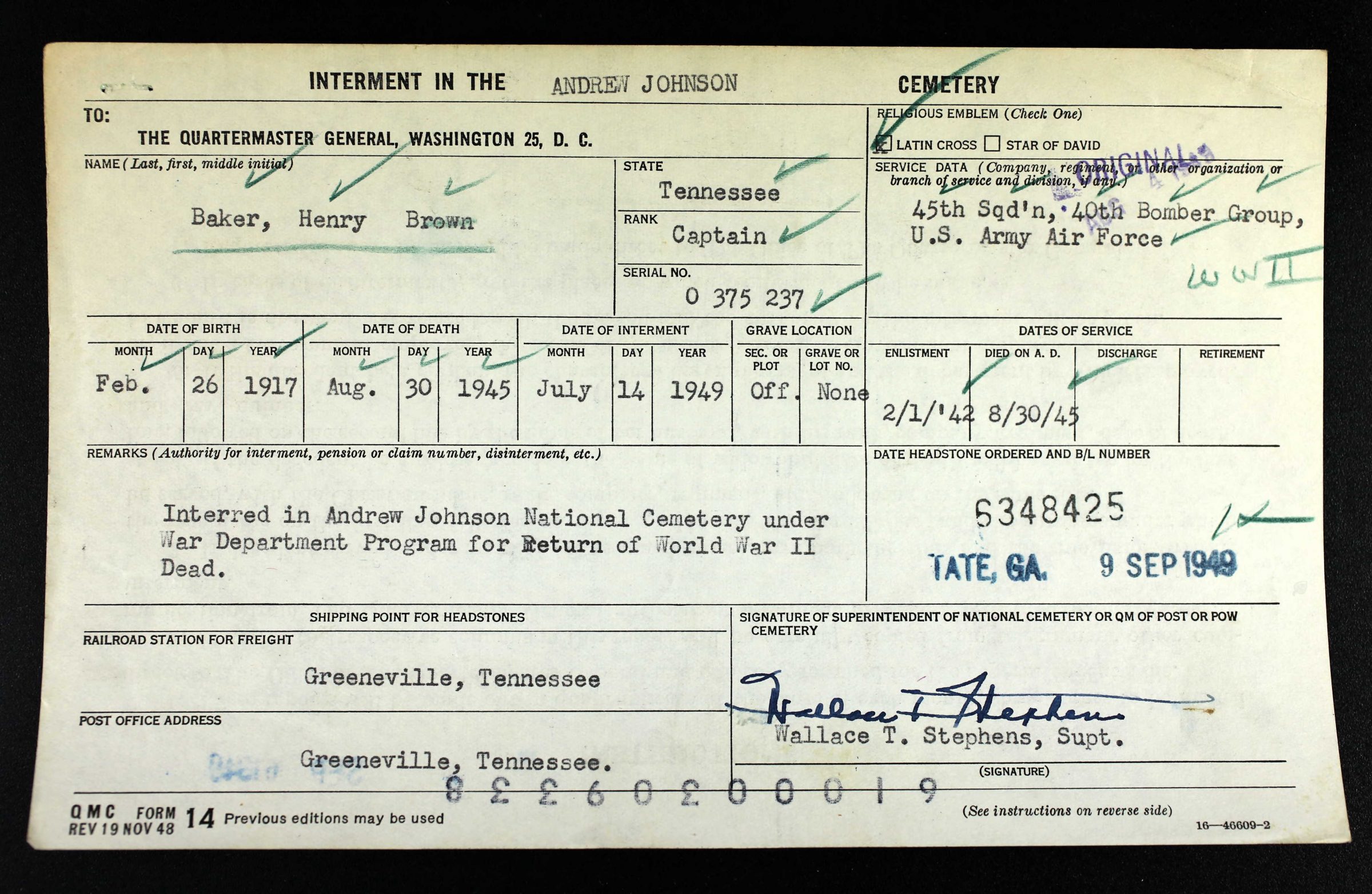 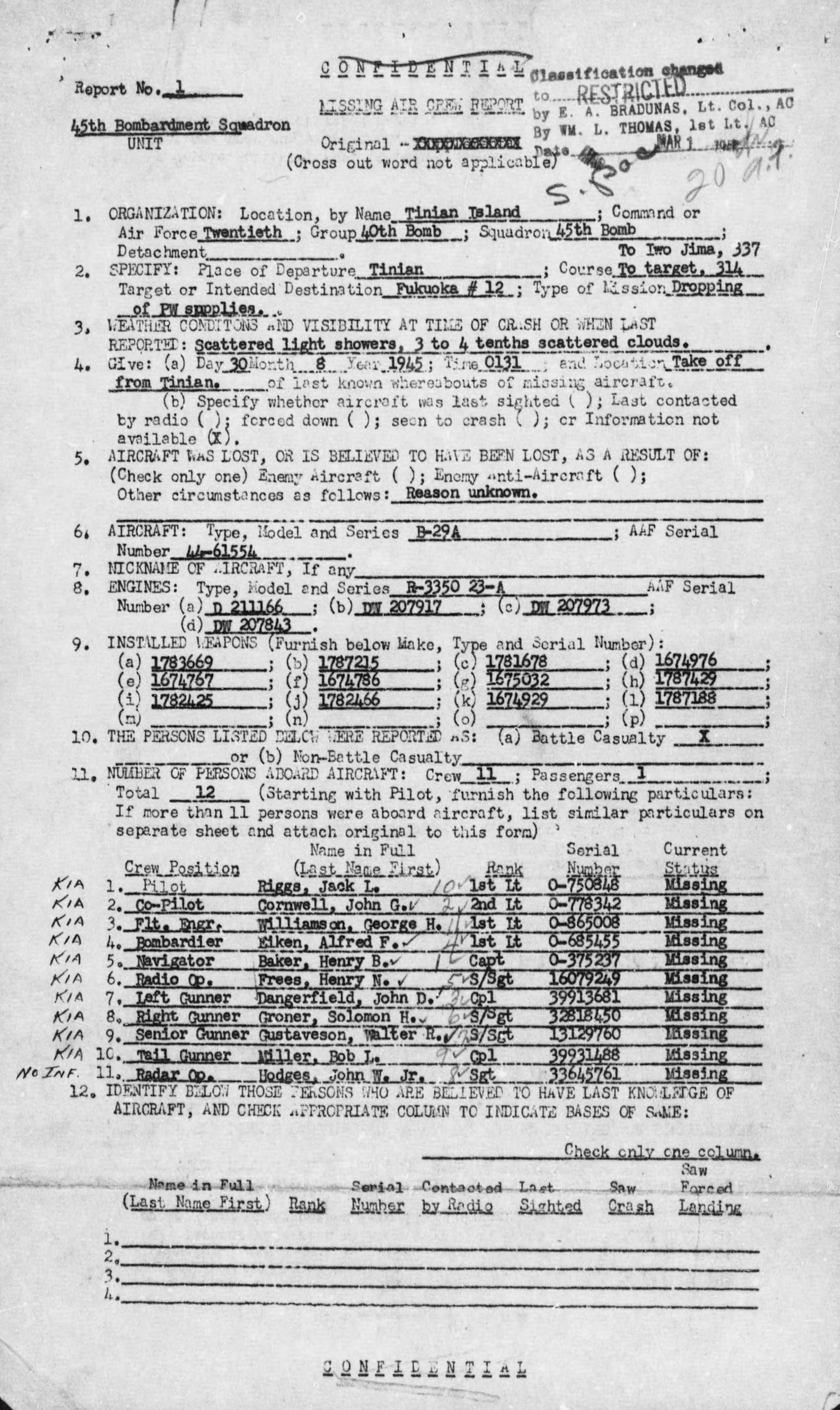