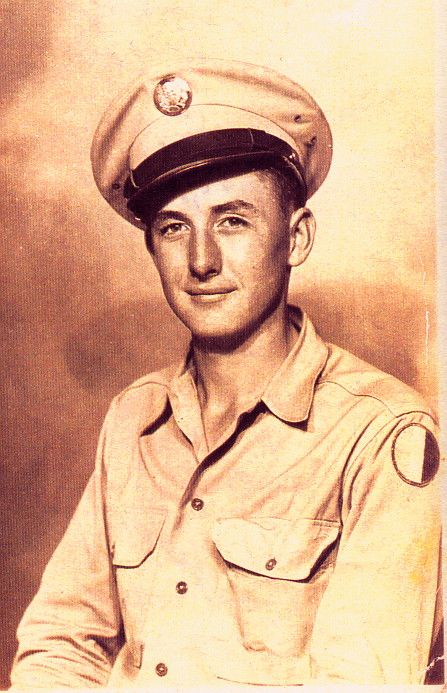 On Christmas Eve 1944, the Belgium troopship Leopoldville, left the pier at Southampton, England with over 2,000 American soldiers assigned to the 66th Infantry Division and crossed the English Channel to France. Just 5 1/2 miles from its destination, Cherbourg, the Leopoldville was torpedoed and sunk by the German submarine U-486. There were 763 American soldiers killed and the bodies of 493 were never recovered from the Channels frigid 48 degree waters.

He is memorialized at the Normandy American Cemetery, Colleville-sur-Mer, France

Rogersville Review, October 19, 1944
Pvt. Heiskell M. Williams, son of Mr. and Mrs. H. Clyde Williams of Rogersville, Route 2, recently spent a 10-day furlough with his parents. He volunteered for service and was inducted April 7, 1944. Heiskell took his basic traning at Camp Wheeler, Ga., but is now at Camp Rucker, Ala.

Rogersville Review, March 29, 1945
According to a message received March 7th from the War Department by Mr. and Mrs. H.Clyde Williams, Rogersville, Rt. 2, their son, Pfc. Heiskell Morgan Willliams was killed as a result of the shipwreck of the —–, in the English Channel on December 25, 1944. Pfc. Williams was first reported missing on that date. This 19 year old youth volunteered for service on April 7, 1944 and received his basic training at Camp Wheeler, Ga., and Camp Rucker, Ala., before going overseas in November. Pfc. Williams, who was with the 262nd Infantry Division, had only been overseas about three weeks prior  to his death. A member of the Grassy Springs Baptist Church, Heiskell’s death has brought sorrow to a wide circle of friends. He is survived by his parents, Mr. and Mrs. H. Clyde Williams, one sister, Mildres, one brother, Donald, Rogersville, Rot. 2, and his granparents, W.H. Morgan, Rogersville and Hugh Williams, Lee Valley, Tenn.