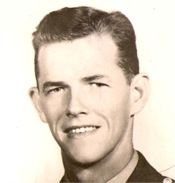 Staff Sergeant Bailes lived at 622 Maynard Street, Knoxville with his family. Prior to joining the military, he was a college student. He enlisted in the military on August 10, 1942 in Fort Oglethorpe, Georgia. He served in the Pacific theater of the war in the 149th Infantry, 38th Infantry Division. He was killed in action on May 30, 1945 on Luzon Island, Philippines. He is buried in Lynnhurst Cemetery in Knoxville. 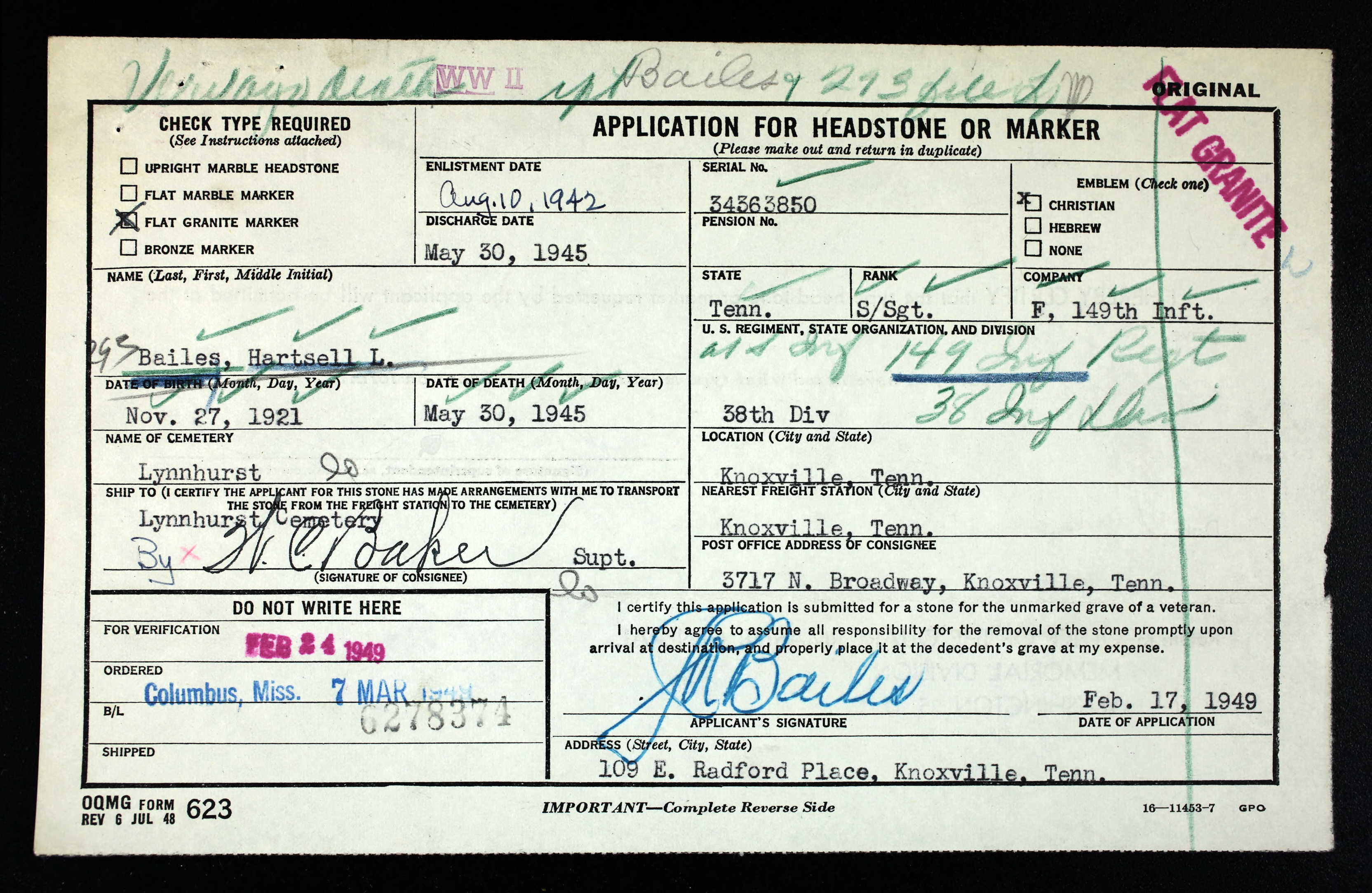