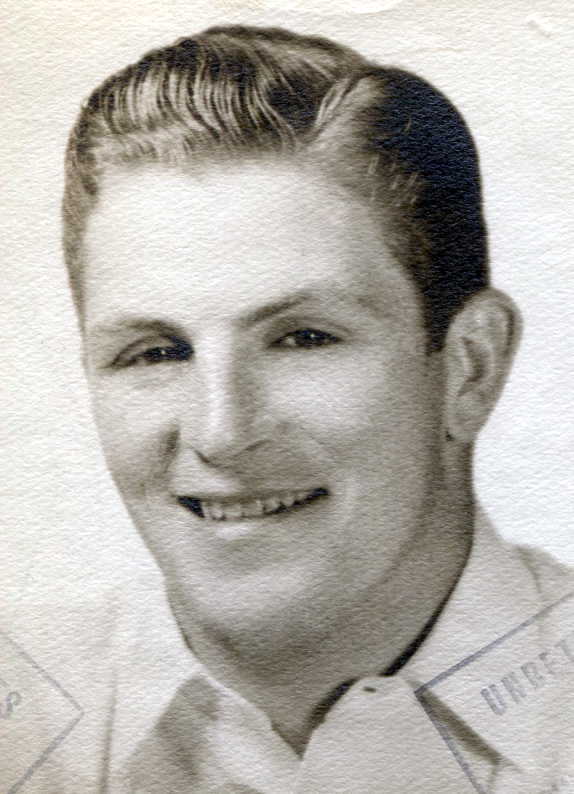 John Francis Hart, 21, was the son of James W. Hart and Margaret Corbett Hart of Oak Ridge, TN. A member of the Colgate University Class of 1946, he died in the Pacific of wounds sustained in Manila, the Philippines, March 15, 1945, while serving with the First Cavalry Regiment. The regiment was believed to have taken an active part in liberating internees of the Santo Tomas  Camp in Manila.

Hart was born in Corning, NY and entered college from Ithaca High School. At Colgate he was a member of Phi Gamma Delta and distinguished himself as a football and basketball player. As a member of the Army Enlisted Reserve, he received his call to active duty in May, 1943. After a period of training at Camp Wheeler, GA, he went overseas in December with a Cavalry Service Troop.

An article published in Colgate University Athletic Director William  A. (Bill) Reid’s Newsletter No. 11 mentioned that “Jack was stationed in New Guinea, where he saw action with ‘Custer’s  Cavalry’ on Los Negros Island. Early last year he spent several months at the Fort Ord Replacement Depot, CA, but evidently returned to the Pacific last spring. Information received by Mr. Reid indicates that he had been wounded the day of his death.”

His survivors include his parents, James Hart, engineer on a large government project in Tennessee, and Margaret Corbett Hart, former Corningite; three sisters, Misses Eleanor and Marda Hart at home and Mrs. Robert Miles of Syracuse; one brother, Corporal Robert Hart with the Seventh Army in Germany. 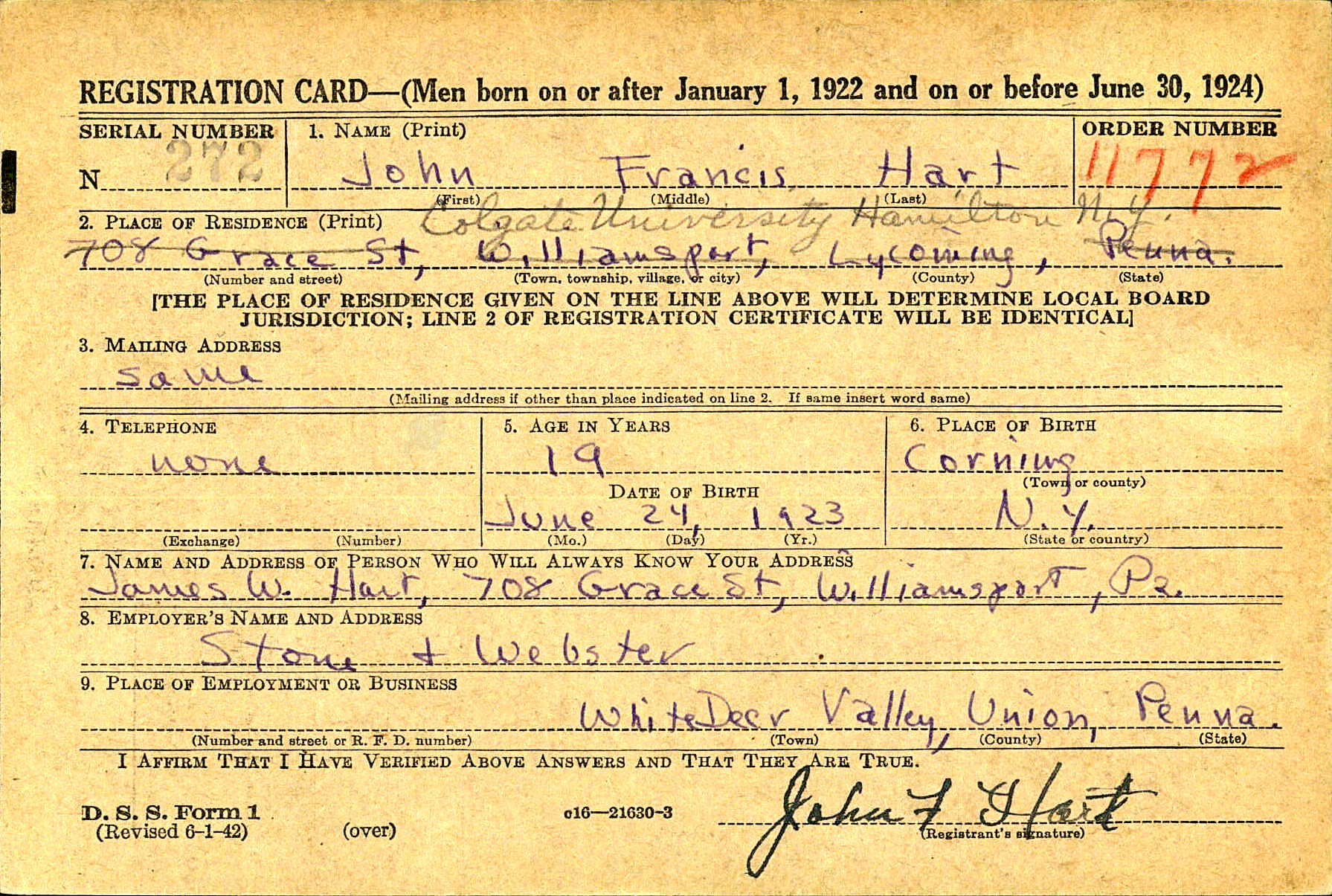 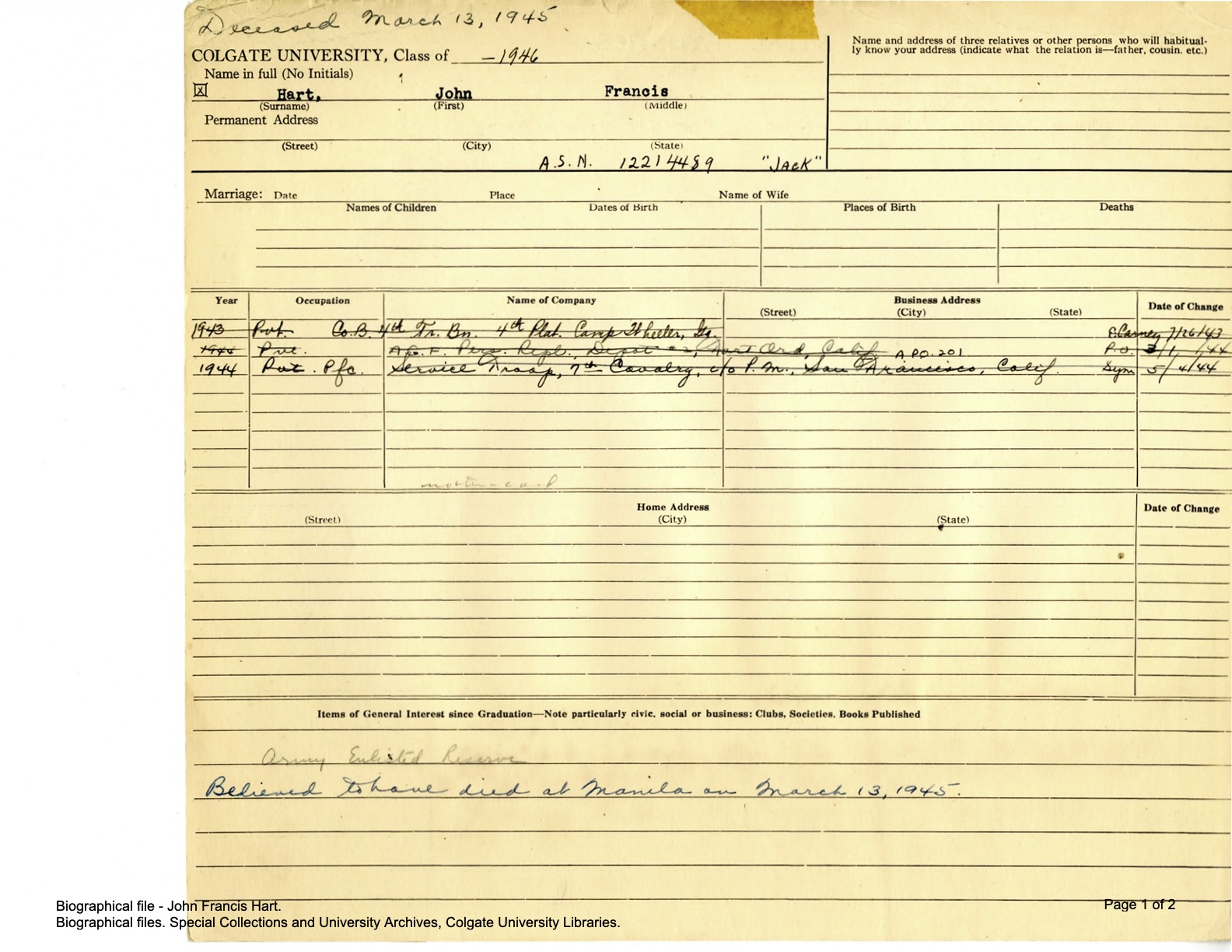 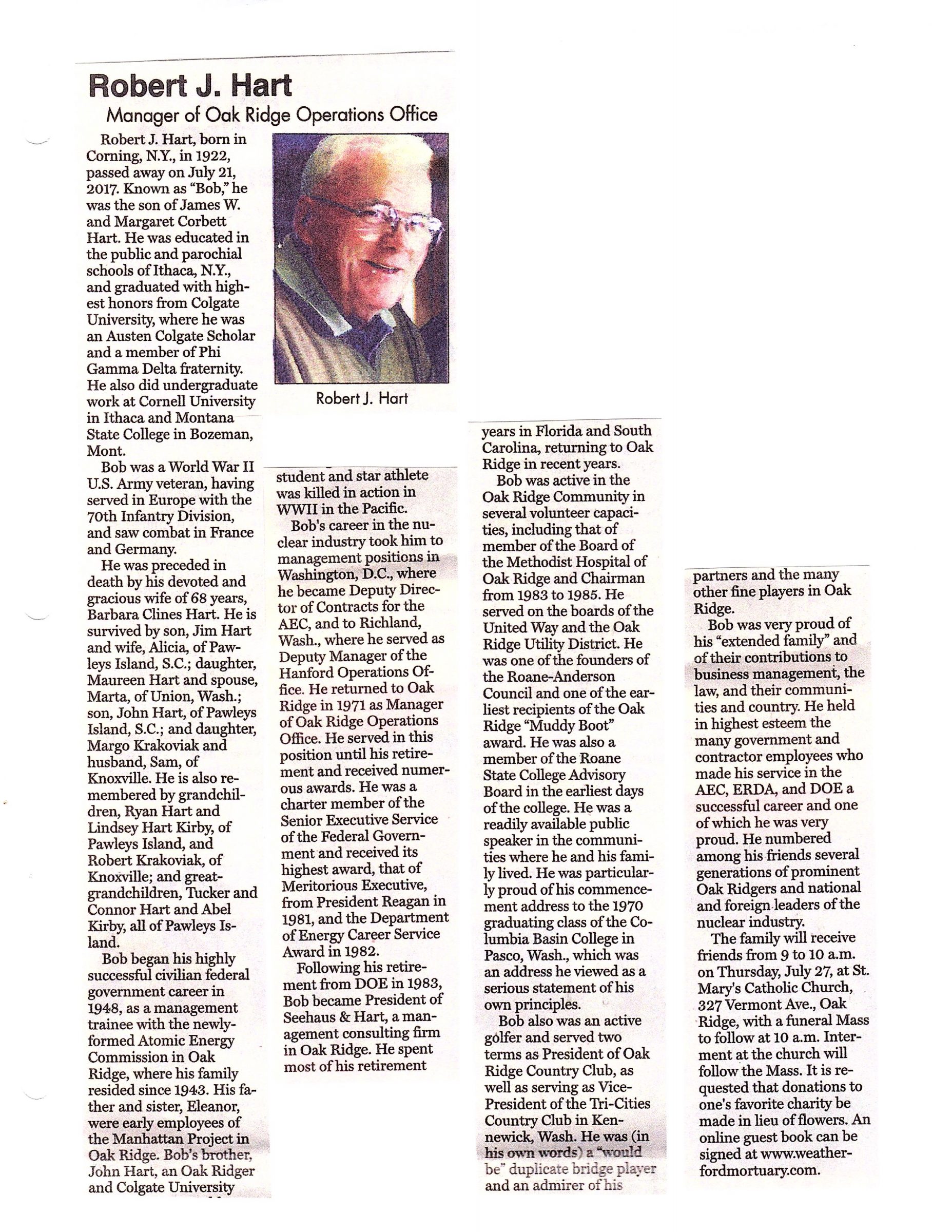