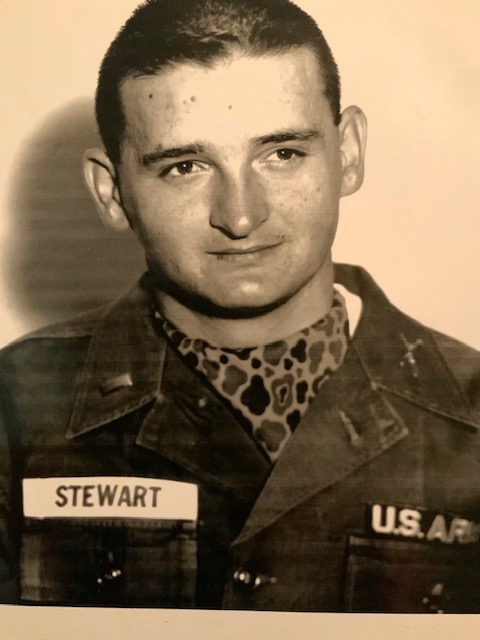 Harry was born in Johnson City, Washington County, Tennessee, on 3 October 1941 and graduated Science Hill High School, Class of 1960. While working here in a movie theater, he enlisted in the United States Army on 28 September 1960. After five years in the Army, Harry applied for Officer Candidate School (OCS) and was accepted. He graduated Infantry OCS, Class 1-66 at Fort Benning, Columbus, Georgia and was promoted to 2nd Lieutenant on 14 January 1966.

Harry was assigned to Company C, 2nd Battalion, 27th Infantry Regiment, 25th Infantry Division. While at Fort Ord, located on Monterey Bay, California, he was assigned as a Training Officer. Harry met the love of his life there, the daughter of the Base Commander and they were married on 5 October 1966. After a leave here at home in Johnson City in November 1966, he left for and arrived in South Vietnam on 14 December 1966 and was promoted to 1st Lieutenant shortly thereafter. As the Platoon Leader for 3rd Platoon, Harry was killed by a grenade thrown by the enemy in the Kien Hoa Province, South Vietnam, on 10 March 1967. He was 25 years old and was awarded the Purple Heart. Harry is interred at the Andrew Johnson National Cemetery in Greeneville, Greene County, Tennessee at Section OS, Site 24.

In one of Harry’s very last letters home he had this to say to the folks at home: “Last, but not least, thank you and everyone else for remembering me in their prayers. Don’t waste that precious stuff on my safe return. That is already decided. Ask instead, that I do my job well and that God be with me in the performance of my duties. Ask that I have the wisdom, the skill, the courage, the strength, the leadership, the endurance and the will that this job requires. All else will take care of itself.”

Harry was a member of the First Evangelical United Brethren Church and the youngest son of Mr. and Mrs. Fred H. Stewart. He was married to Mary Michelle Hall.
–Submitted by Allen D. Jackson, USAF (Ret)

Rick Stetson
OCS Classmate
This officer graduated from Infantry OCS Class 1-66, FT Benning, GA on 14 Jan 66. He was a friend who died serving his country. We miss you Stew.
Thursday, October 07, 1999

Charles Green
charliegreen@indy.rr.com
Friend and fellow member of C227
1317 Fletcher Avenue
Indianapolis, IN 46203 USA
Remembering happy hour with third herd
Lt Harry Stewart was the Platoon Leader of 3rd Platoon, Co C, 2BN, 27th Inf Wolfhounds while I was the Field First Sgt of the same unit. SSG Mario Crocetti and Lt Stewart would send a written note to the CP requesting the honor of my presence at Third Herd Happy Hour at 1800. It was more of a joke since we were out in the boonies at the time. It is still a warm memory of truly fine men and soldiers. The sadness of Mar 19, 1967, is also still with me. They found a VC in a small bunker. He came out clutching a grenade with the pin pulled. A fragment struck Lt Steward’s heart and he died on the spot. I will visit his memorial on Veterans Day 02 as I have in times past.
Wednesday, August 28, 2002

Harry was my uncle and father Fred Stewart’s brother. I met him when I was very young but do not recall him. Harry received the Silver and Bronze Stars and a Purple Heart during his service in Vietnam. I keep his medals and other information to memorialize him.
–Submitted by Dave Stewart 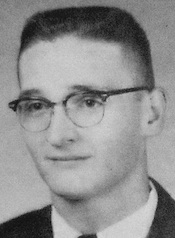 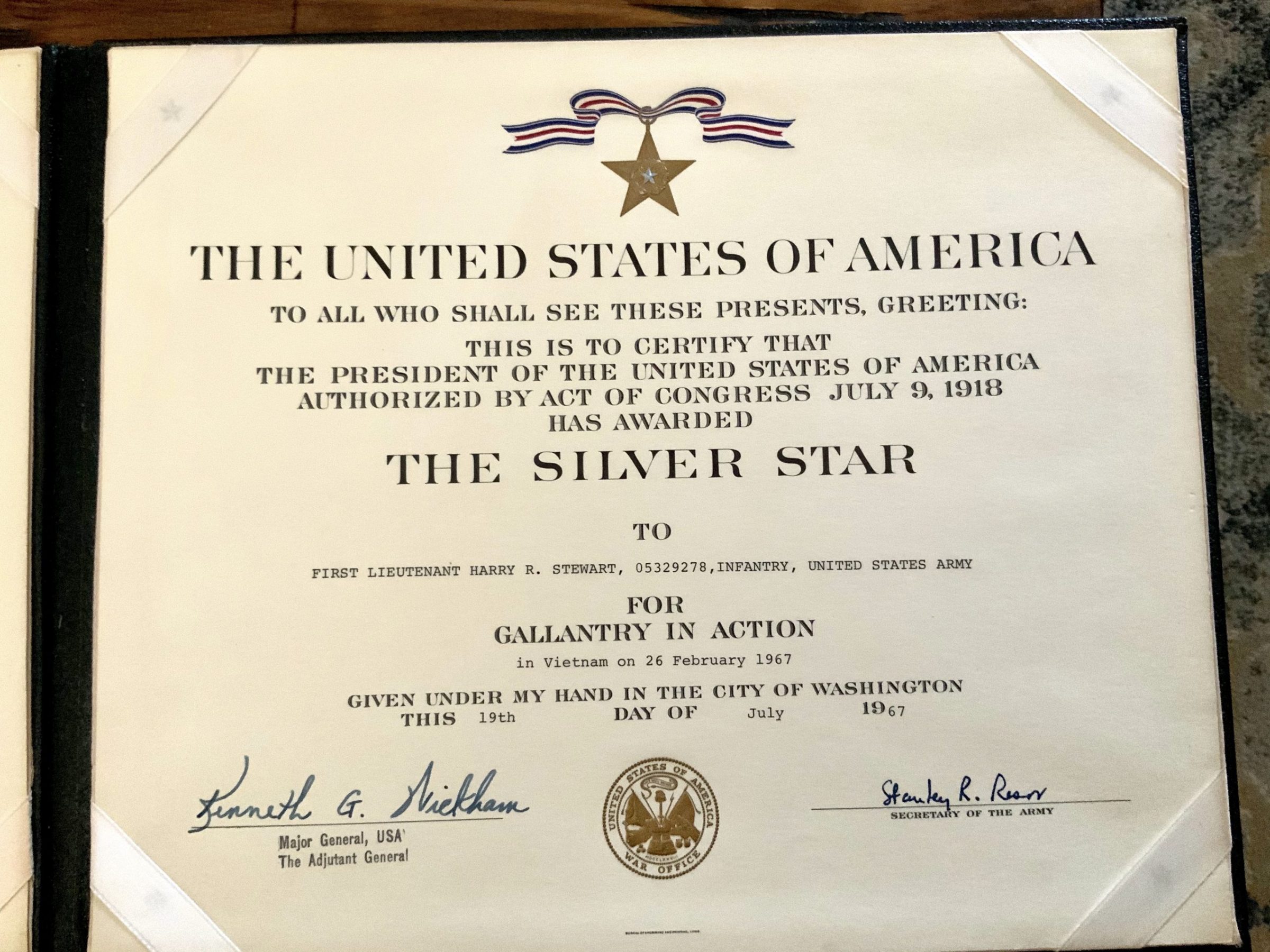 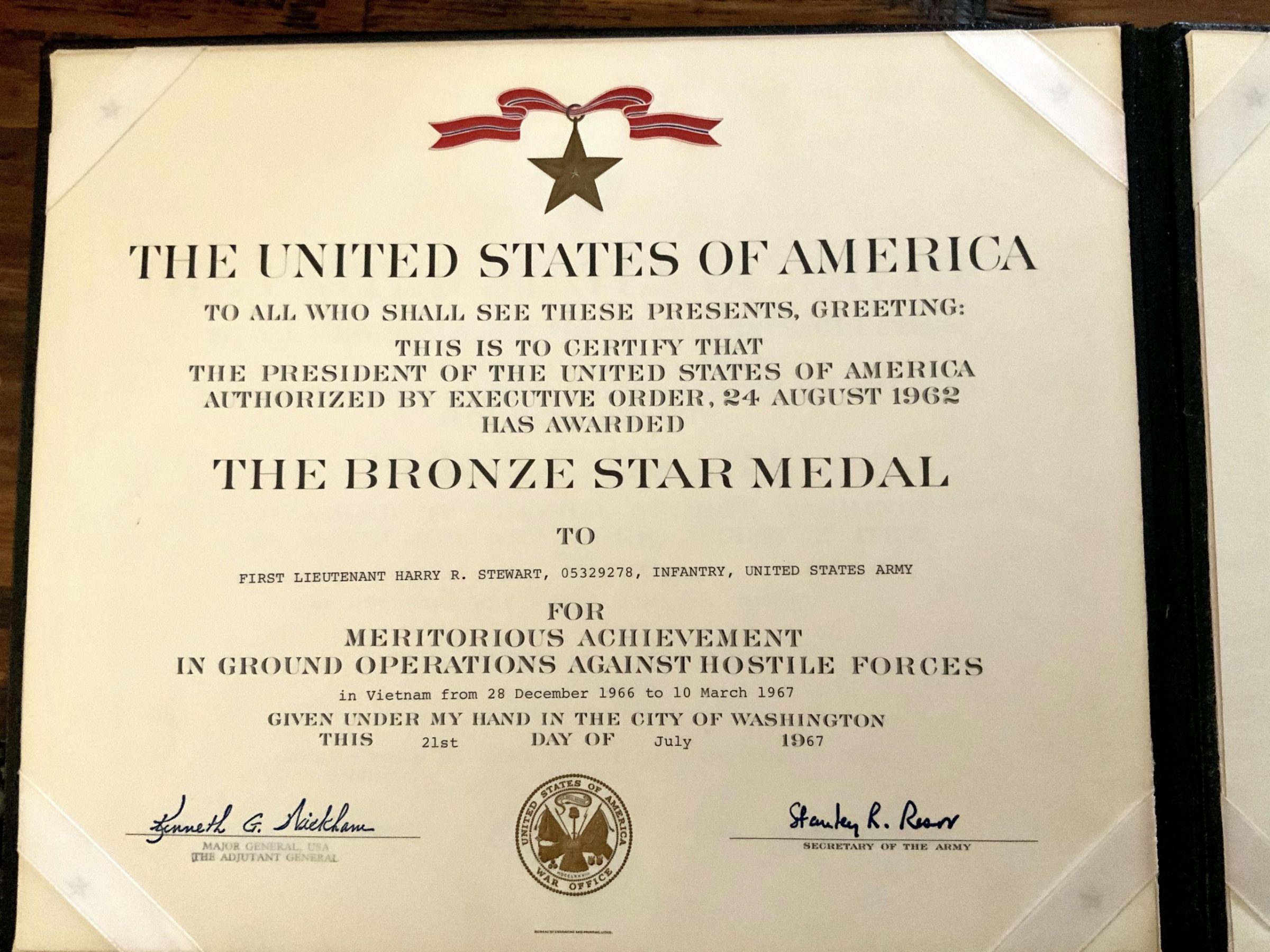 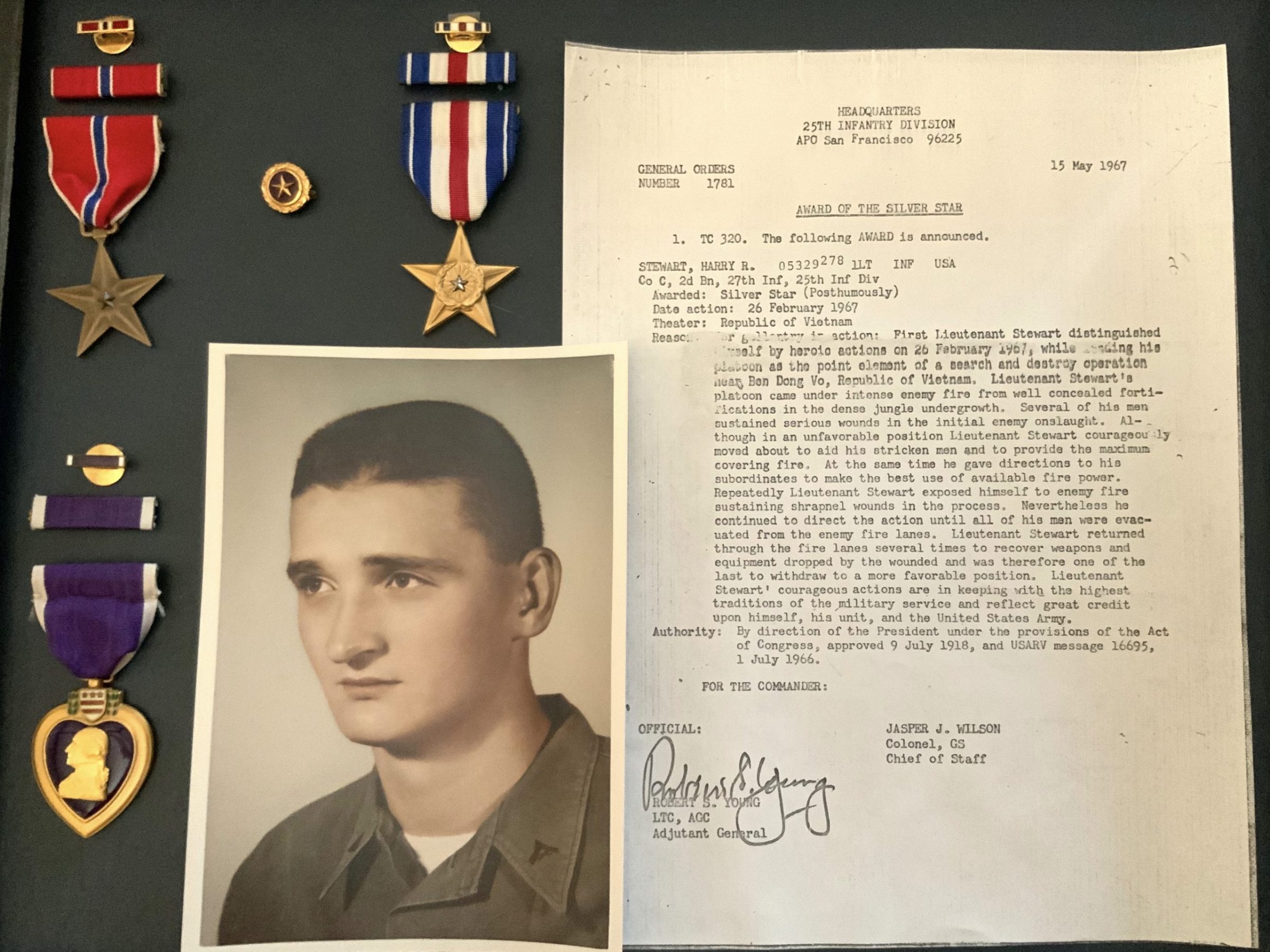 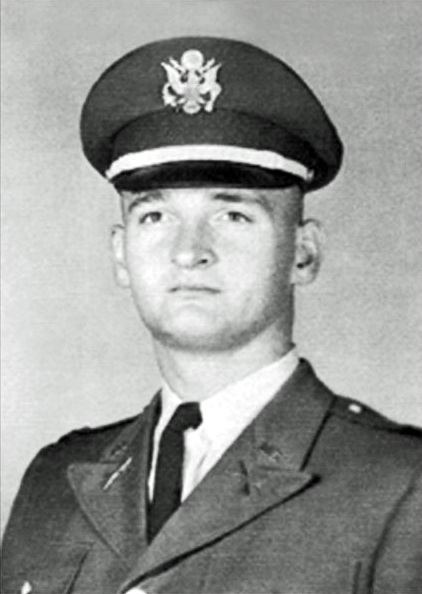