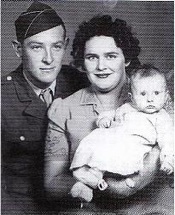 Harry was born September 7, 1921, in Athens, TN, the fifth child born to Robert Taylor McMahan and Ida Elizabeth Leamon McMahan. Harry had four sisters older than he and a baby brother who was stillborn. Harry and two of his sisters, Anna and Pauline, lived to be adults. One sister, Mildred, died at age 16 of heart disease, kidney disease, and arthritis. Another sister, Susie, died at two years of age from typhoid feaver.

Harry worked as a farmer and married Vivian Sue Wiggins on July 22, 1942, at Chatsworth, GA. He joined the Army National Guard on October 26, 1939, and served with the 117th Infantry, 30th Division, Company B in the European Theater of War. Harry fought in the Normandy Invasion and was killed in action on July 12, 1944, at St-Lo in France. He was awarded a Purple Heart and is buried at Cedar Grove Cemetery in Athens, TN.

His daughter, Mildred Diane McMahan Cormell, was 3 months old when Harry left home on January 2, 1944, for more training to go overseas. Harry came from a loving family who kept his memory alive for his daughter. 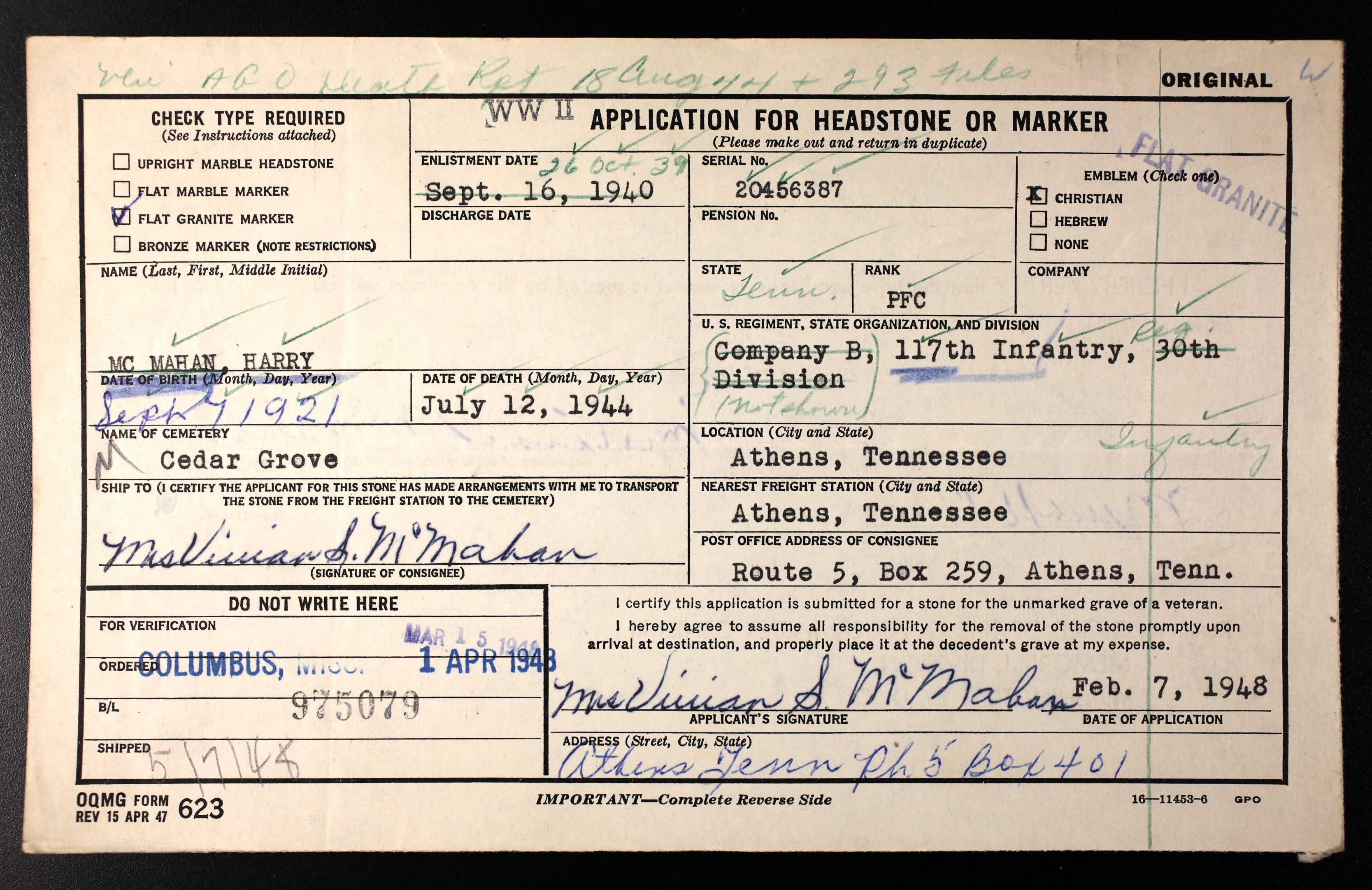