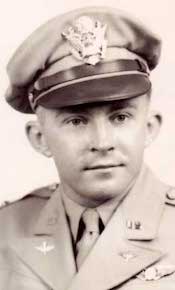 Aircraft B-24J with serial number 42-50664 departed from Tebenham on a bombing mission to Perleberg, Germany. This ship was attacked by fighters. The plane was on fire and had lost its elevator. No chutes were observed. One crew states the ship exploded. The plane crashed West of Perleberg, 96 miles NW of Frankfurt, Germany. 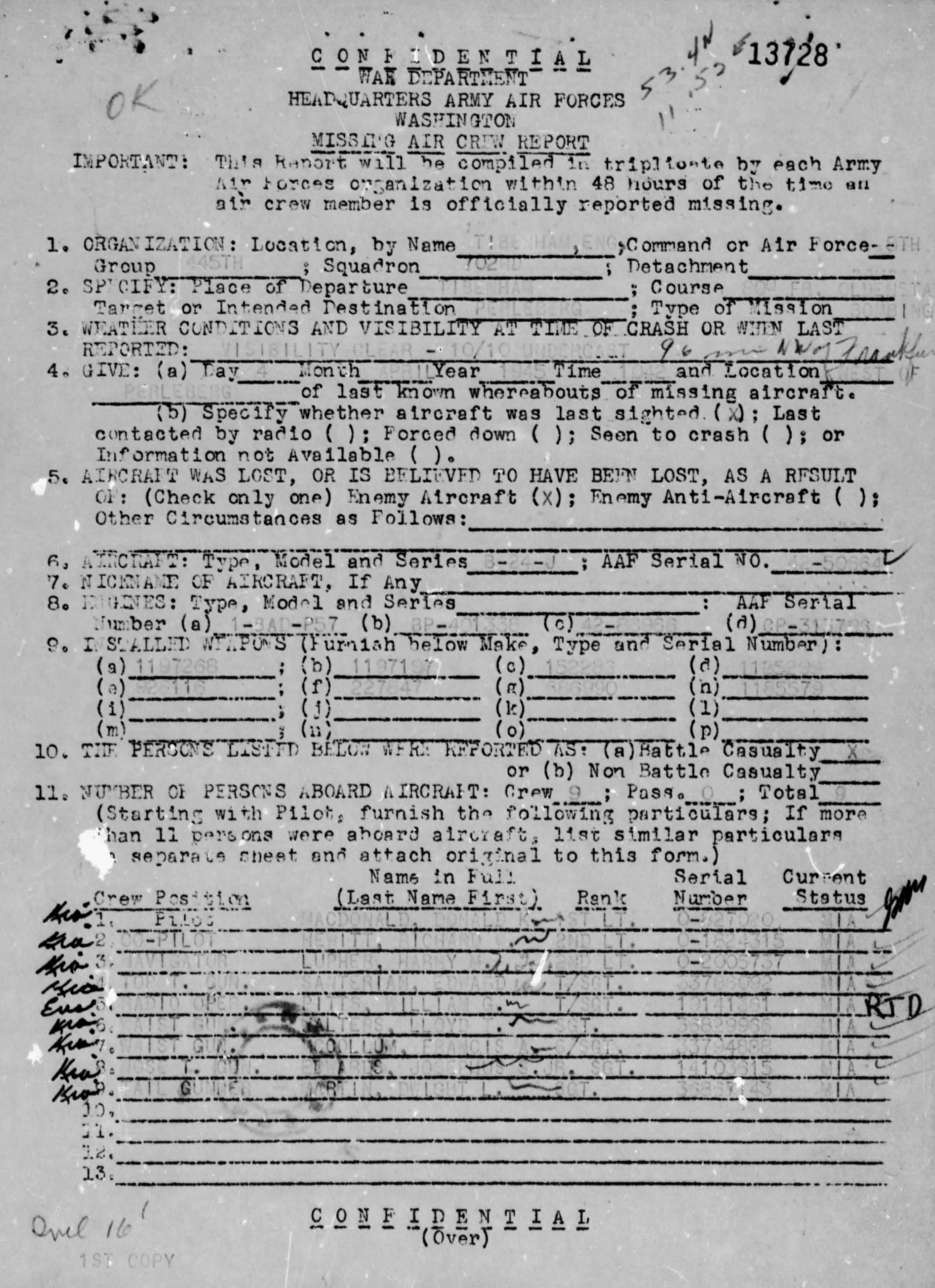 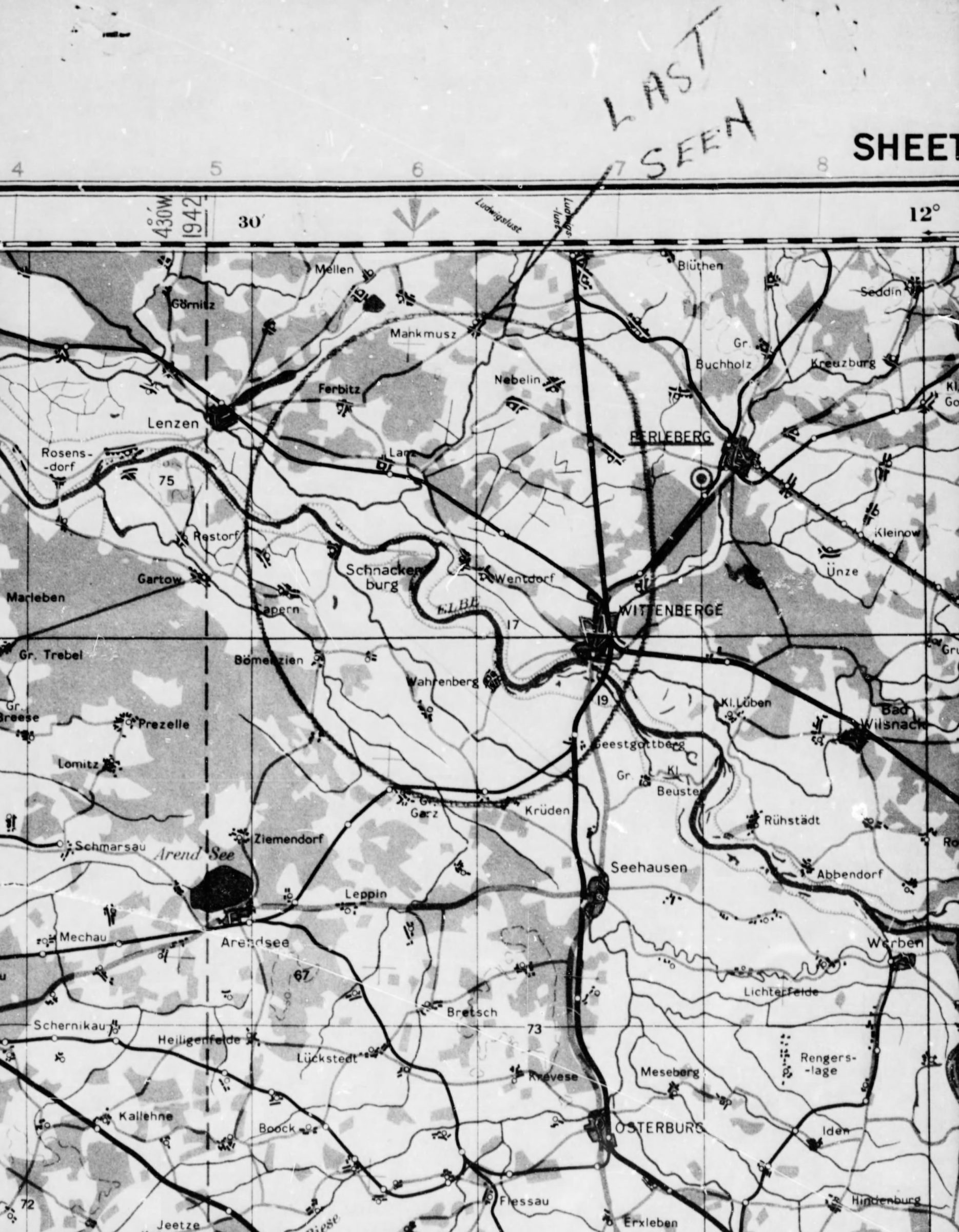