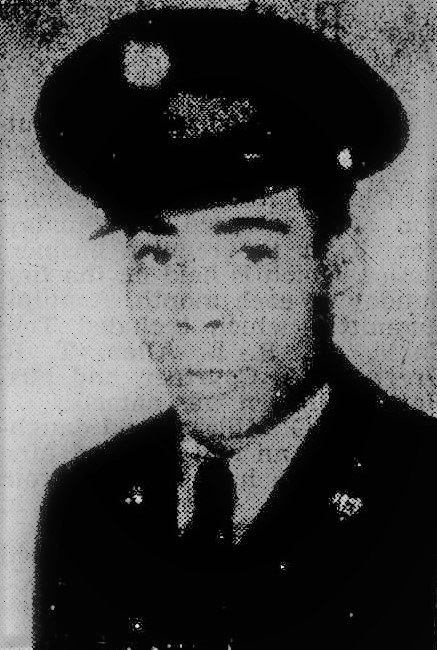 Private Wilson was a Light Weapons Infantryman with the 35th Infantry Regiment, 25th Infantry Division. He was taken Prisoner of War while fighting the enemy in North Korea on November 27, 1950 and died while a prisoner on February 8, 1951.

He is buried at Holy Hill Cemetery, Mountain City, TN.

The Mountain City, Tenn., Tomahawk, October 12, 1955
The body of the late Pfc. Harry Leon Wilson arrived in Abingdon, Va., on Oct. 26, and was taken to Hill Funeral Home in Mountain City, where it remaind until the next day, at which time it was removed to the family residence. Pfc. Wilson enlisted in the service on January 1, 1950. After training at Fort Dix, N.J., and at Fort Belvoir, Va., he was transferred to Korea on September 10, 1950. He was reported missing November 15, 1950 and was declared dead on August 12, 1953. He died February 8, 1951, while in a Korean prison camp. Before entering service. Pfc. Wilson was a student at Shouns Chapel Schoon in Mountain City and Attended Douglas High School in Elizabethton. He was a member of the Methodist Church. He is survived by his parents Mr. and Mrs. Joe L. Wilson; a brother, Arthur C. Warren, all of Mountain City; paternal grandfather, Charlie Wilson of Williamson, W.Va.; maternal grandmother, Mrs. Emma Thomas of Mountain City. 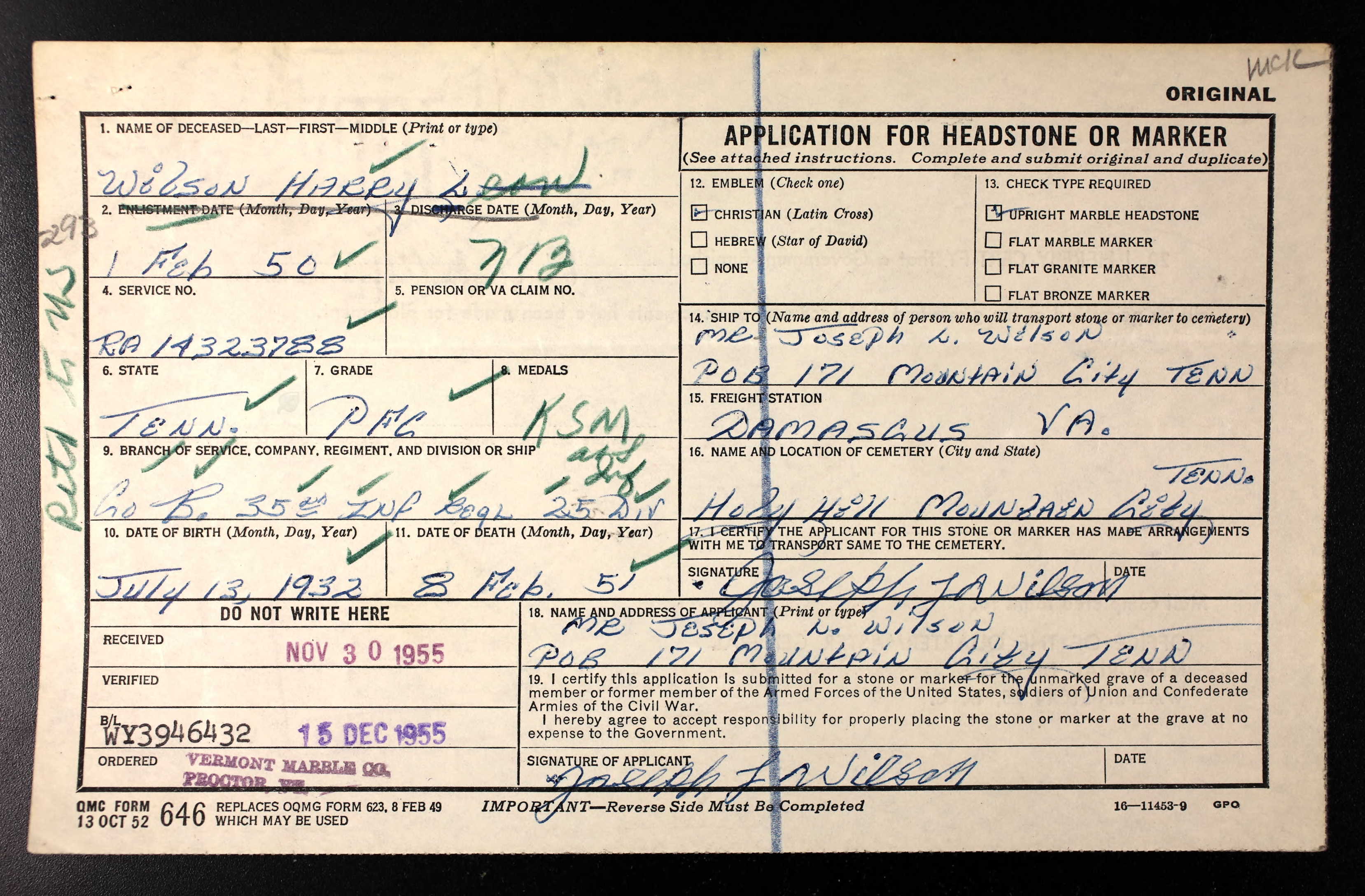 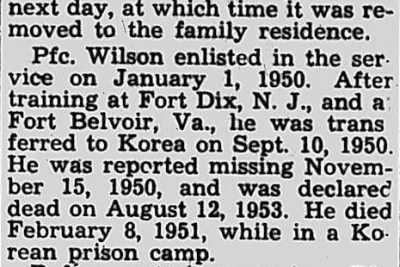