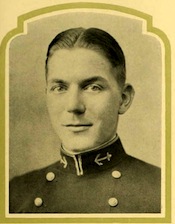 Lieutenant Commander Harry F. Bauer was born 17 July 1904 at Camp Thomas Lytle, Georgia. He was a graduate of the Naval Academy Class of 1927. During the early part of his career he served at shore stations, including a tour as instructor at the Naval Academy, and on USS Twiggs, USS Cuyama, and USS Tracy. Bauer was commisioned Lieutenant Commander 1 July 1941 and took command of the Fast Transport USS Gregory APD-3 on 1 January 1942. The Gregory landed Marines at Guadalcanal on 7 August 1942. The Gregory remained in the area following the landing giving support to the troops on shore and ferrying supplies.

On the night of 4-5 September 1942 the Gregory along with the USS Tracy was slowly transiting the area off Guadalcanal due to pitch black darkness when they noted gun fire nearby; while deciding how to proceed the two ships’ positions were given away when an American plane dropped flares over them and revealed them to three Japanese destroyers, Yudachi, Hatsuyuki, and Murakumo. In a running battle the two outgunned transports fought valiantly before being sunk.

Lt Comdr Bauer was badly wounded, giving the order to abandon ship and while being pulled clear of the ship by two of his crew he ordered them to rescue another man who was crying for assistance. Lt Comdr Bauer was lost. A finding of death was given on 4 September 1942. For his actions he was posthumously given the Silver Star.

Silver Star Award:
The President of the United States of American takes pride in presenting the Silver Star (Posthumously) to Commander Harry Frederick Bauer (NSN: 061133), United States Navy, for conspicuous gallantry and intrepidity as Commanding Officer of the U.S.S. GREGORY (APD-3) during action against enemy Japanese forces off Guadalcanal, Solomon Islands, on 4 September 1942. When hostile vessels moved in under the misty haze of night and bombarded our shore positions, Lieutenanant Commander Bauer, although seriously handicapped by limitation of fire power and reduction of armament, unhesitatingly steamed forward to challenge the attacking foe. Suddenly spotlighted under a flood of illumination from two forces of Japanese destroyers, he fought his ship with courageous determination and grim defiance, well aware that she was unequipped to engage an outnumbering force in battle. Scoring several hits on the enemy while attempting to withdraw before a vigorous curtain of fire, he kept his guns blazing away until the GREGORY was eventually struck and set aflame. His brilliant leadership and relentless fighting spirit, maintained with utter disregard of personal safety, were in keeping with the highest traditions of the United States Naval Service. 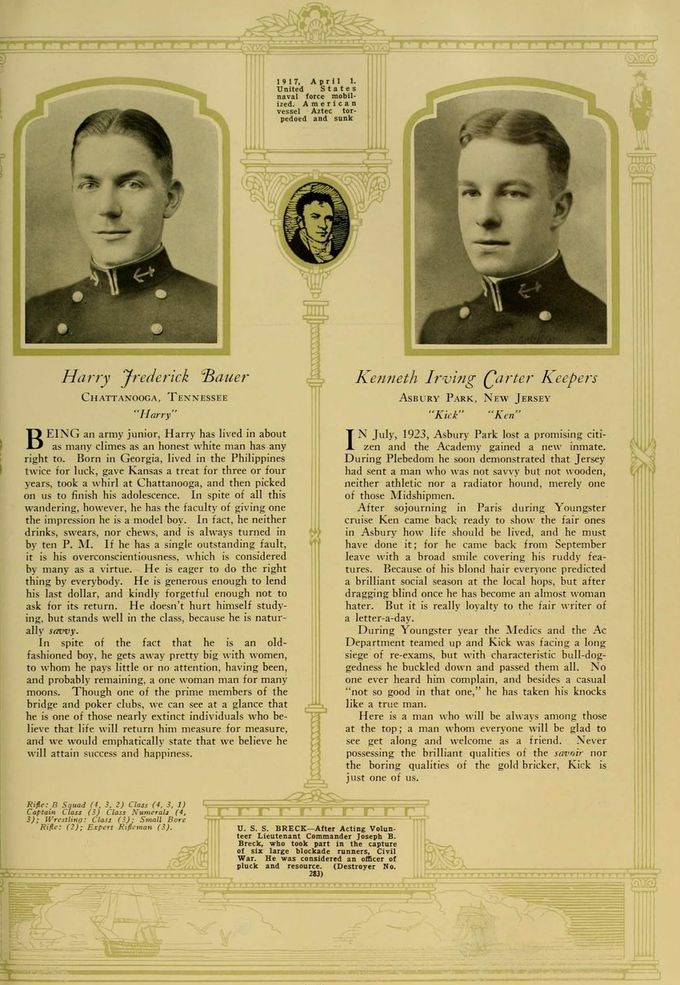 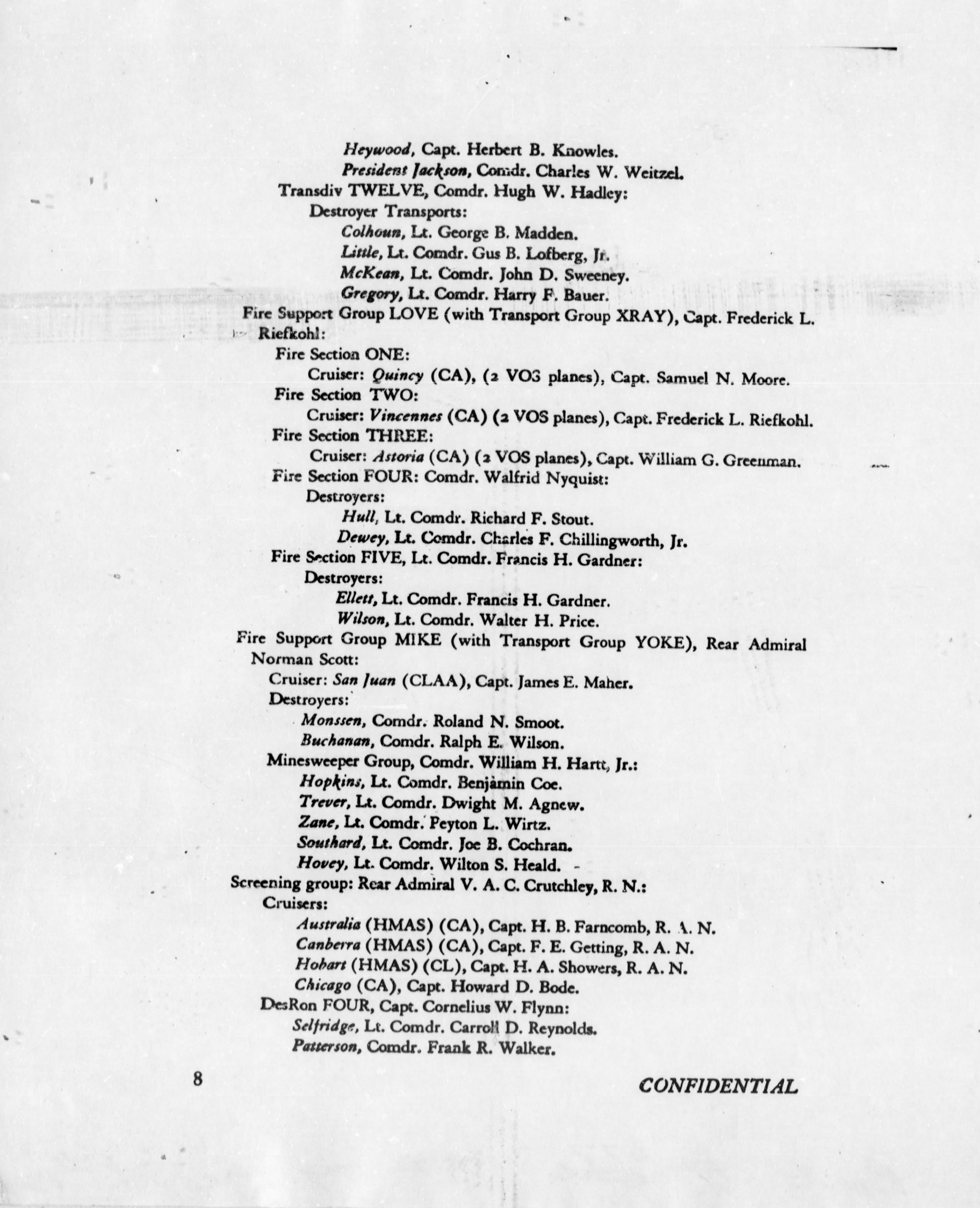 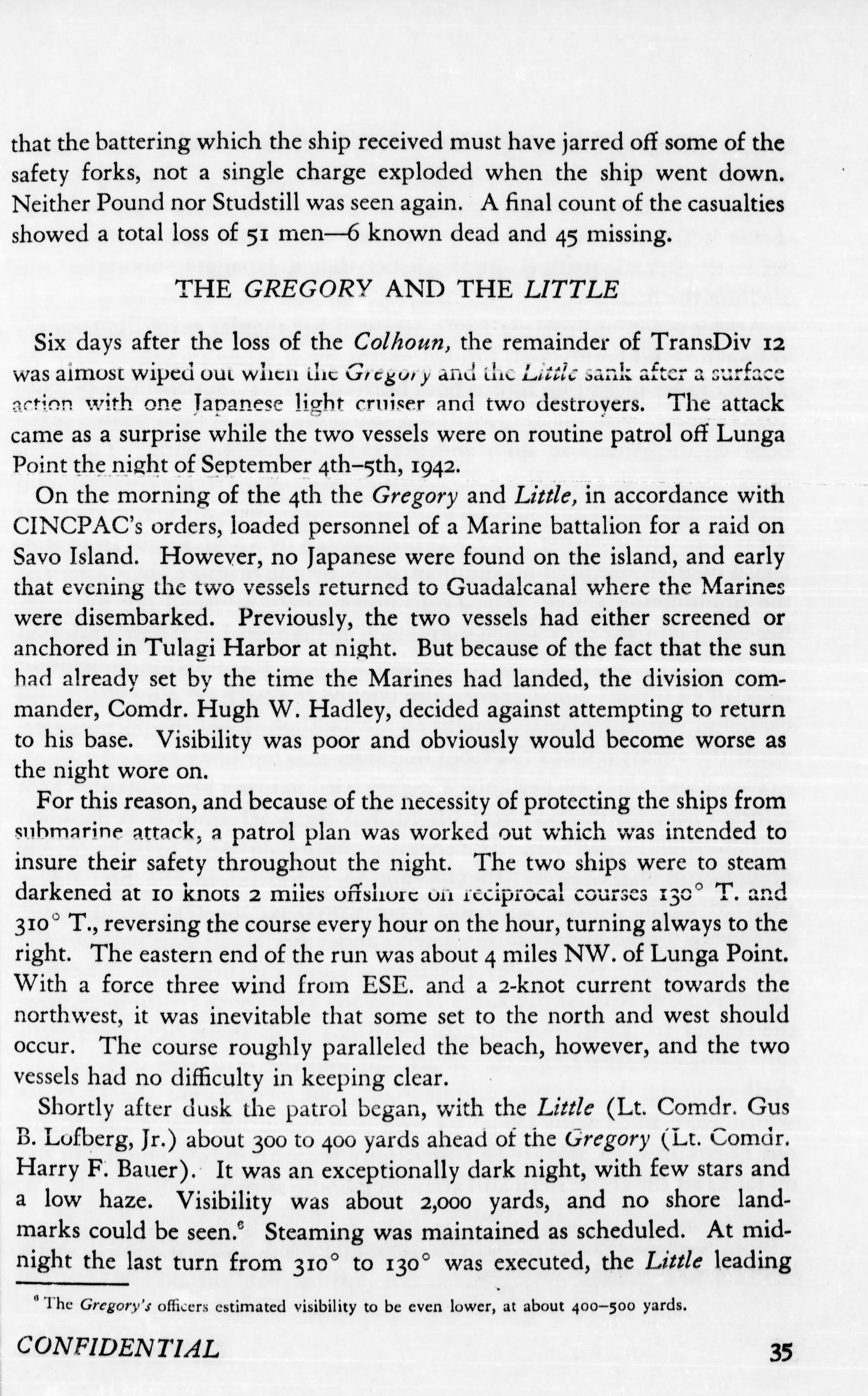 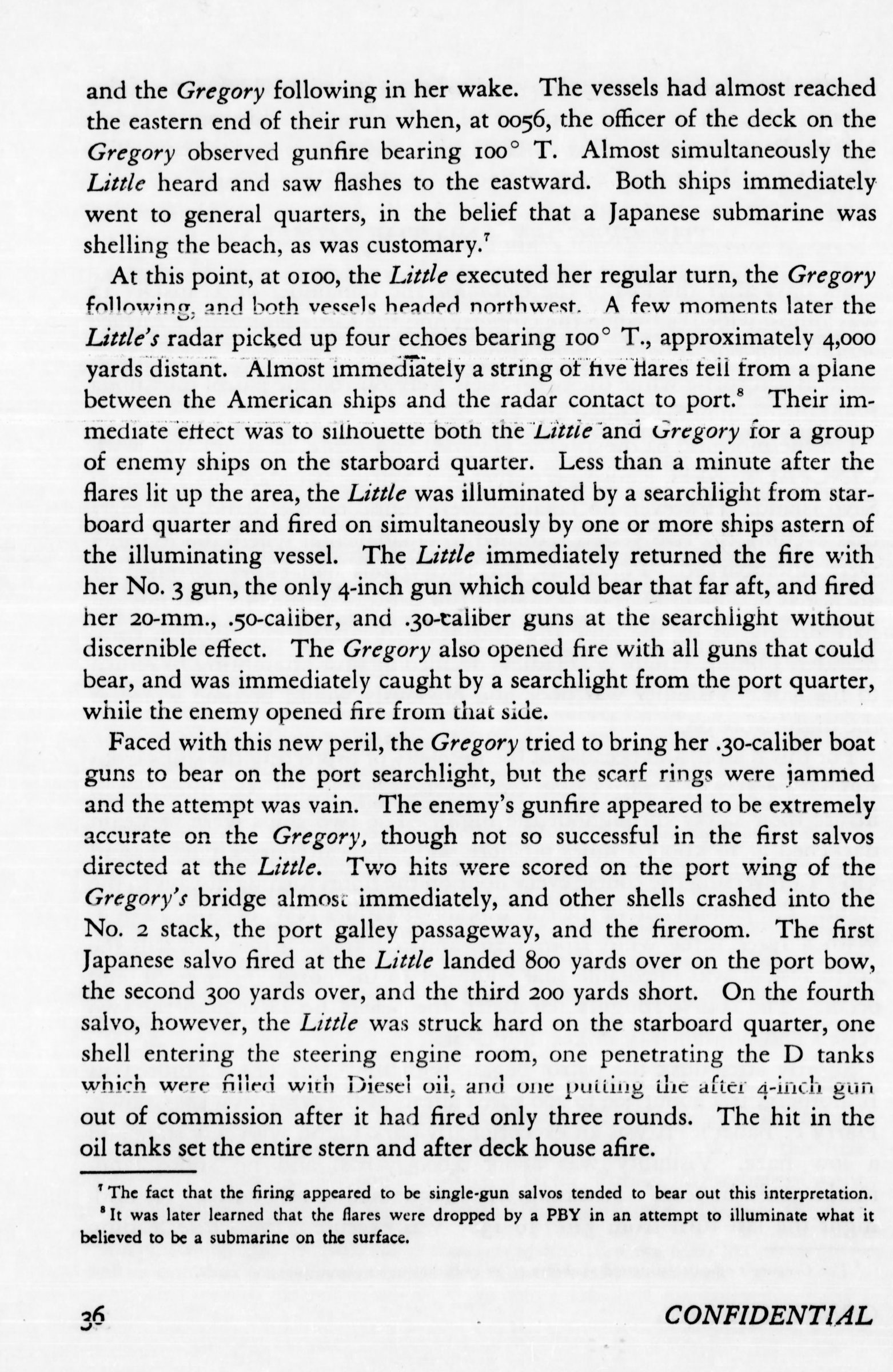 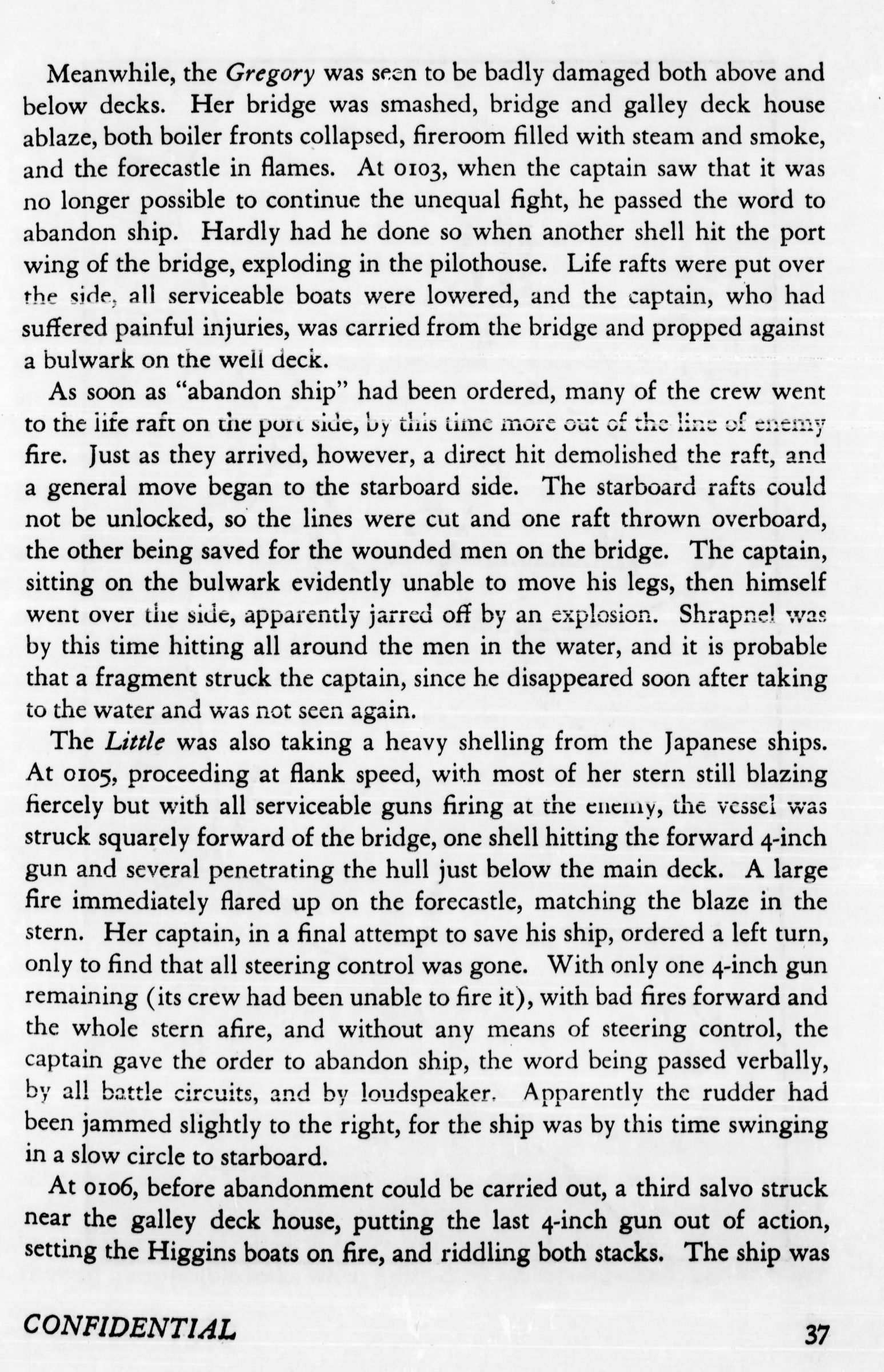 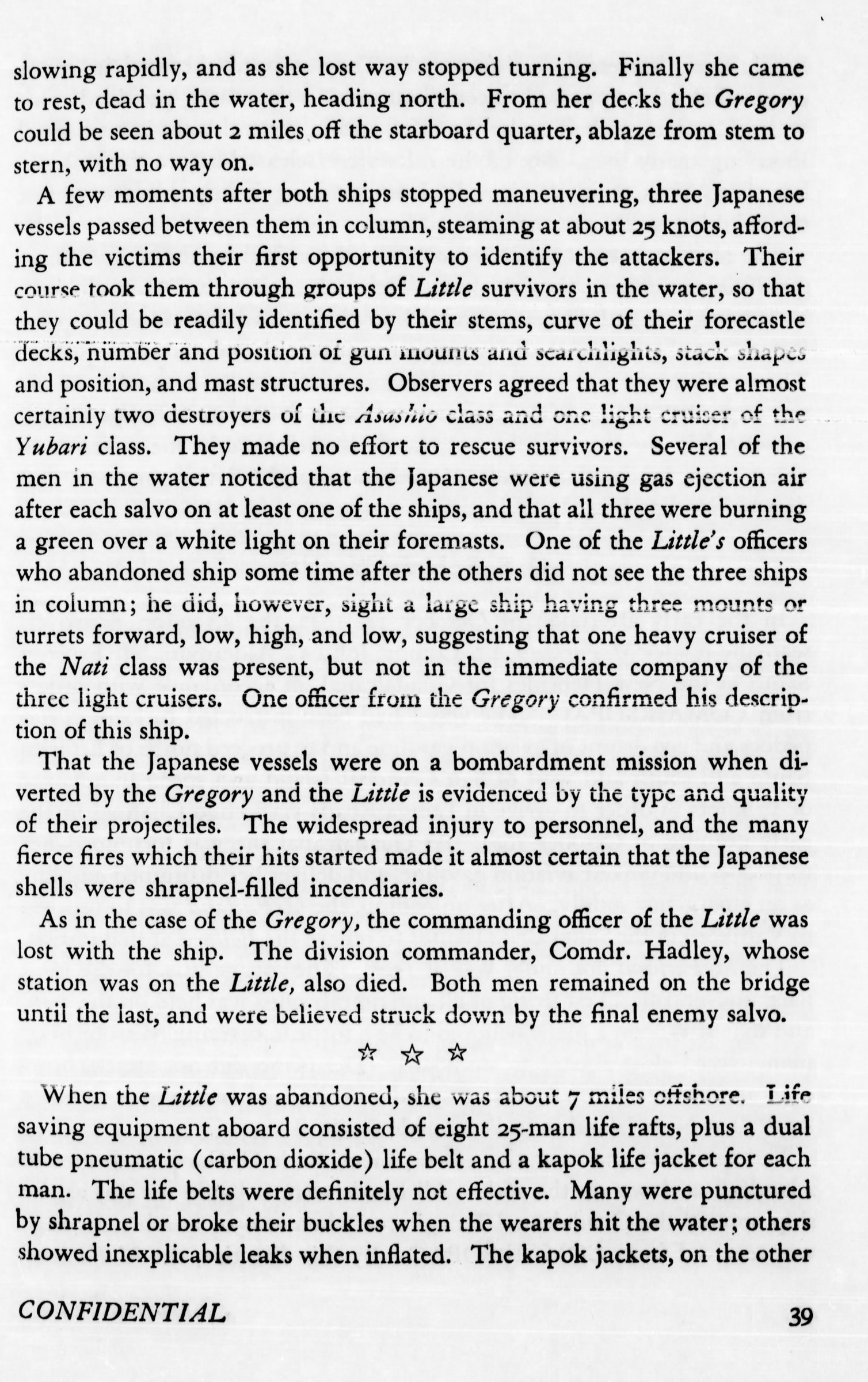 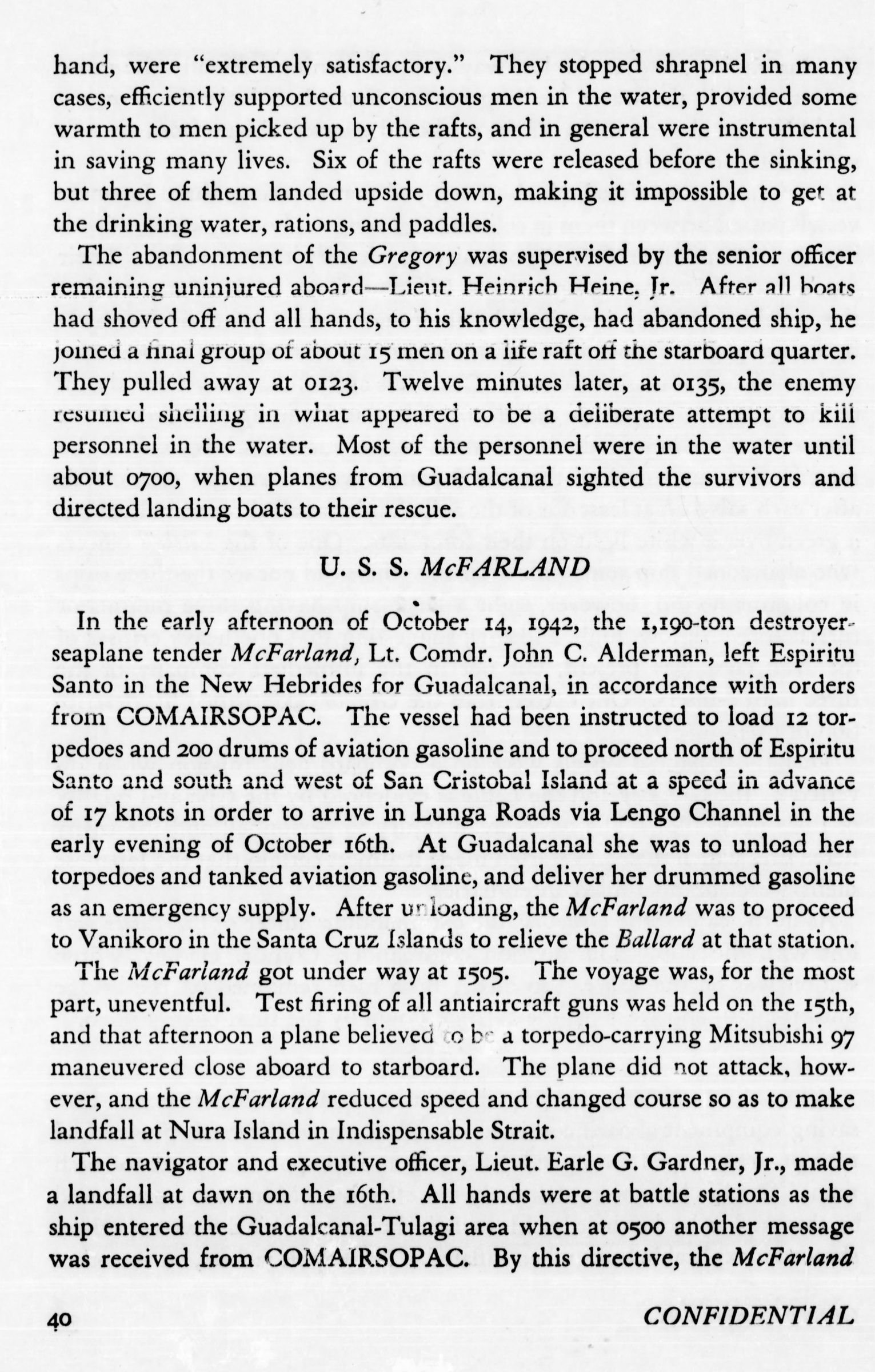 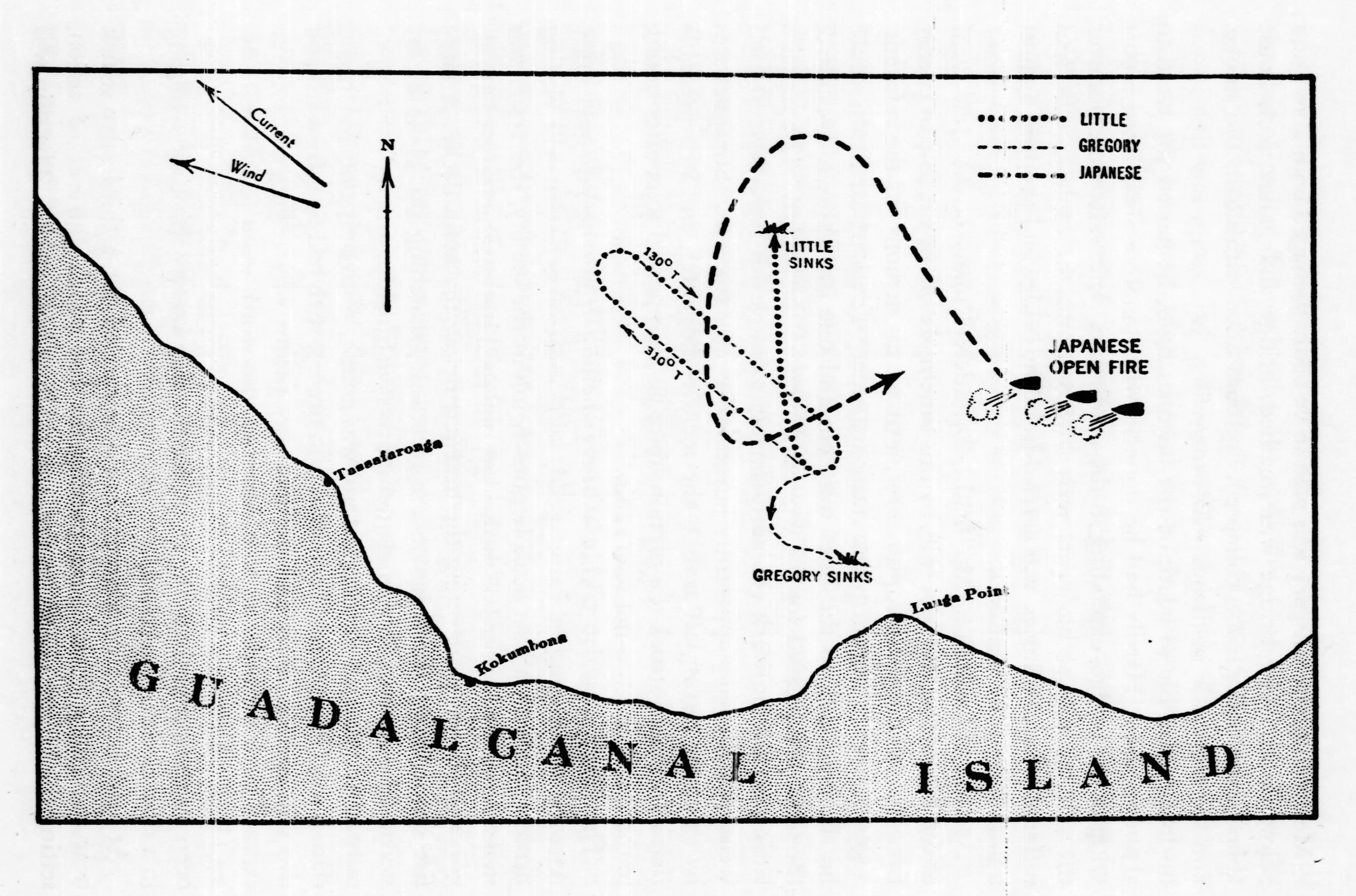