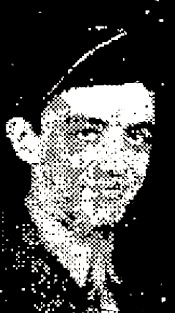 Harry Hensley Jr., 19,  was killed in action in Germany. He entered the service September 4, 1944 and received 17 weeks of basic training at Camp Croft, S.C. The soldier was serving with General Patch’s Seventh Army overseas. He had seen two months of overseas service.

Pvt. Hensley was the son of the late Harry C. Hensley Sr.  and Mrs. Fannie Hensley of East Charlemont Street, and his sister is Miss Eloise Hensley of Kingsport.

He is buried at Lorraine American Cemetery at St. Avold in France, Plot F, Row 11, Grave 27 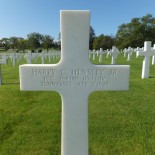 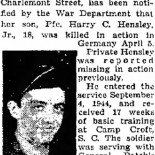 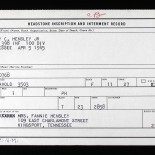