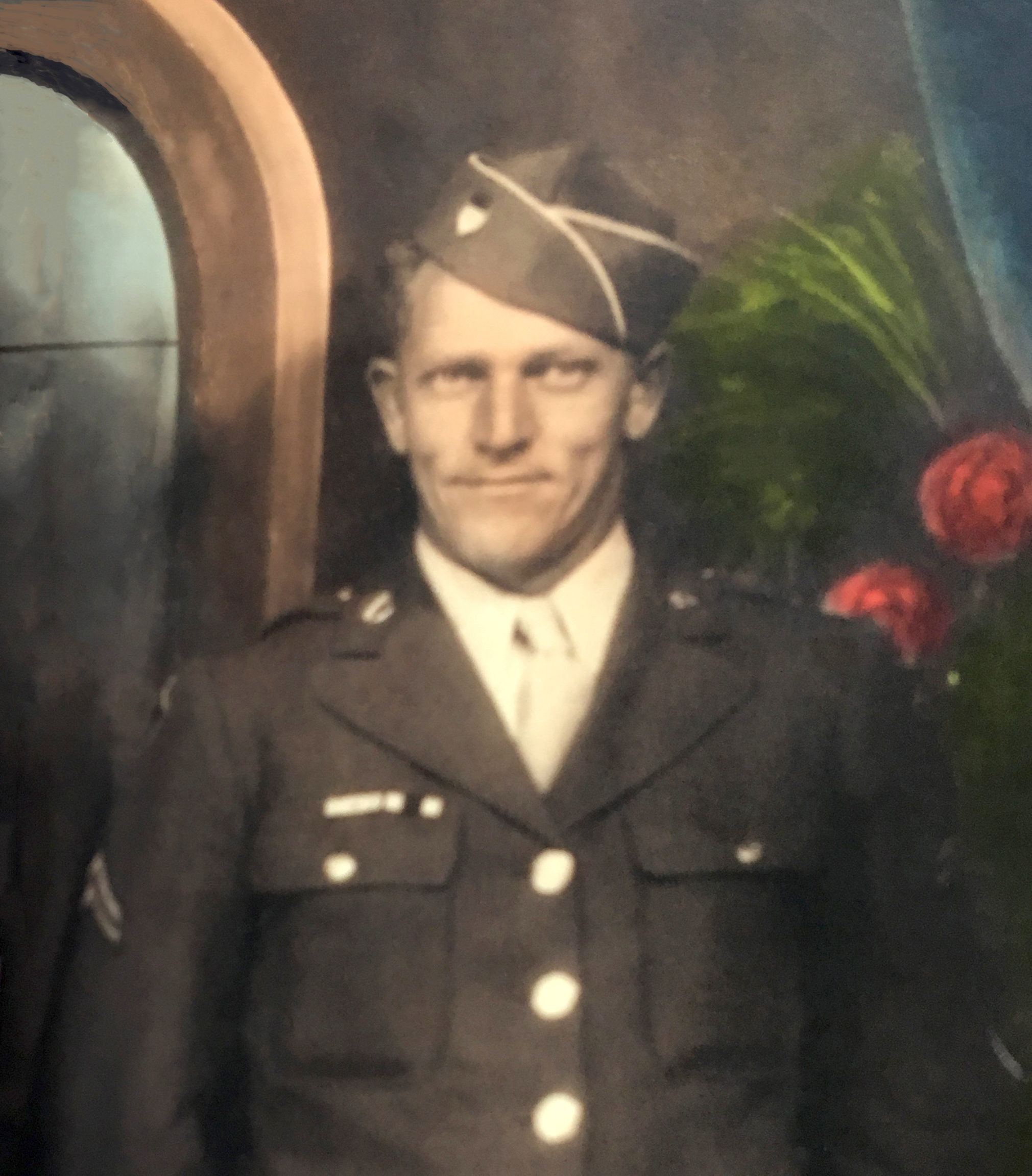 The Greeneville Sun, August 3, 1944
Sgt. Harry Blankenship, aged 33, was killed in action in France, June 26, according to a telegram from the War Department received Sunday by his brother, Mr. Earl Blankenship of Grenneville, Rt. 9. Sgt. Blankenship was first reported as missing in action, the first message arriving here ten days ago.
Sgt. Blanekenship who was in the infantry entered the service January 20, 1942 and had been in foreign service since the past December.
A son of the late Mr. and Mrs. C.E. Blankenship, he had made his home with his brother, Mr. Earl Blankenship for the past seventeen years. His survivors in addition to his brohter include another brother, Clarence Blankenship, GM1c, U.S. Navy, and five sisters, Mrs. Robert Walker of Johnson City, Mrs. Connard Olley of Pittsburgh, Pa., Mrs. Leon Gray of Johnson City, Cpl Louise Blankenship of the WAC, somewhere in England and Miss Edith Blankenship of Johnson City. 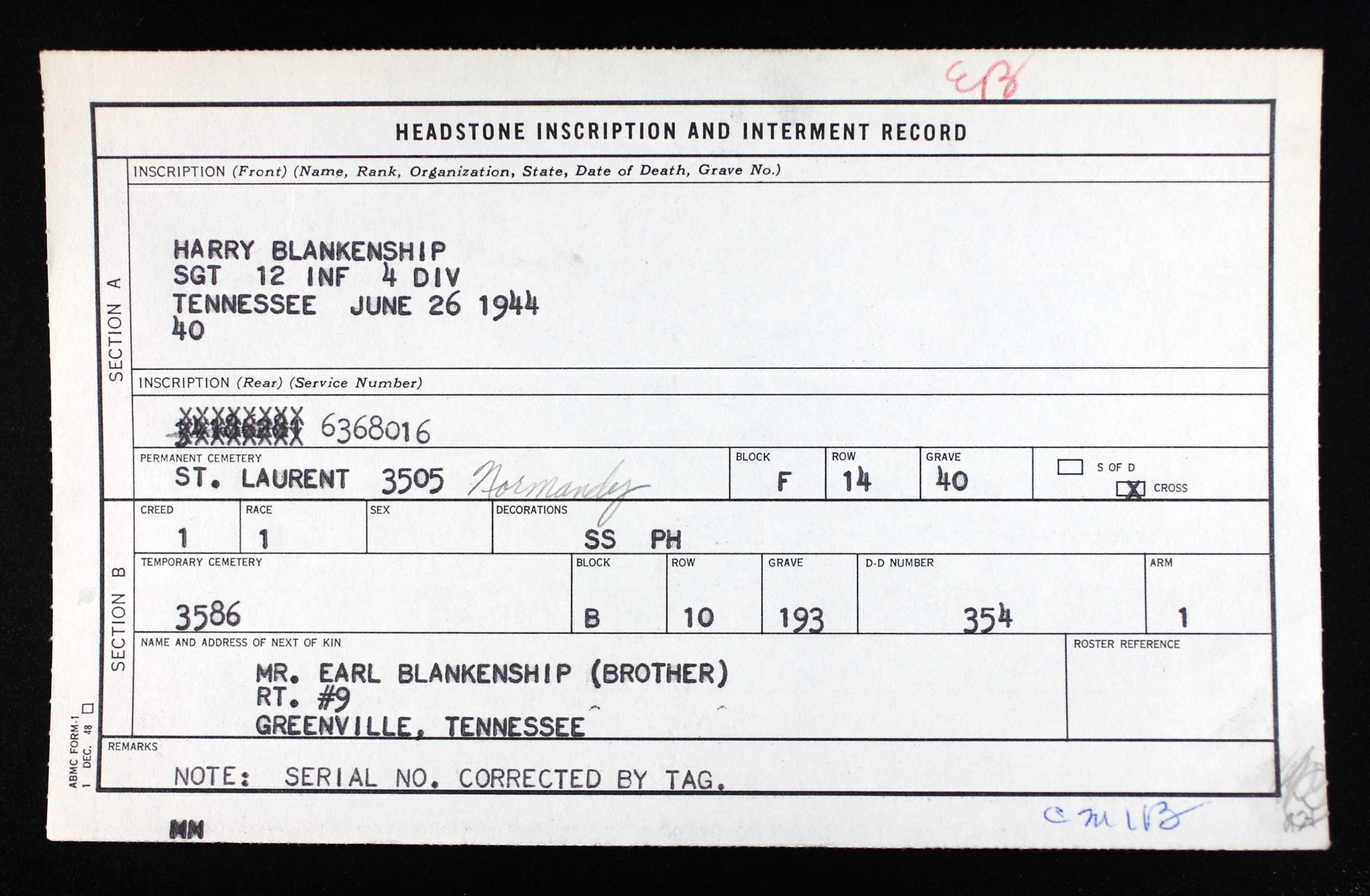