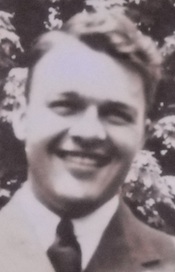 Possibly the first military casualty from East Tennessee in World War II, Sgt. Henry (Harry) Archer Womack Jr., a member of the Royal Canadian Air Force, was killed in a flying accident at Upton, Cheshire, England while on an operational flight. He is buried in the Hawarden churchyard, Flintshire, Wales.

JOHNSON CITY, July 3 – Sgt Pilot Harry Womac Jr., 21, Johnson City boy who joined England’s Royal Air Force looking for something a little exciting, was killed in an air accident Tuesday near Chester, Cheshire, England, his parents learned by cablegram today.
Details in the message were meager, but it was taken that Womack was not killed in action since the crash occured near the RAF station at Hawarden, near Chester….
Mr. and Mrs. Womack Sr., of 212 East Eighth Avenue, showed a letter from their son which arrived shortly before news of his death in which he proclaimed the might of Britian and declared ‘Germany can’t win’
The letter said in part:
‘I’m certainly enjoying flying the Spitfires. They are wonderful little airplanes, and Germany is going to have to go strong to make anything better. I have just finished making application for admittance to the American Eagle Squadron here. I’ll certainly be glad to get with some American fellows…
‘Everyone here still says that England is sure to win, and I was always inclined to be an optimist, so I heartily agree with them. If you folks at home keep the airplanes and ships and guns and food rolling this way, I’m sure Germany can’t win.’ 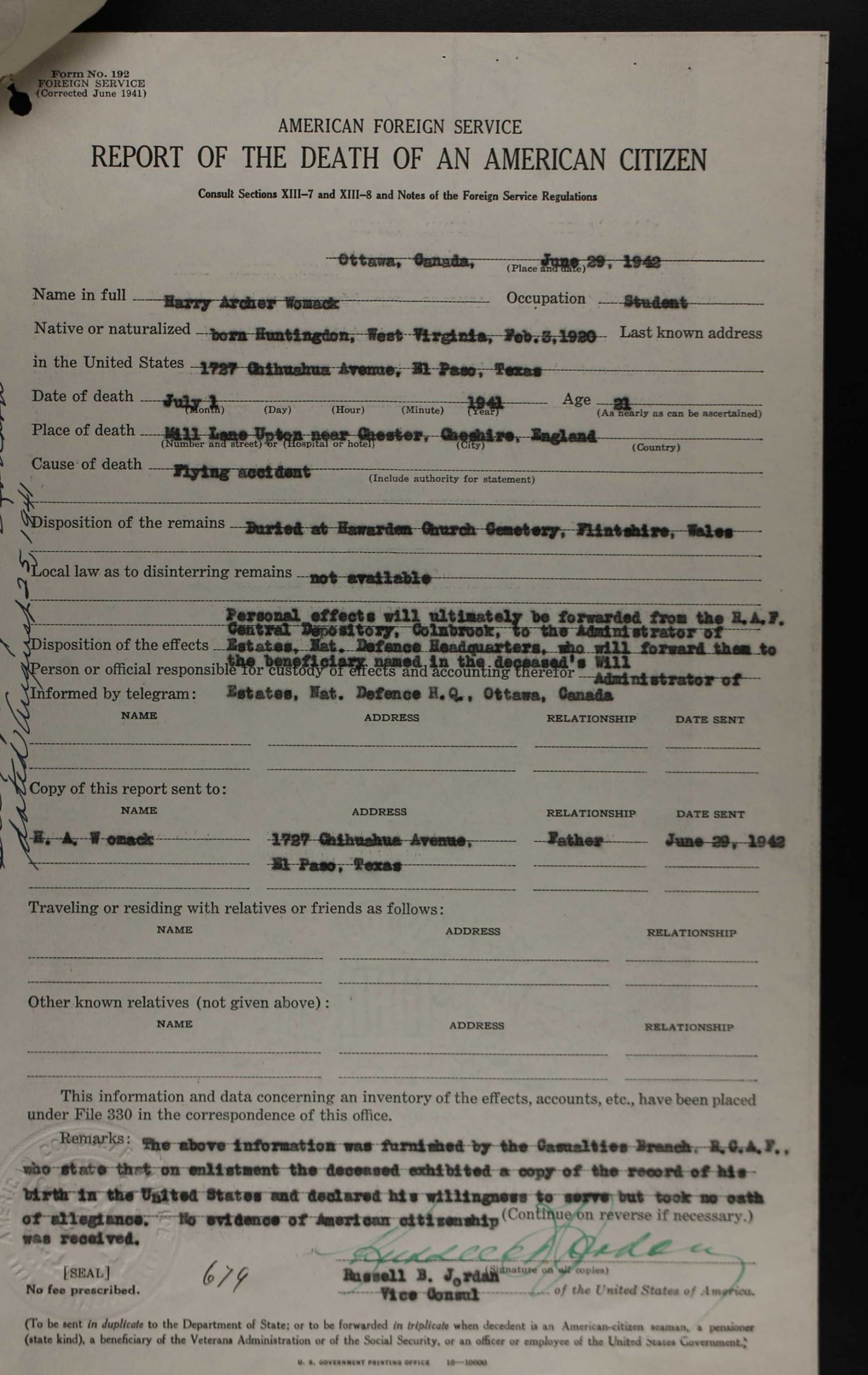 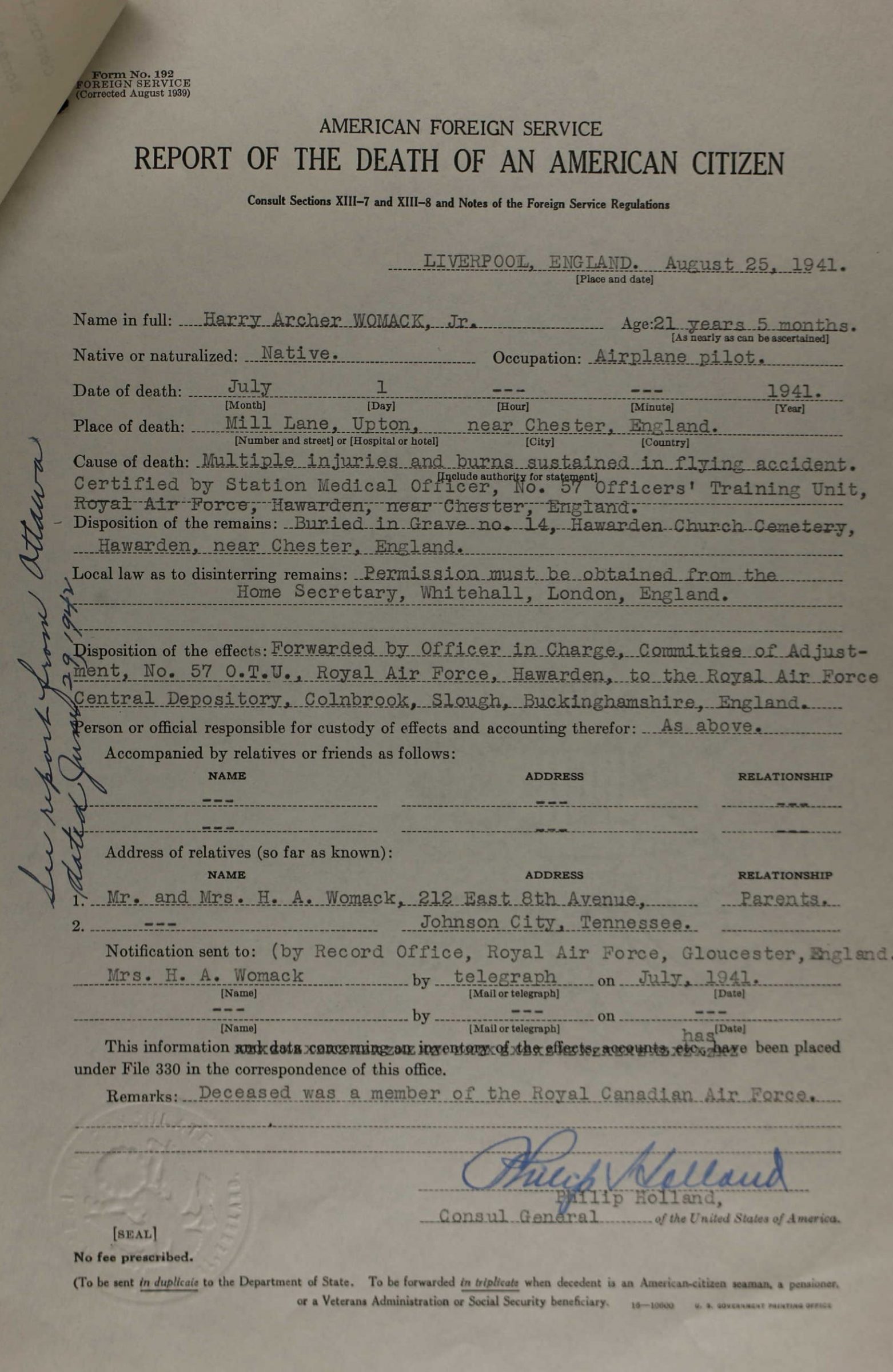 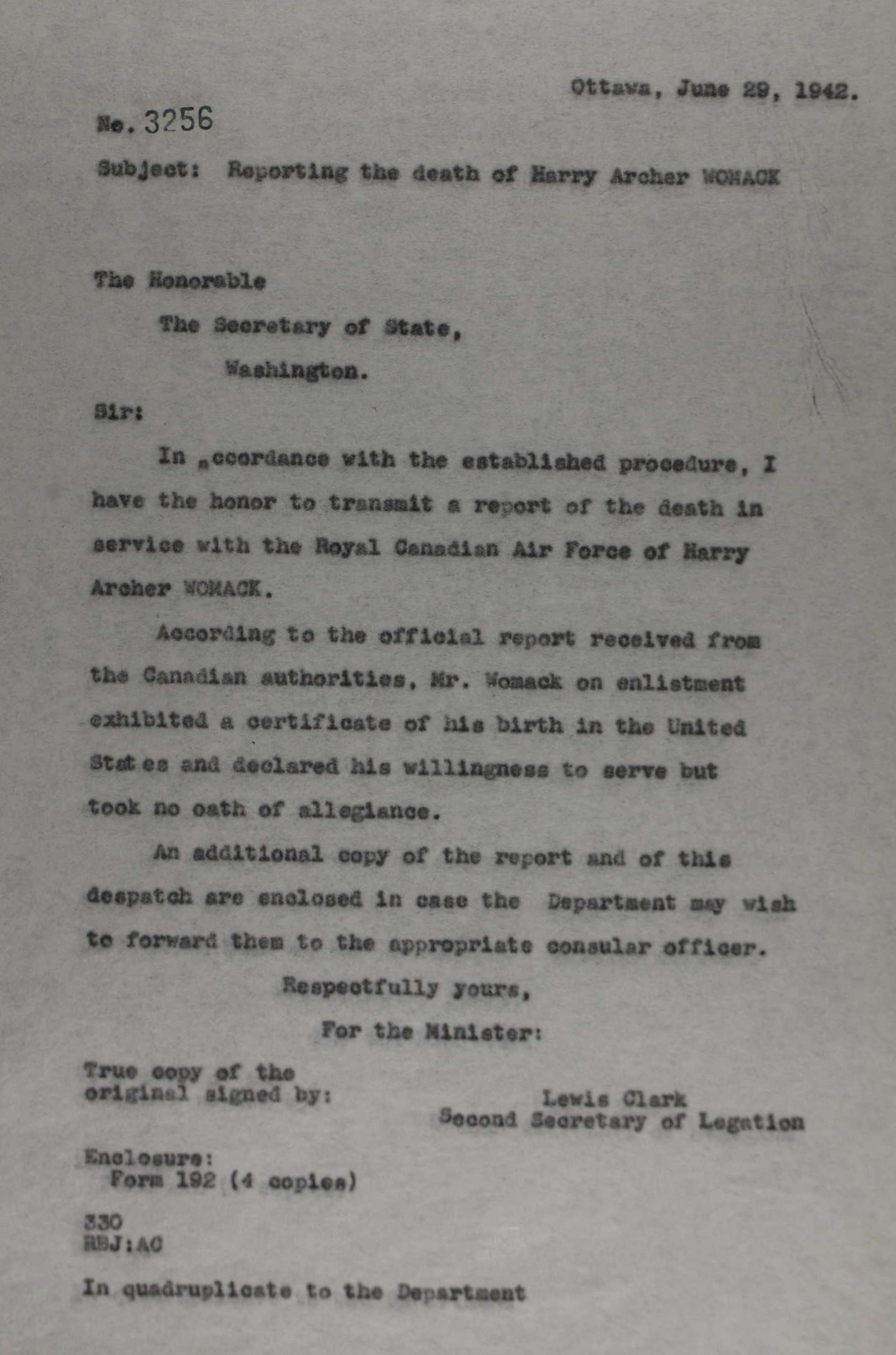 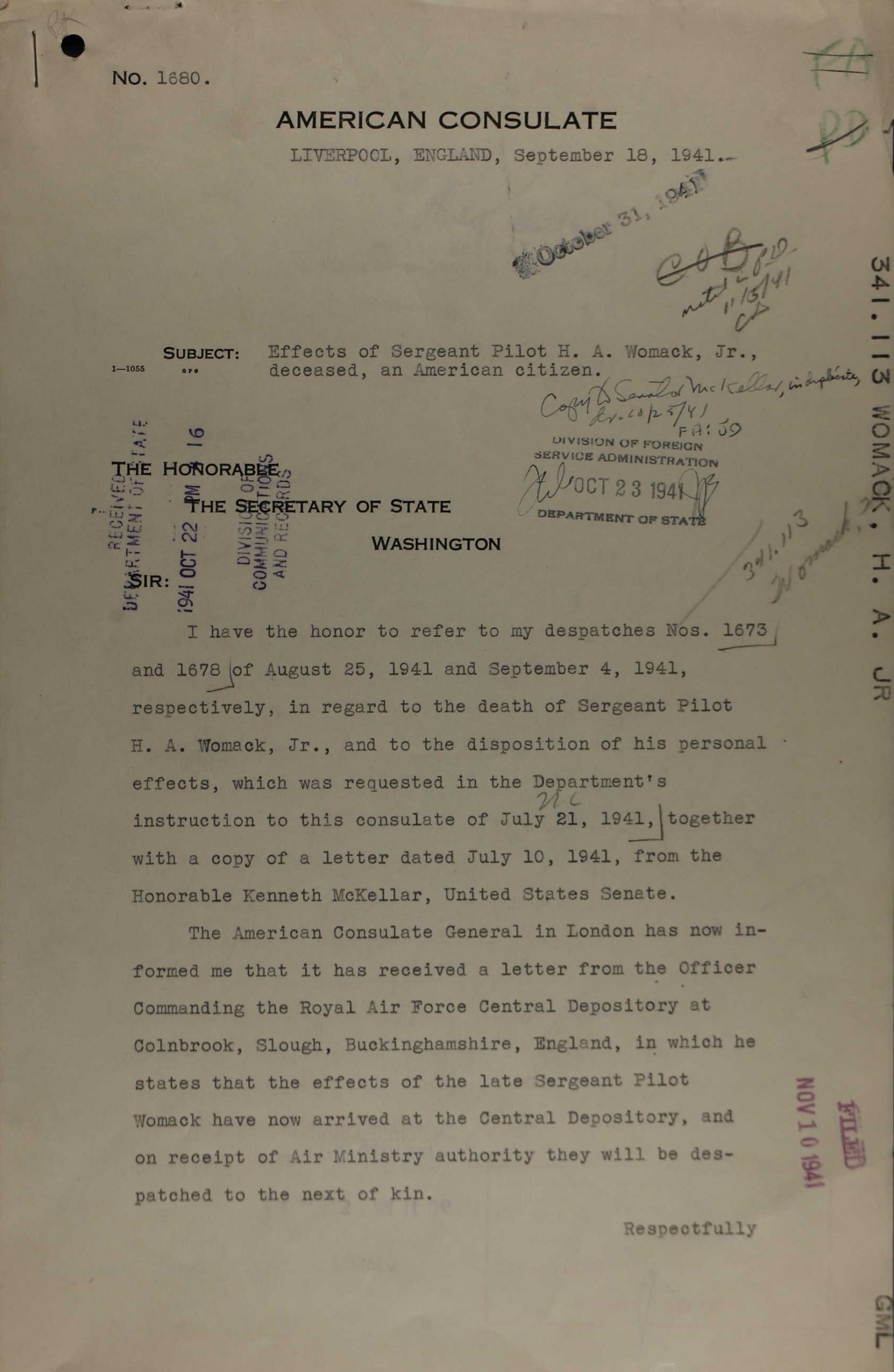 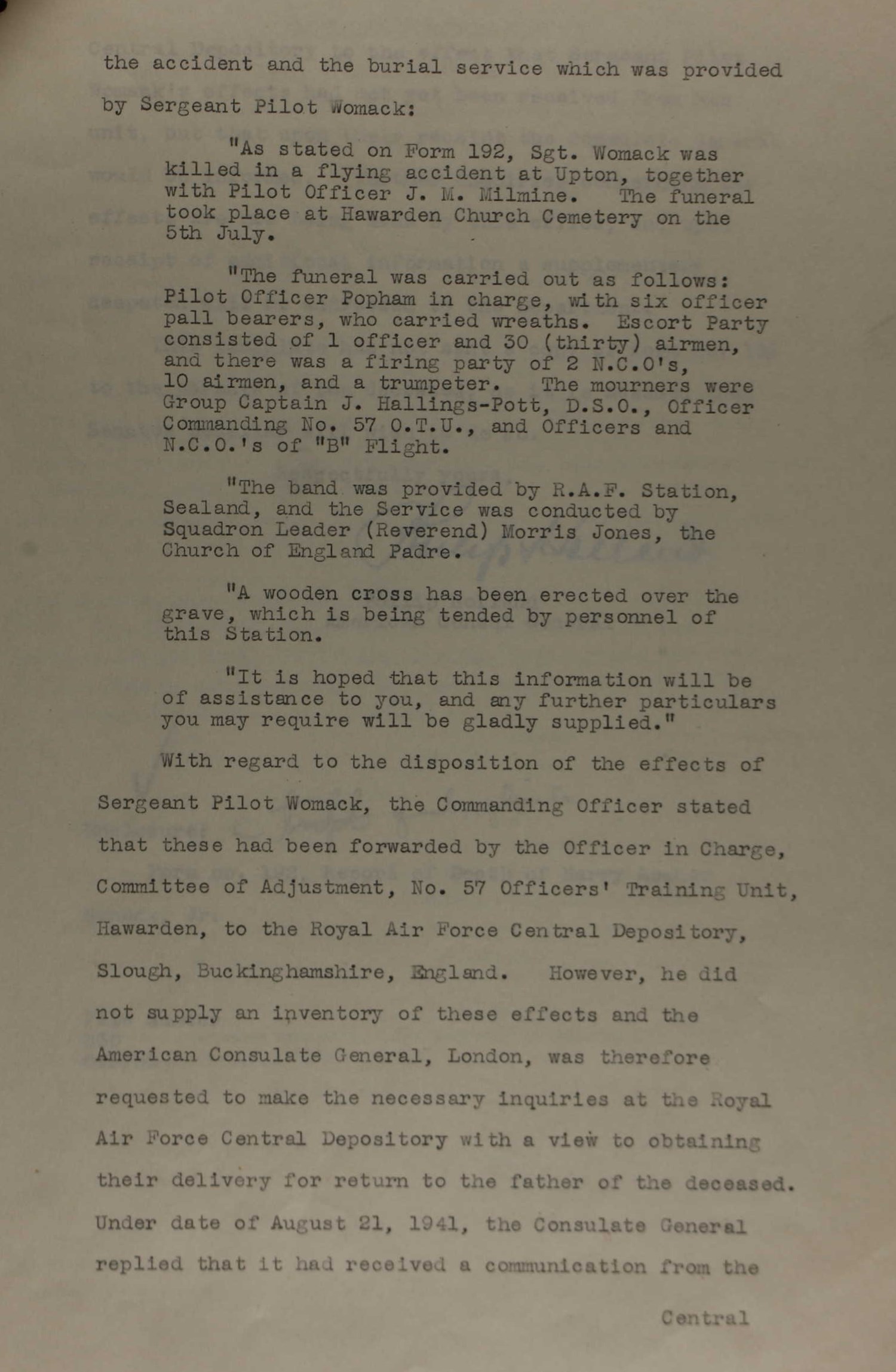 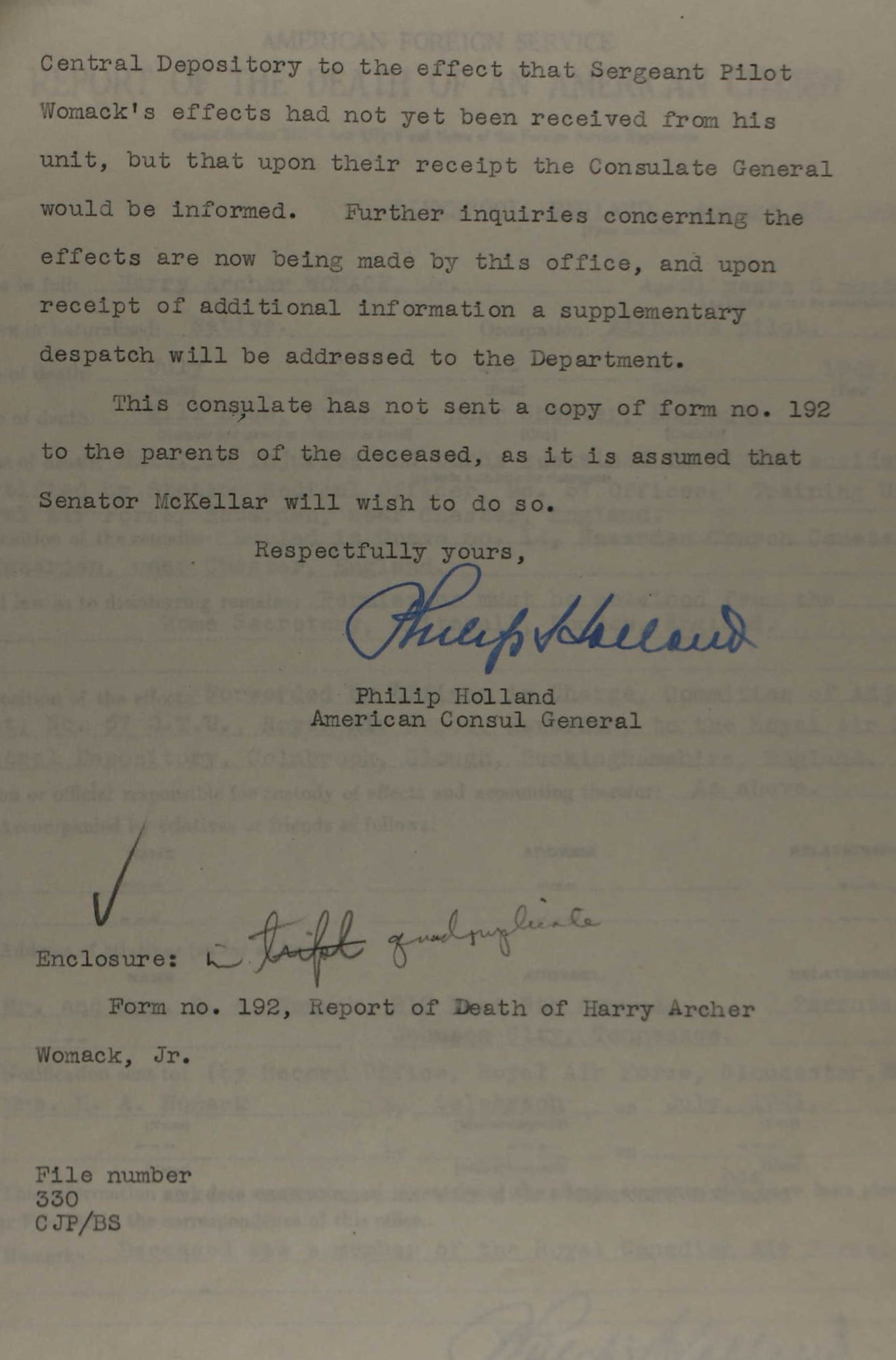