Harrison Hopkins was born on April 12, 1890 in Unicoi County, Tennessee.

Harrison called Johnson City, Washington County, Tennessee home. He was employed with the Johnson City Bottling Works and also spent nine years in the 3rd Infantry Regiment, Tennessee Army National Guard in Johnson City prior to enlisting in the United States Army. Harrison was inducted into service at Fort Thomas, Kentucky on 9 July 1918 as a Private with service number 3237876.

Harrison was assigned to Company F, 46th Infantry Regiment and dispatched to Camp Sheridan, Montgomery, Alabama. He stayed with Company F until 1 October when he was reassigned to the 2nd Company Development Battalion. Soon after he came down with the Spanish Influenza and died of Pneumonia at the Camp Hospital on 27 October 1918. Harrison was 28 years old.

His brother Rex Harrison request that he be returned home and was interred at the Williams Cemetery. This cemetery is located on the Milligan College campus in Elizabethton, Carter County, Tennessee. 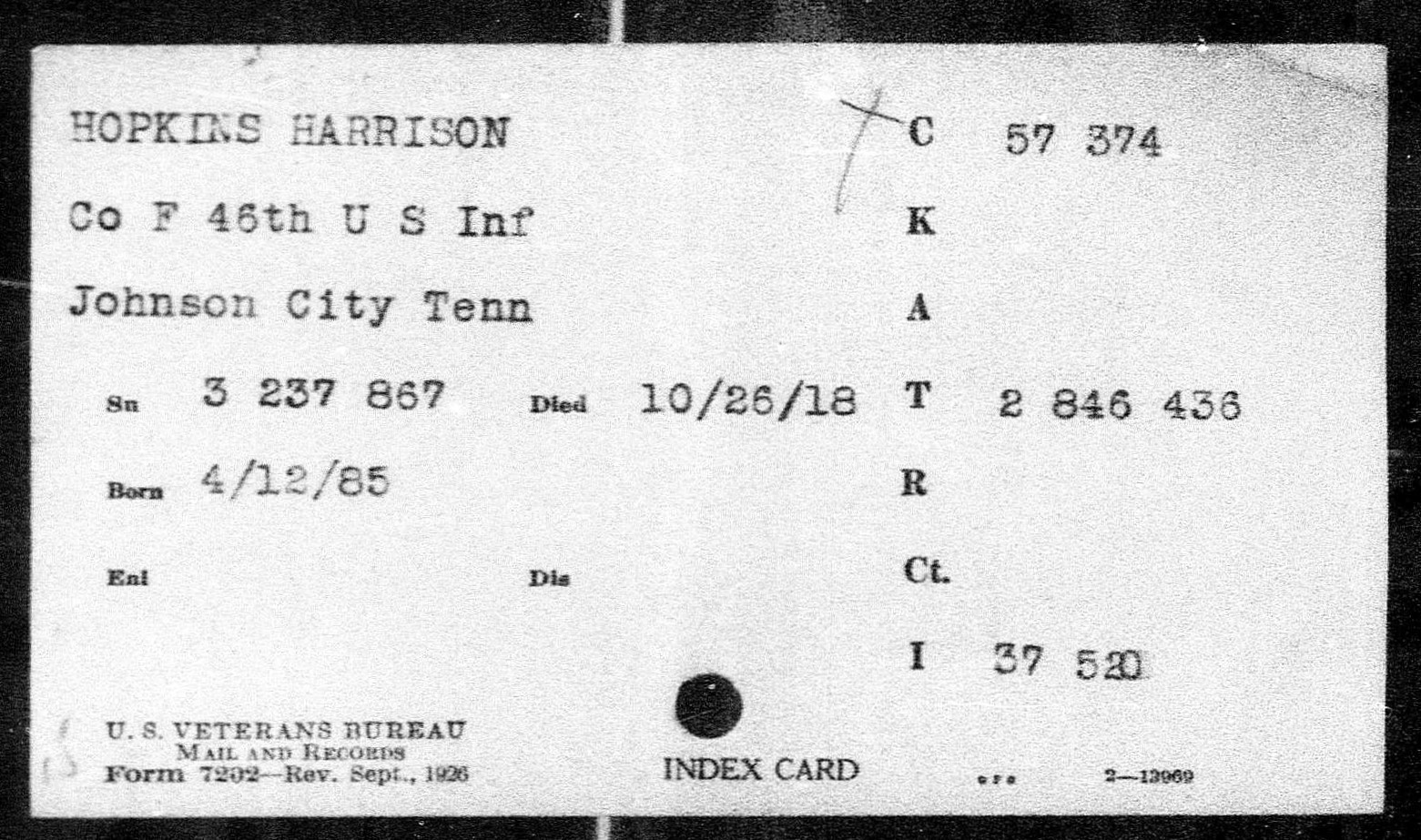 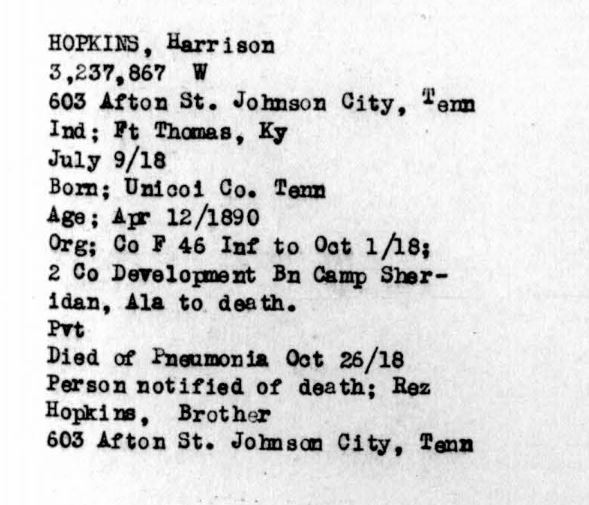