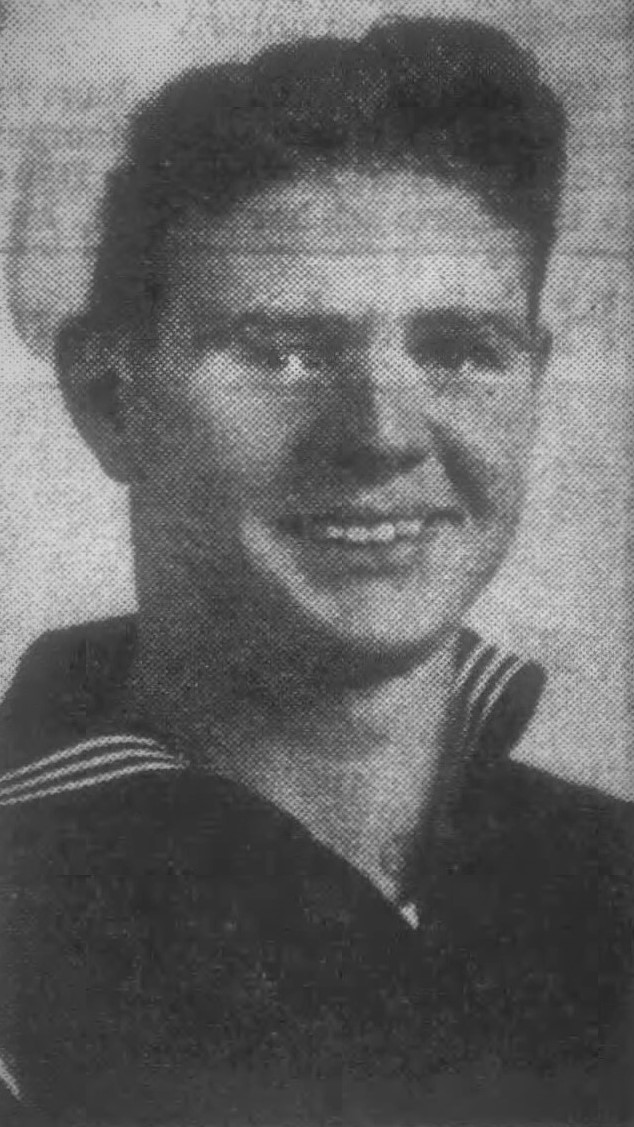 The Chattanooga Times, June 16, 1943
Seaman First Class Harrison Edwin McMillan, son of Mrs. Carrie Ruth Cate, Hixon, Route 2, who was reported “missing in action” by the navy more than a year ago, has been declared deceased by the navy. Secretary of the Navy Frank Knox, in a letter to Mrs. Cate, said he was “reluctantly forced to the conclusion that your son*** is deceased.”
McMillan enlisted in the Navy at the age of 18 after attending Central High School. He enlisted Oct. 16, 1940, and returned to Chattanooga on furlough at Easter, 1941. He is the brother of Eugene and James McMillan of Chattanooga and Sgt. G.W. McMillan and Pvt. Raymond Marshall McMillan, both in the Army.
Secretary Knox’ s letter to Mrs. Cate follows:
My Dear Mrs. Cate,
Asfter a full review of all available information, I am reluntantly forced to the conclusion that your son, Harrison Edwin McMillan, seaman first class, U.S. Navy, is deceased, having been reported “missing in action” on May 7, 1942, being a member of the crew and serving aboard the U.S.S. Sims when that vessel was sunk as a result of enemy action in the Coral Sea. In accordance with Section 5 of Public Law 490, Seventy-seventh Congress, as amended, your son’s death is presumed to have occurred on May 8, 1943, which is the day following the day of expiration of an absence of 12 months. I extend to you my sincere sympathy in your great loss and hope you may find comfort int he knowledge that your son gave his life for his country, upholding the highest traditions of the Navy. The navy shares in your sense of bereavement and will feel the loss of his service.
Sincerely yours,
Frank Knox. 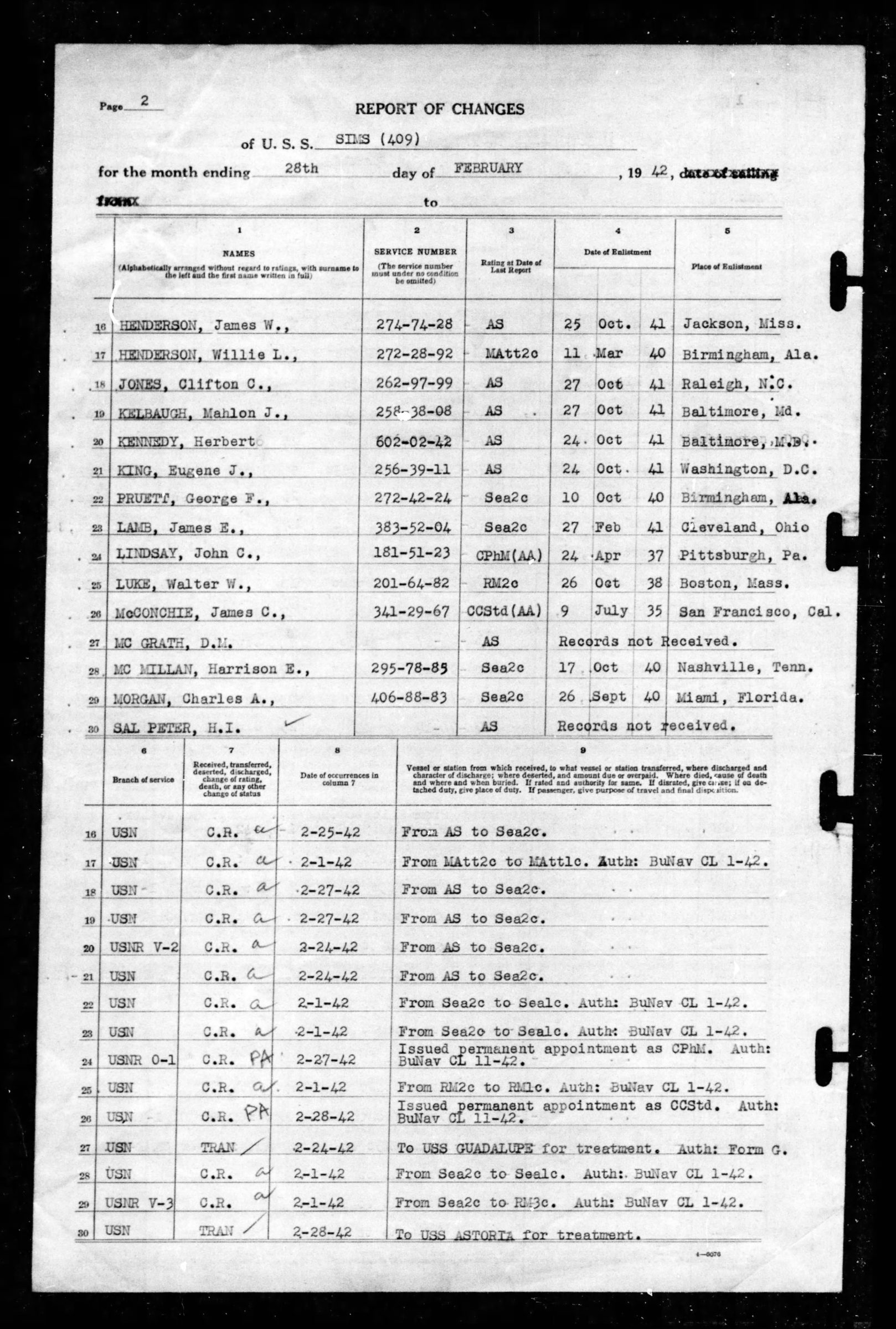 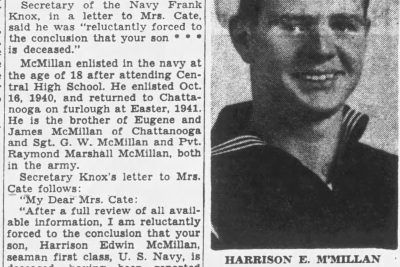