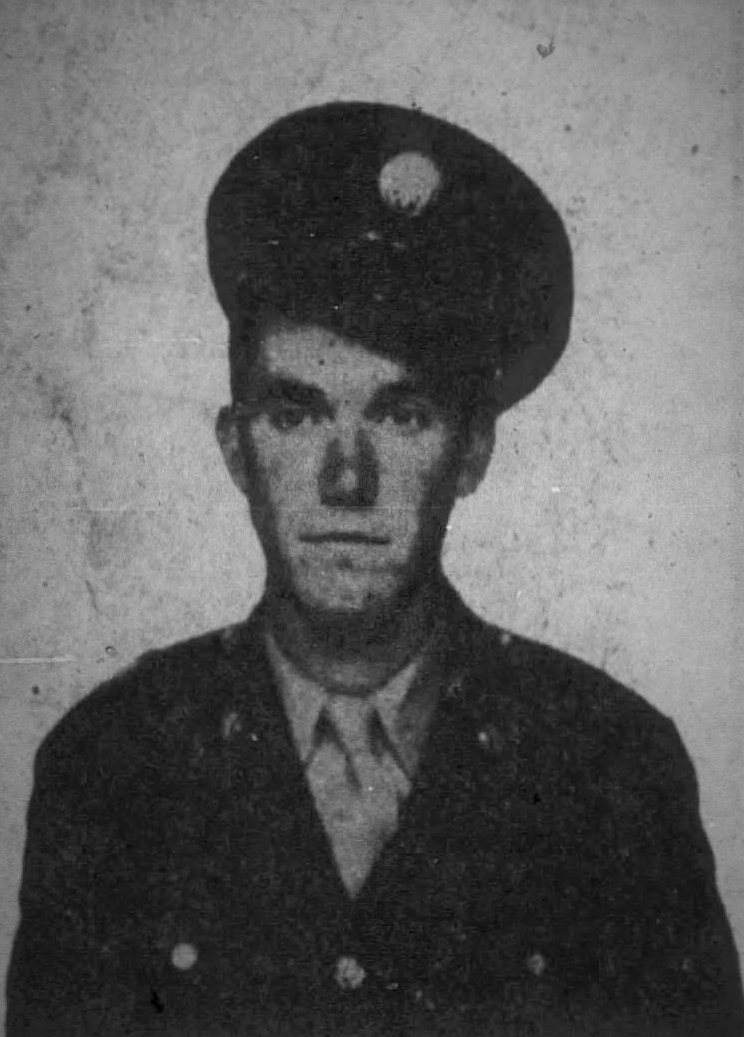 Buried at Fairview Cemetery, Elizabethton, TN. Although this cemetery has been known by a couple different names over the years, it is best known (and what most people refer to today) as the Cochran Cemetery; it is located in Hampton outside of Elizabethton, TN.

The Johnson City Press-Chronicle, September 17, 1944
Funeral services for Pvt. Harrison Carver, 21-year old son of Mr. and Mrs. John Carver of Hampton, route 1, who died Monday in the Burns Hospital, Santa Fe, New Mexico, will be held at the Wodoby Hill Church. Burial will be in Fairview Cemetery. The soldier, who had been in service more than a year, became ill in England and was flown to the States in August for treatment.
Survivors are his parents and three brothers, Conley of the U.S. Army, serving in France, and Jack and Omer Carver of Limestone Cove; five aunts, Mrs. Hulda Berry, Mrs. Nola Trent of Austin Springs, Mrs. Mary Townsend of Hampton and Mrs. Julie Chambers and Mrs. Lowene Ellis of Limestone Cove. 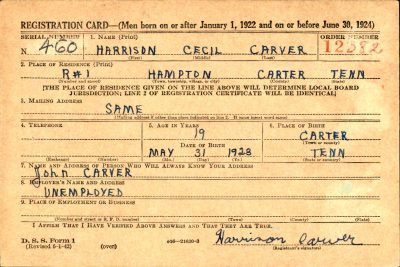 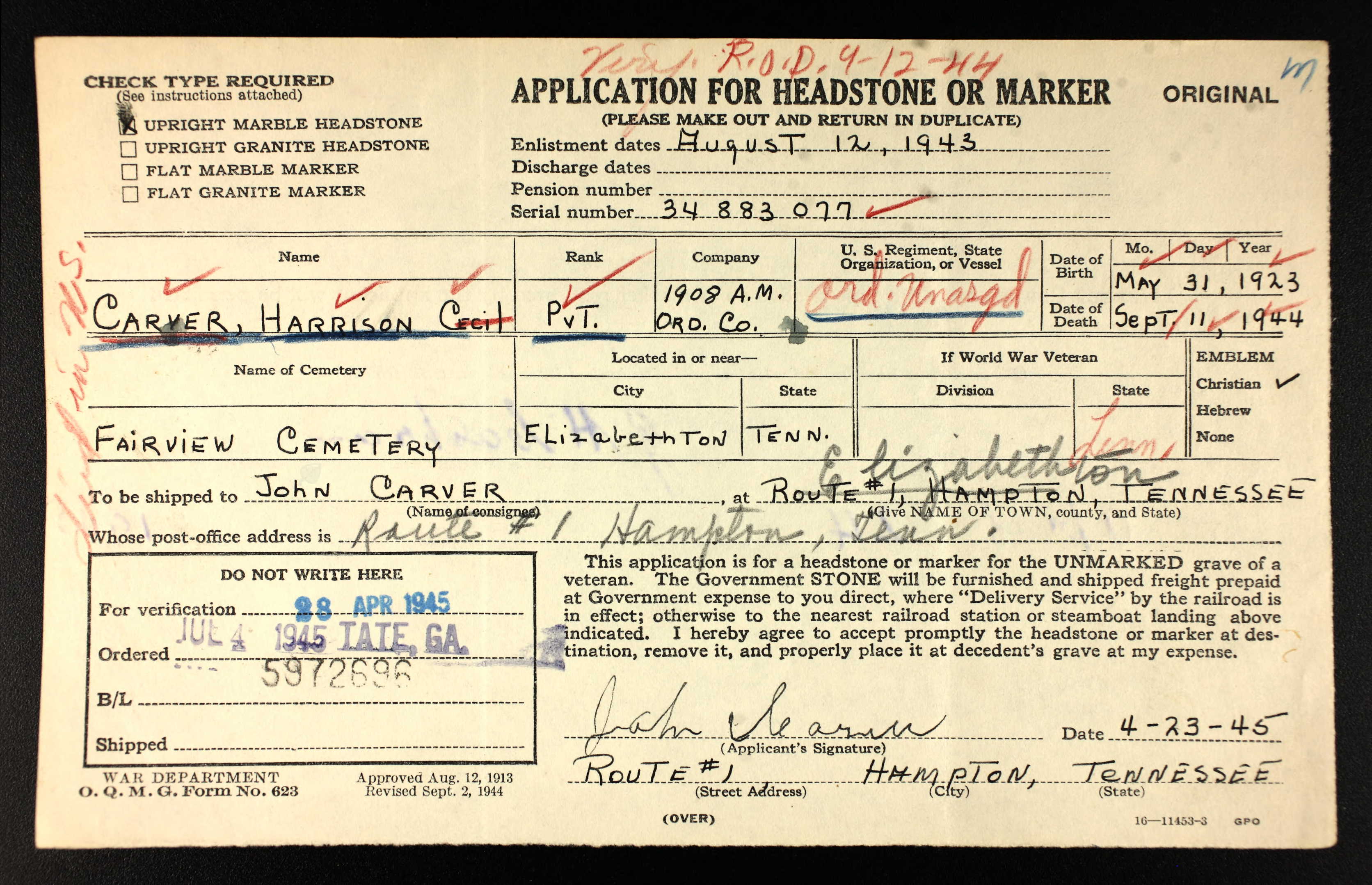 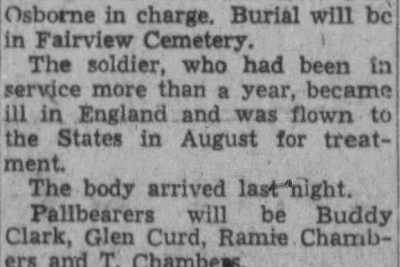 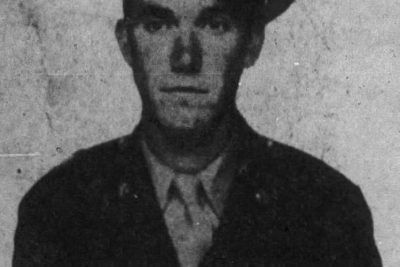