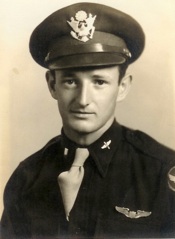 Born in Wisconsin
Attended Knoxville High School
Enlisted in the Army Air Corps on August 12, 1942, in Camp Forrest, TN
Served in the European Theater in England with the 331st, B Squadron, 94th Group, Crew 83. Shot down over Brunswick, Germany February 10, 1944 and was killed.
Buried in the Heska Amuna Cemetery (New Jewish Cemetery) on Glenn Street at Keith Avenue.

Aircraft B-17 with serial number 42-31080 was on a bombing mission to Brunswick, Germany. Their target was an airfield outside of Brunswick. They had a running fight with German aircraft, to the target, dropped their bombs and soon after the no. 4 engine was shot out of the wing and no. 3 engine was burning. The plane was hit and went into a dive and exploded in the air. 2 crew members were able to bail out, 2 others were blown out of the plane by the explosion and the other 5 were trapped in the plane and were either killed in the explosion or went down with the ship.

2nd Lt Tucker was initially buried at the cemetery at Lauingen near Kosnigslutter on February 11, 1944. 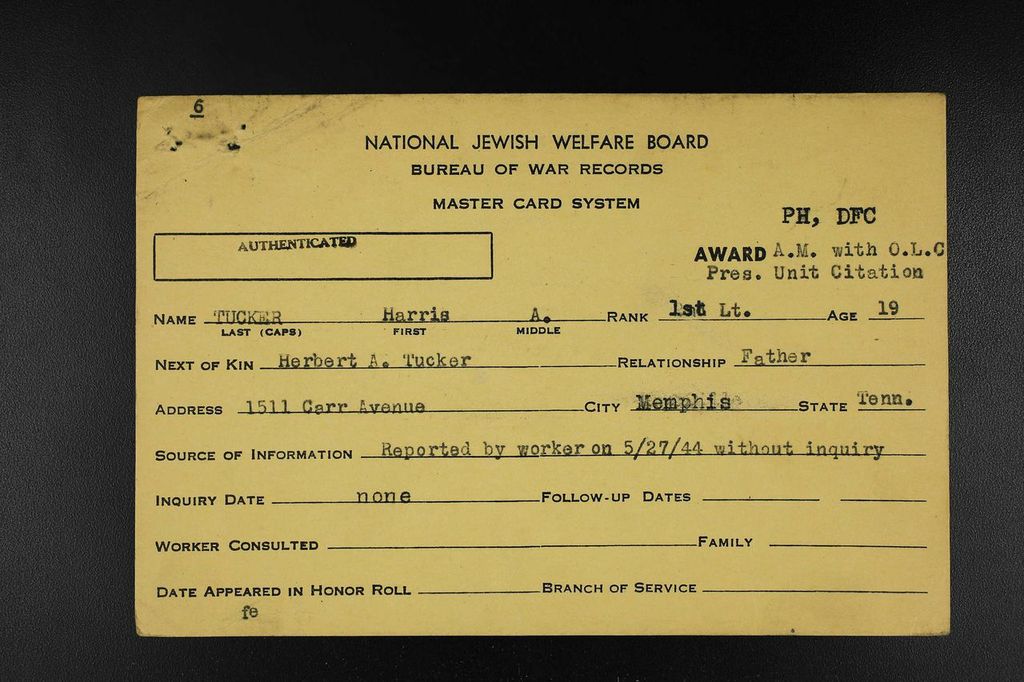 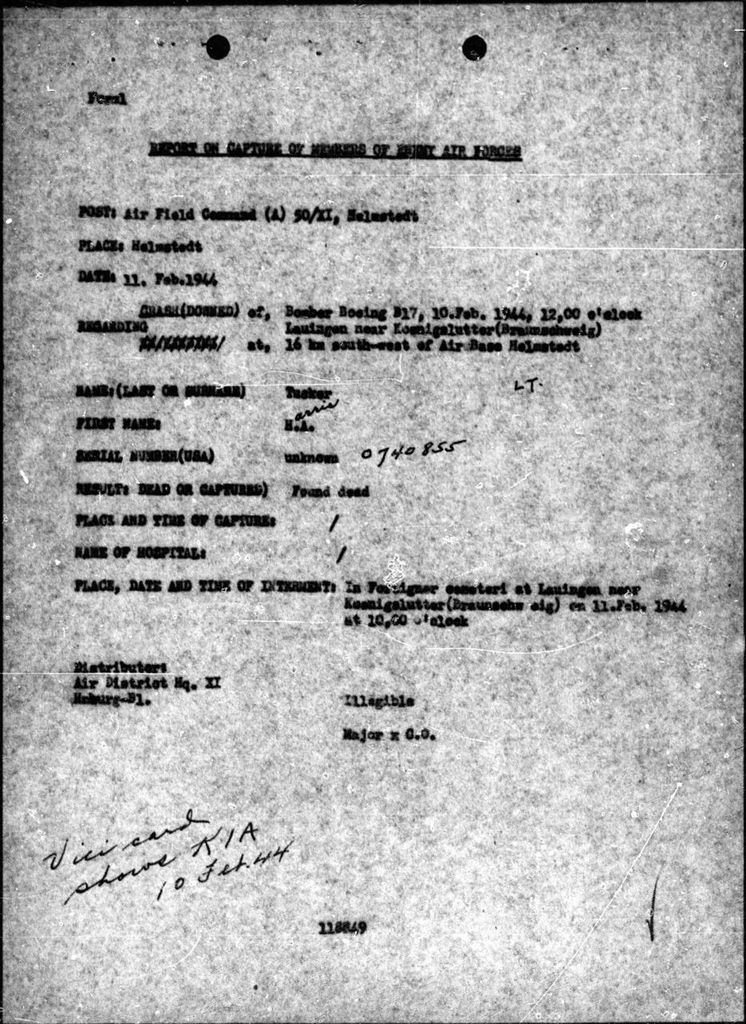