After midnight on 13 November, a Japanese formation of two battleships, a light cruiser, and eleven destroyers steamed past Savo Island, heading toward Guadalcanal. At 0124, these warships appeared on American radar and the two forces closed rapidly. Poor radar coordination, however, left the American warships vainly trying to pin down the location of the Japanese warships. The leading destroyers of both forces sighted each other briefly in the darkness and at 0145 USS Juneau received the order to stand by to open fire. A few minutes later, just after a Japanese searchlight flicked on, the lead American destroyers opened fire at the Japanese warships at a mere 1,600 yards. The Japanese replied in kind and the two formations quickly mingled together, firing into each other at point-blank range in the glare-lit darkness.

Just a few minutes into the battle, Juneau was hit by a Japanese torpedo on the port side near the forward fire room. The shock wave from the explosion buckled the deck, shattered the fire control computers, and knocked out power. The cruiser limped away from the battle, down by the bow and struggling to maintain 18 knots. She rejoined the surviving American warships at dawn on 13 November and zig-zagged to the southeast in company with two other cruisers and three destroyers.

About an hour before noon, the task force crossed paths with Japanese submarine I-26. At 1101, the submarine fired a three torpedoes at San Francisco. hit that cruiser, but one passed beyond and struck Juneau on the port side very near the previous hit. The ensuing magazine explosion blew the light cruiser in half, killing most of the crew. A message from USS Helena to a nearby B-17 search plane reported that Juneau was lost at latitude 10 degrees South and longitude 161 degrees East and that survivors were in the water. The sinking location was subsequently modified to 10 degrees South and 161 degrees East.

Owing to the risk of another submarine attack and because the sections of Juneau sank in only a few minutes, the American task force did not stay to check for survivors. However, approximately 115 of the Juneau crew survived the explosion. But, as the Helena message unfortunately did not reach Noumea and there remained uncertainty about the number of Japanese ships in the area, rescue efforts did not begin for several days. Exposure, exhaustion, and shark attacks whittled down the survivors and only ten men were rescued from the water eight days after the sinking. 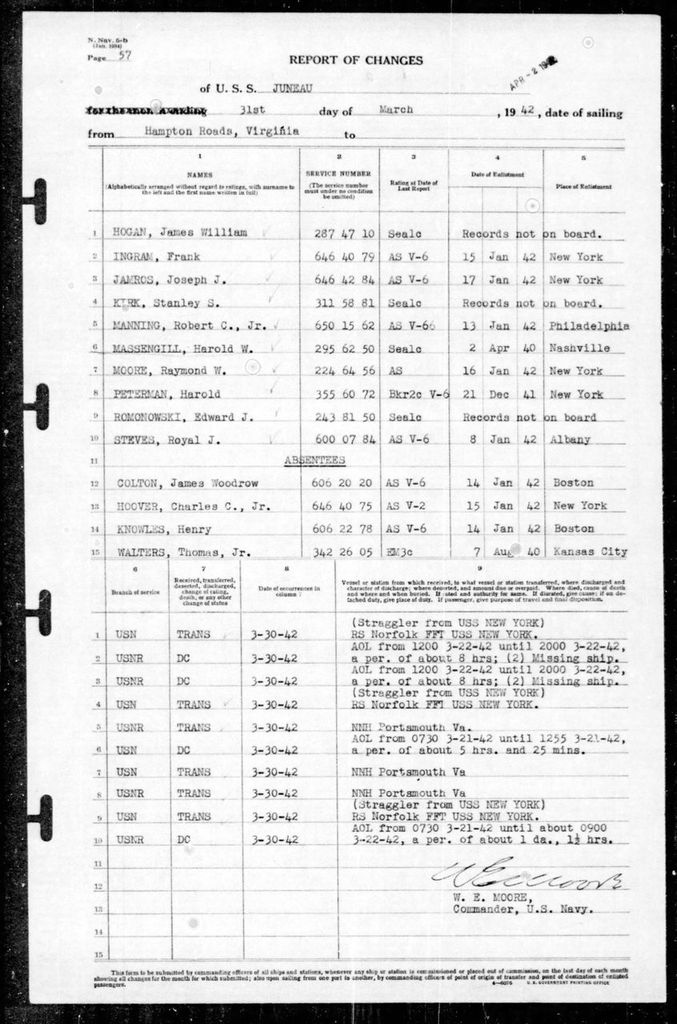 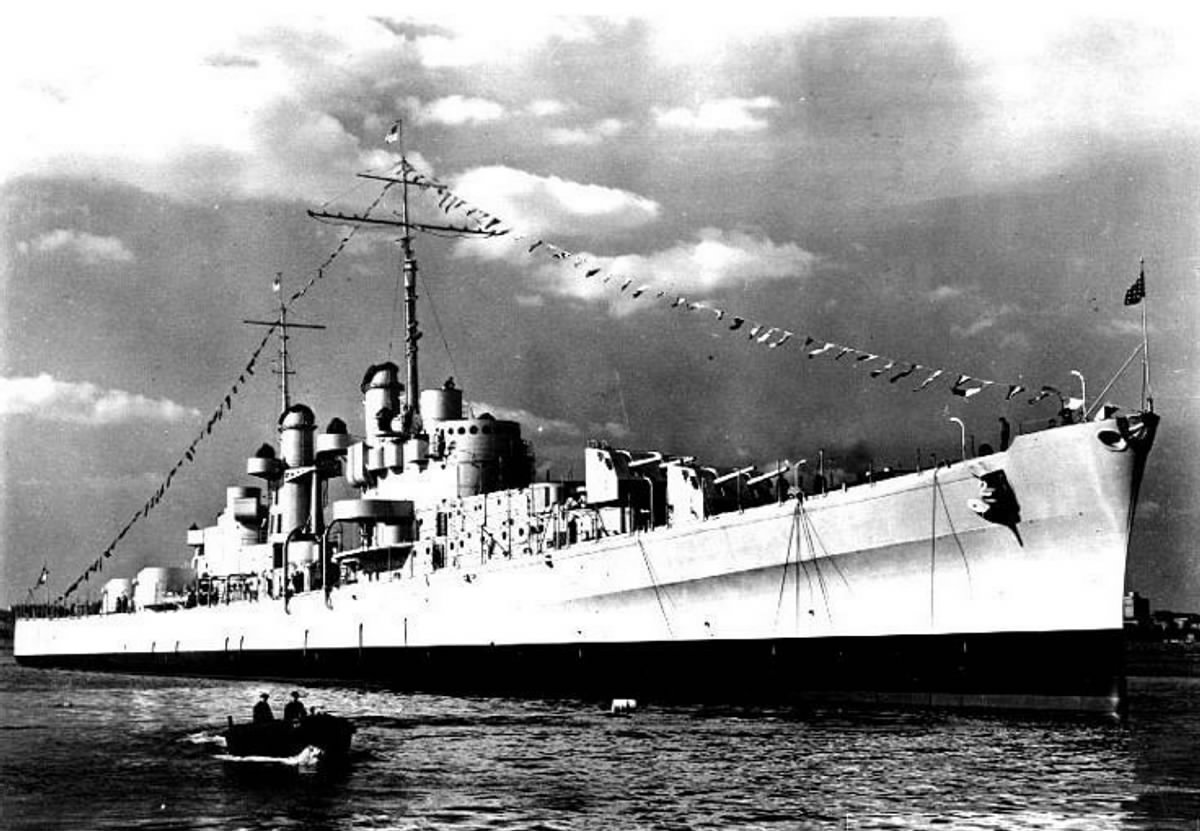