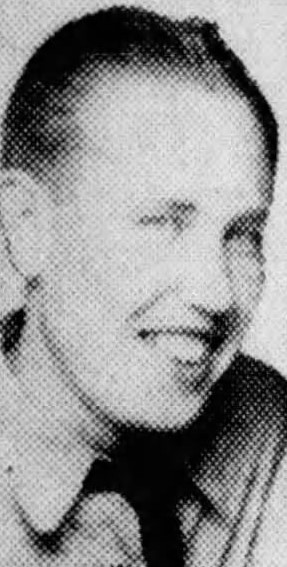 Harold Lloyd Rose was born about 1925
Served aboard the USS Sims
Rose died in the Battle of the Coral Sea when a Japanese dive-bomber attacked and sank the destroyer U.S.S. Sims on May 7, 1942. Only 15 of the 252 men aboard the USS Sims died.
Memorialized at Manila American Cemetery in Fort Bonifacio, Manila, Philippines

The Knoxville News-Sentinel, June 13, 1942
It was learned today that Knox County, with several sons on the carrier, was represented on the destroyer, Sims, the only other fighting ship reported sunk in the Coral Sea action. He is Seaman Harold L. Rose, 17, son of Mr. and Mrs. Charles Rose of 113 West Front Street. They last heard from him on April 22, two weeks before the big engagement.
Seaman Harold Rose, of the sunken destroyer’s company, volunteered “Just after Pearl harbor because he wanted to follow after his brother and wanted to help his country,” the mother said today. In his last letter, of April 22, young Rose reported he “was feeling fine and have gained to 69 1-2 pounds.” He added that all he could say about the whereabouts was that he was almost 3000 miles from homeland. The other son, Petty Officer Luther H. Rose, who is only 19, enlisted 22 monts ago and is stationed at an East Coast naval air base.
Harold Rose attended Park Junior High and is a mebmer of First Presbyterian Church. It is understood that he was an anti-aircraft machine gunner on the Sims. Most of the destroyer’s personnel was also taken off safely, according to the official report. “I’m just hoping that no news is good news,” said Mrs. Rose today. “I know it’s the Government’s policy to notify the families of casualties before publicly announcing losses. 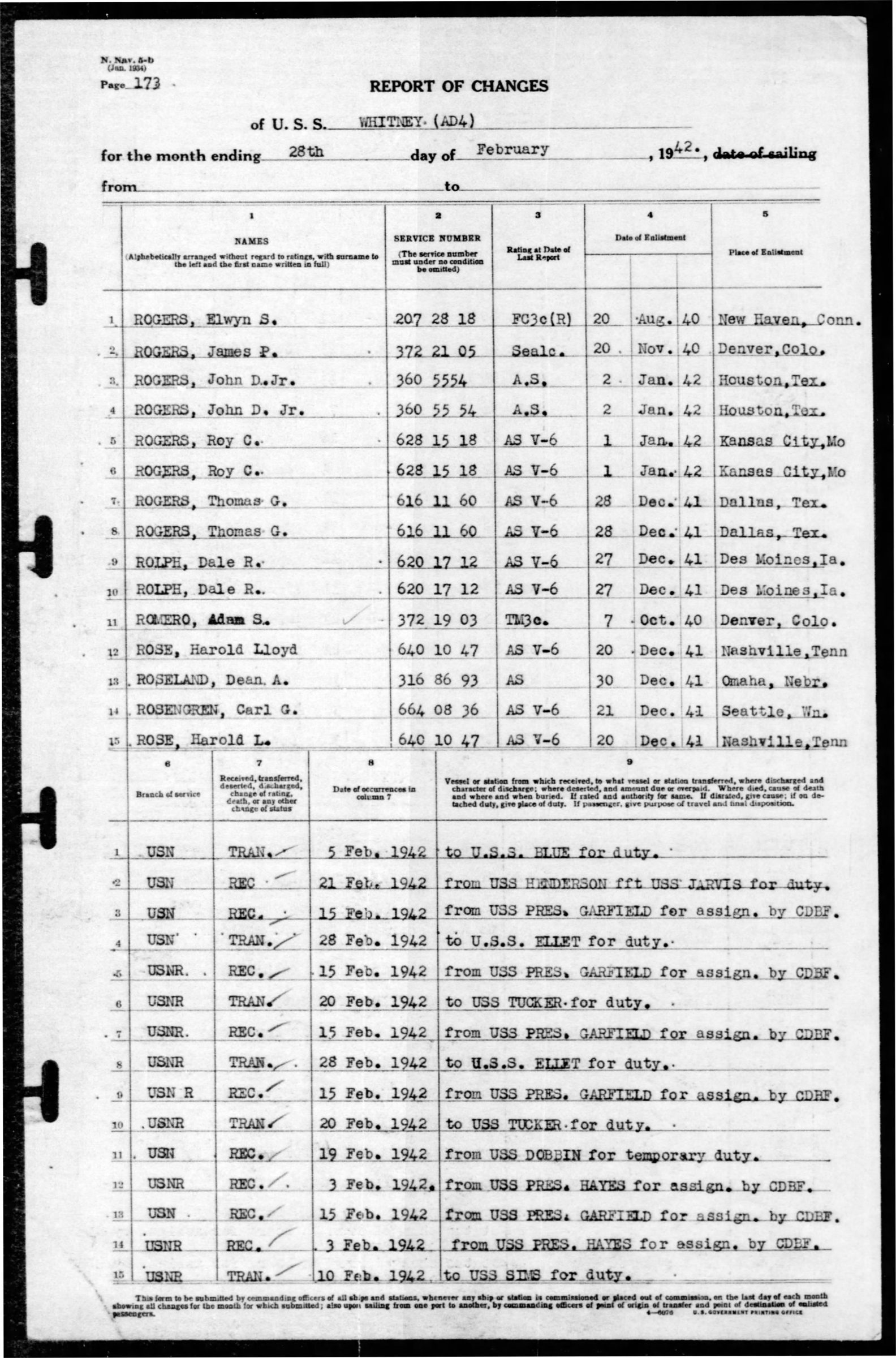 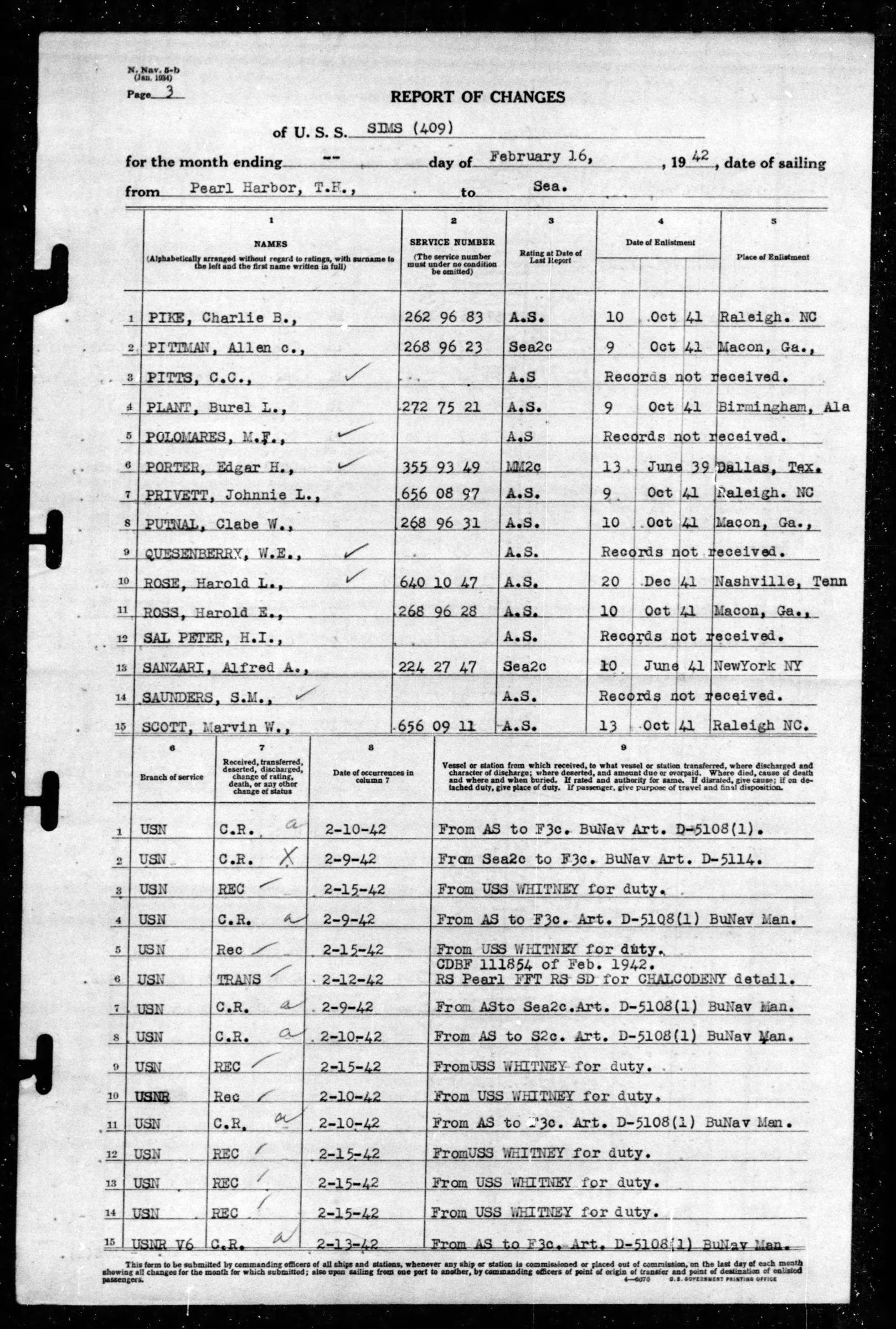 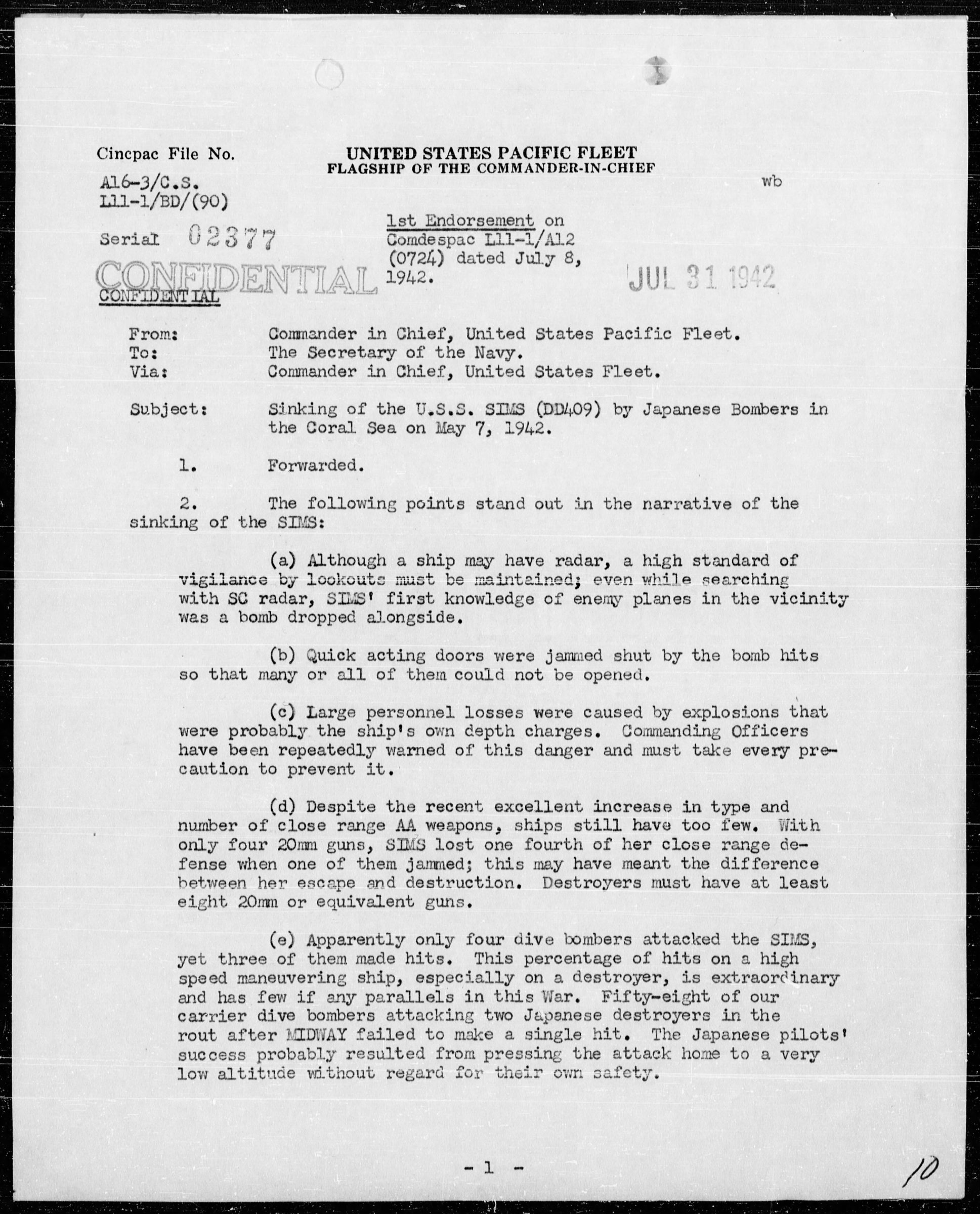 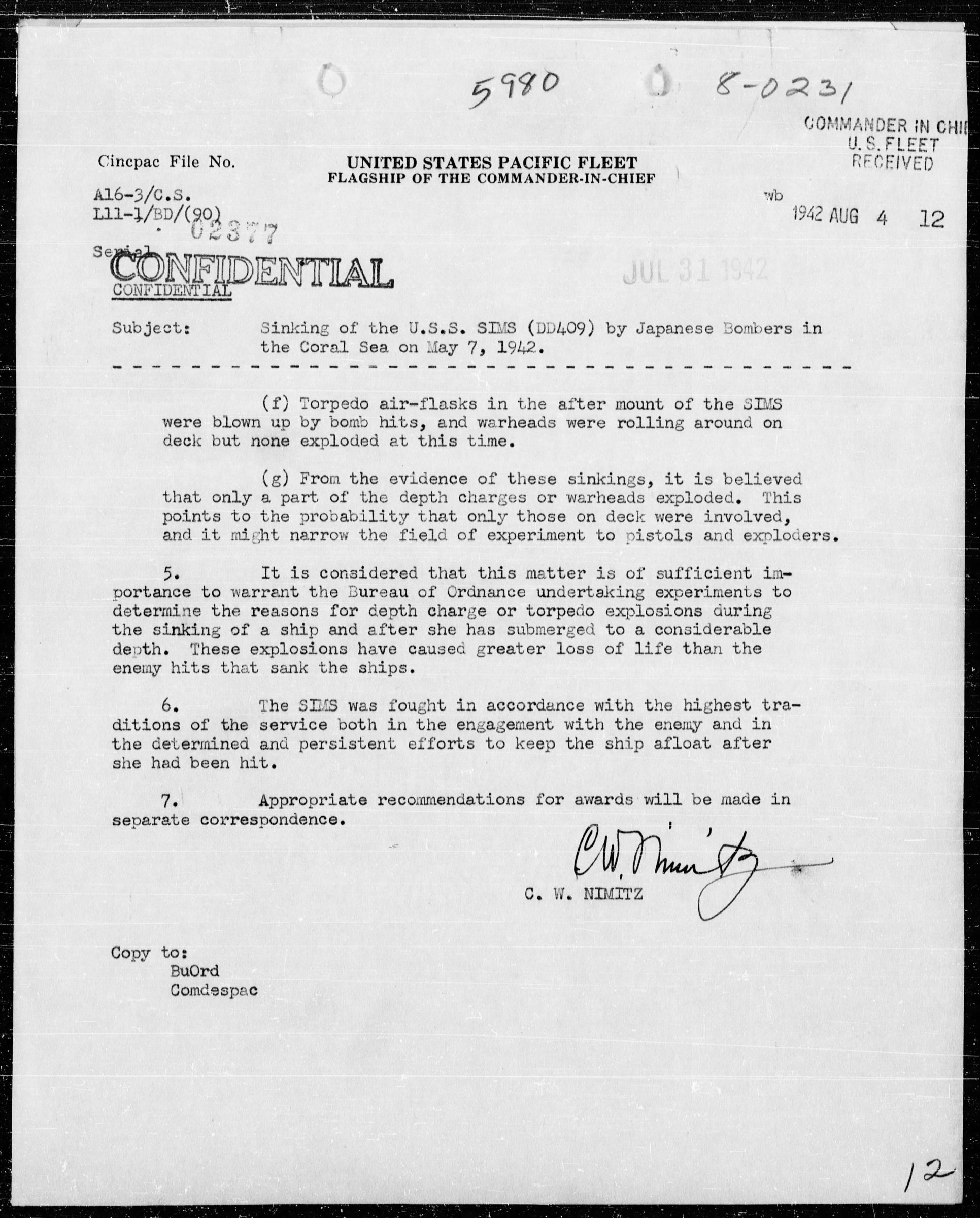 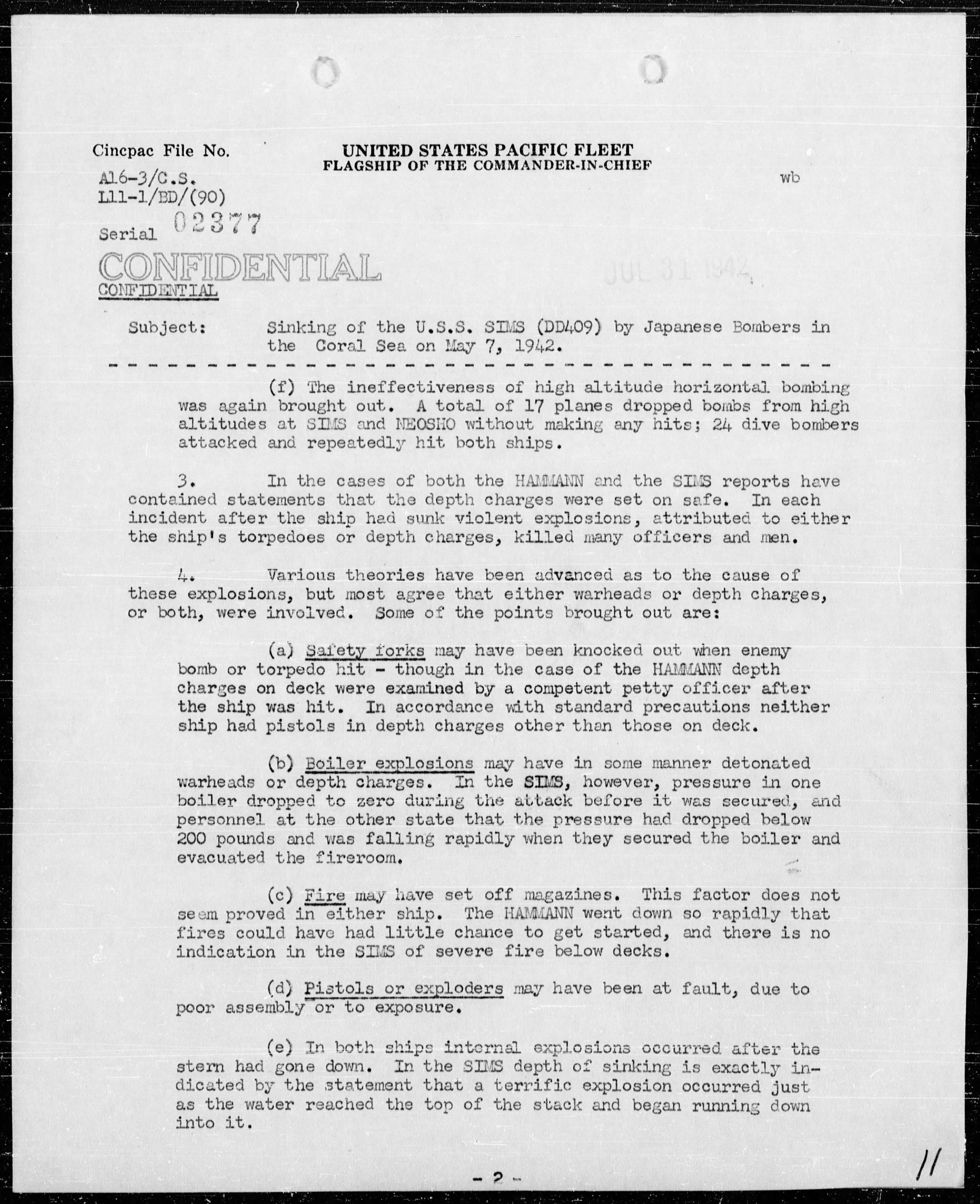 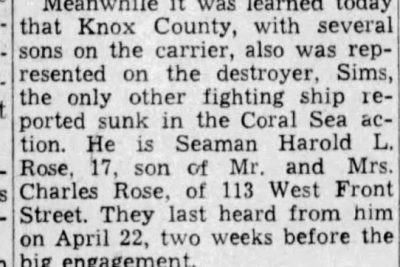 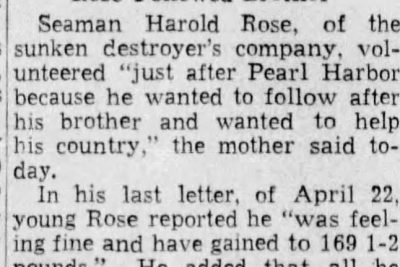