Harold Wolfe died after a plane crash in Blount County, Tennessee. He was the son of William Fred Wolfe and Maud Collins and husband of Mary James Wolfe.

The Kingsport Times, 30 July 1943
Two die when plane crashes in Knoxville
Knoxville – A training plane crashed soon after taking off from the Municipal Airport Wednesday, killing a University of Tennessee Air Corps cadet and his civilian instructor.
Officials identified the dead as: Cadet Jack Burns, 21, Talladega, Ala.  Instructor Harold Wolfe, 32, of Morristown, Tenn.
Persons at the scene of the crash, less than a mile from the airport near Alcoa, said the plane burned soon after crashing from a low altitude.
An Army investigating board inspected the plane, but withheld details. The two-seated plane was under supervision of Wolfe, an employe of the Wood Flying Service.
The body of Burns will be sent to Talladega by the Army, the time of which is uncertain. It was the first accident of its kind since Air Corps trainees have been at the University and nearby Maryville College.
Wolfe, whose father, Fred Wolfe, is City Judge at Morristown, was a star track man at Tennessee in 1931-34. His wife, parents, three sisters and a brother, Woodie Wolfe of Chicago, survive him. 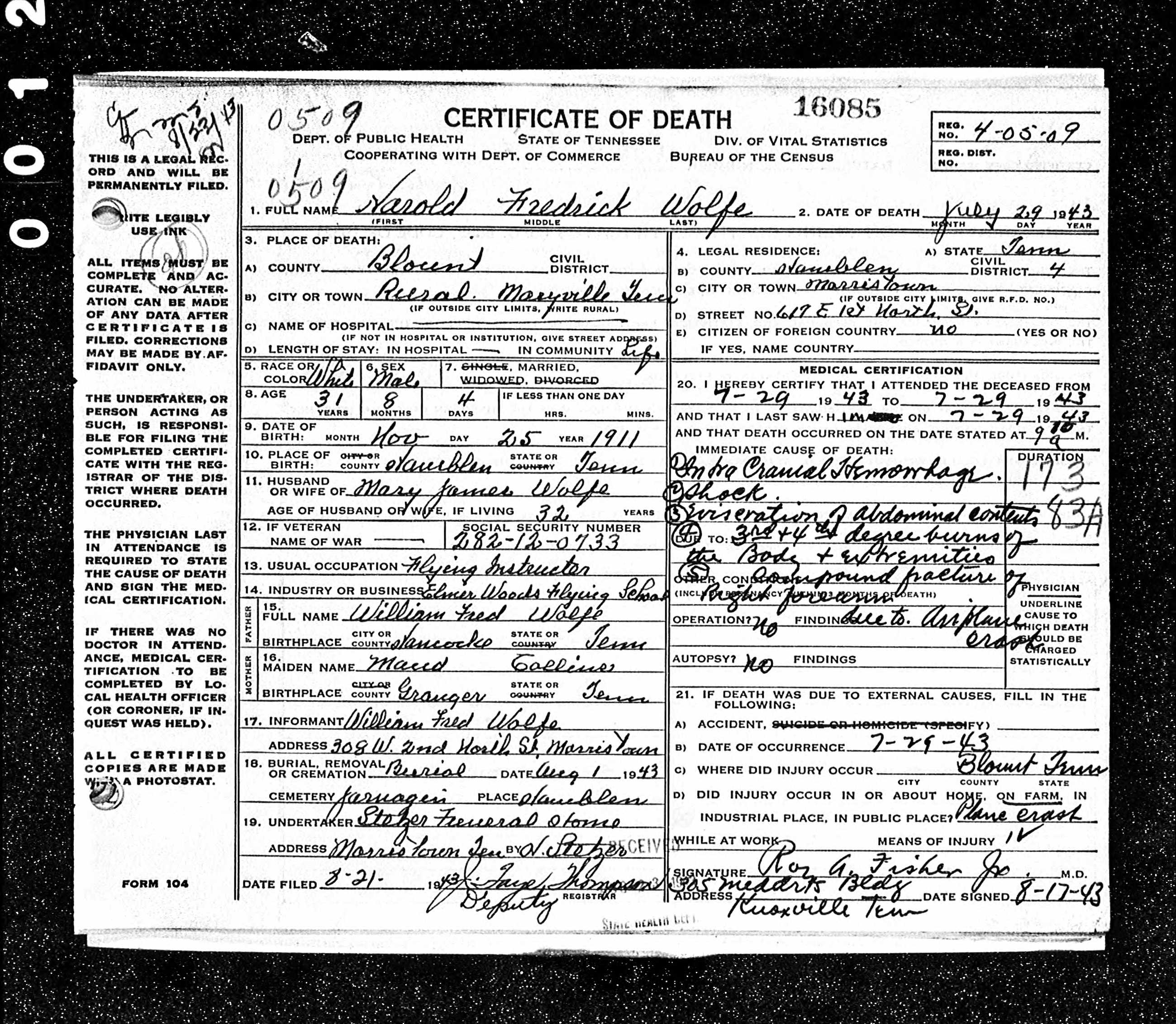