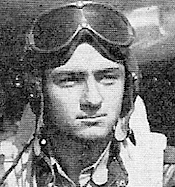 Harold Spicer was the pilot of aircraft P-47D-21RE with serial number 43-25515, nickname Ann K. He was on an area support mission to Arnhem, the Netherlands. He crashed 15 miles North East of Arnhem, Denekamp area, in the Netherlands.

The Luftwaffe fighters were totally surprised by the attack and fought for survival. 1st Lt Cameron Hart, leader Red Flight, with 2nd Lt Harold Spicer as his wingman selected a FW-190 and engaged the German fighter. 2nd Lt Harold Spicer also engaged a FW-190 and was last seen chasing it northeast but was never heard from again and was later declared killed in action.

Eyewitness statement of 1st Lt Richard B. Anderson.
At approximately 1515 hours, from 3500 feet, we sighted 15 to 20 FW’s , 15 miles NE of Arnhem. I was flying Daily Red Three and followed Daily Red Leader on the initial bounce. Lt Spicer followed the leader also and I bounced another FW 190. After turning, I saw Daily Red Leader on the dock after his FW 190 and Lt Spicer was not with him at that time. I last saw Lt Spicer on the initial bounce when he followed the leader down from our altitude which was 3,500 feet.

The Cleveland Herald, December 1, 1944
The following which was delayed by censorship regulations was written before Lt. Harold E. Spicer was reported missing over Holland on September 21.
An eight Air force Fighter Station, England – Second Lt. Harold E. Spicer, of Cleveland, Tenn., is a fighter pilot flying with the P-47 Thunderbolt Group commanded by Lt.-Col. David C Schilling, of Traverse City, Mich., which destroyed seventy-nine German planes in one day – a record for American fighters in the European Theatre of Operations. Ten were destroyed in the air and sixty-nine on the ground. With Col. Schilling leading, the planes dove down in flight of four and silenced flak positions on four airdromes before turning their .50 caliber guns on the parked planes. Huge fires were left burning, and at one drome a hangar and another building were set on fire. The pilots made repeated passes over the fields to strafe the aircraft, many of which were heavily camouflaged. The ten Huns destroyed in the air were knocked down while attempting to break up the attack. The seventy-nine “kills”boosted this fighter group’s total number of planes destroyed to 683-538 in the air and 145 on the ground. Lt. Spicer is a son of Mr. and Mrs. thomas J. Spicer of Cleveland, Tenn. 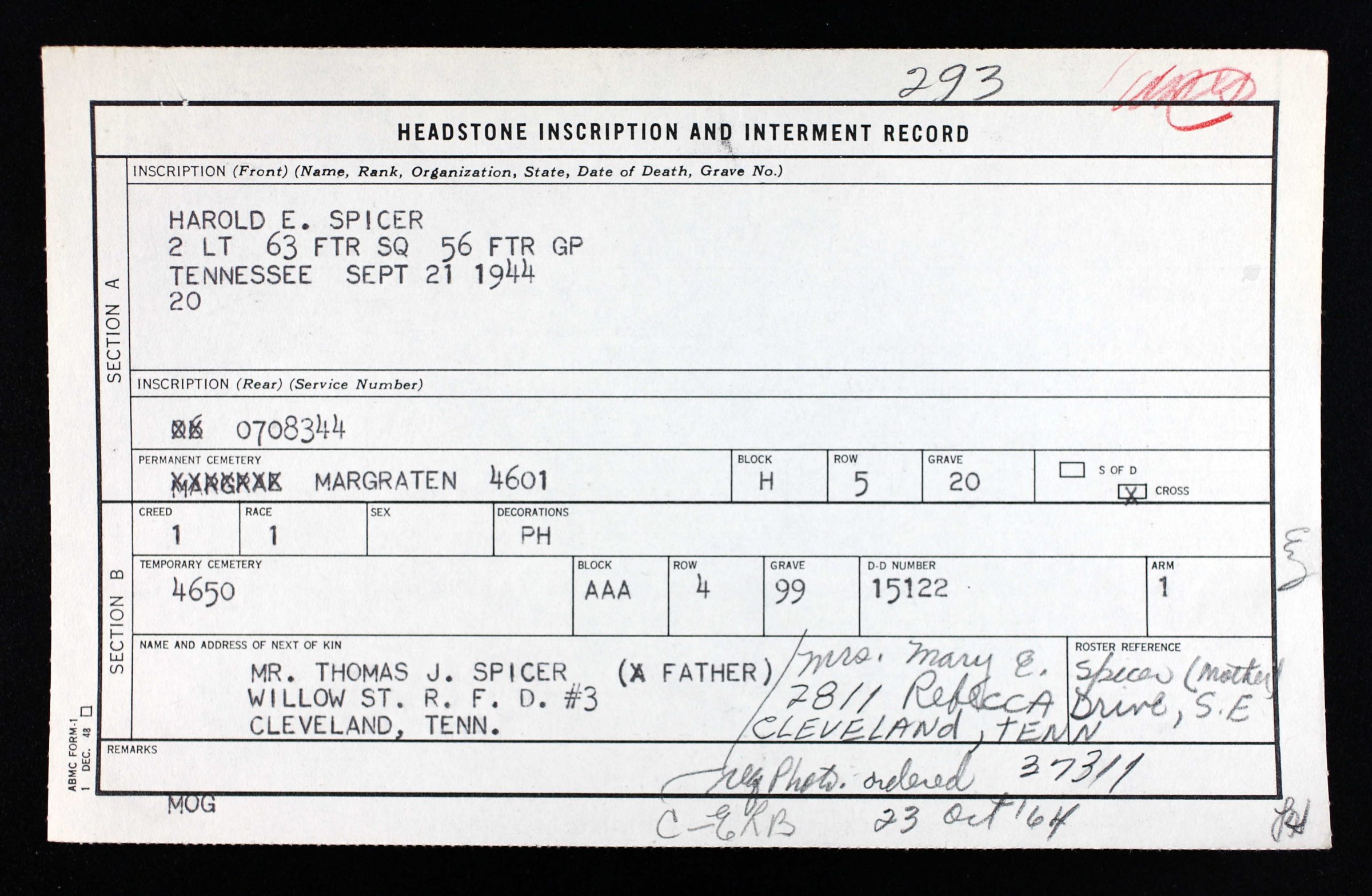 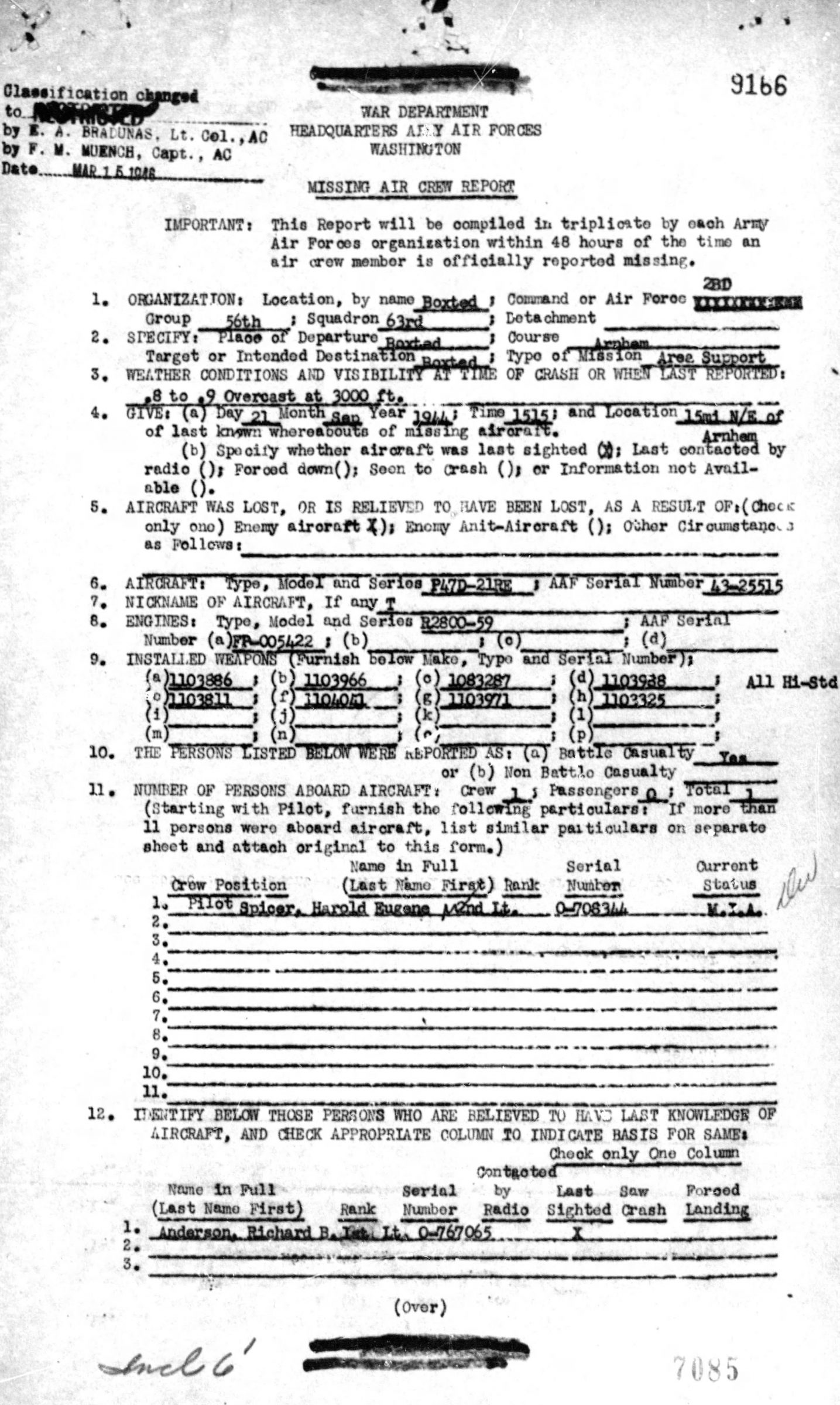 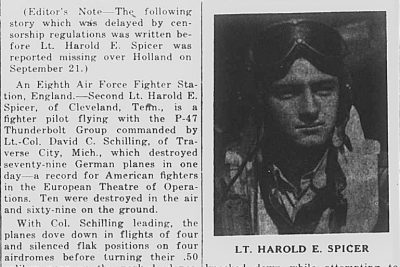 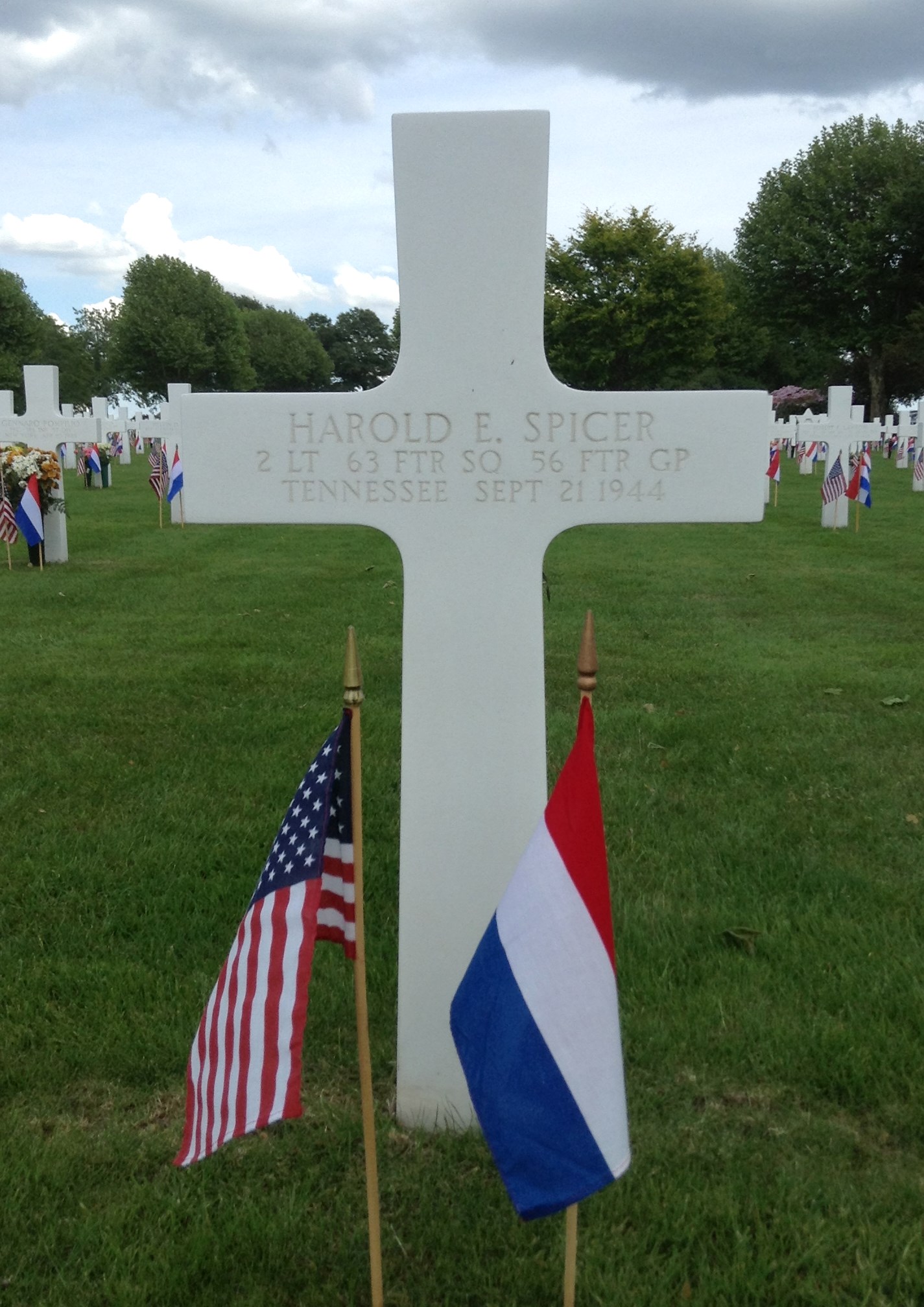