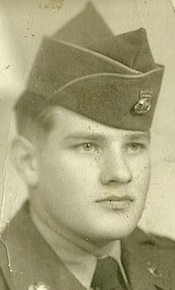 Harold David McMillon was born in Bledsoe County on August 17, 1930, to Milton W. and Lavada McMillon. His brothers Virgil, Church, Carl, James, Francis Eugene and sisters, Alice, Dorothy, Edith, Louise, Willie Grace, and Elizabeth McMillon moved from rural Rhea county to Bledsoe county in the late 1930s. Harold enlisted in the United States Army on December 13, 1948, and served with his unit until he was killed in action. Private First Class McMillon was returned to Pikeville for burial at the Pikeville Cemetery. 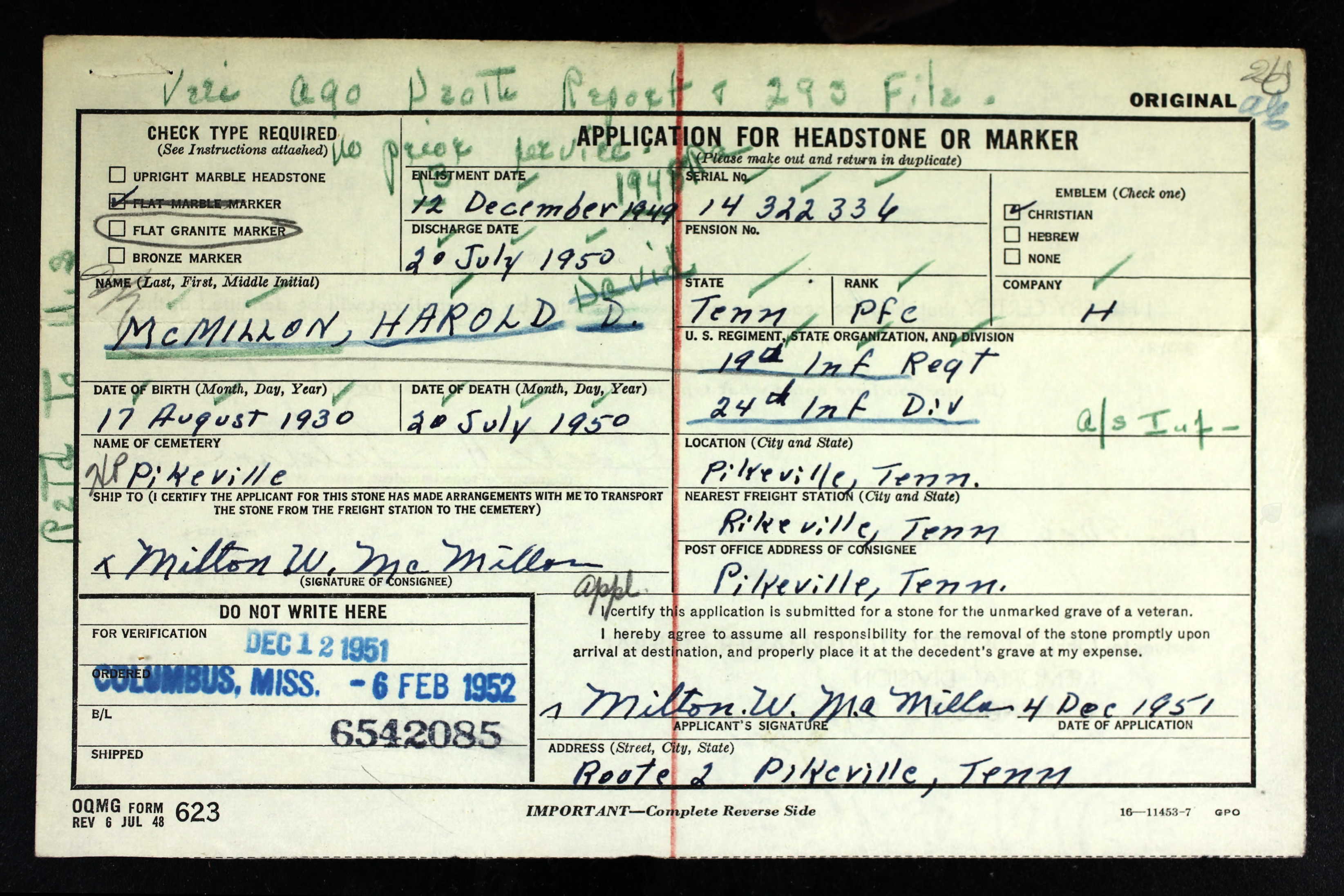