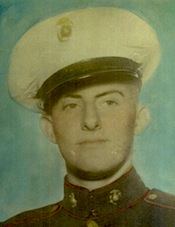 The Knoxville Journal, March 18, 1945
Marine Pvt. Harold D. Burch, 19-year-old son of Mr. and Mrs. Lee Burch of Route 10, Maryville, was killed in action on Iwo Jima, Feb. 23, the War Department has informed relatives. A former Wildwood High School student, Burch had been in the Marine Corps approximately a year at the time of his death. Immediately preceding his entrance into the service, Burch was employed by a local woolen mill. It was during this period and for some time before that Burch had resided at the home of his brother-in-law and sister, Deputy and Mrs. Ed Wyrick, 504 Augusta Avenue.
Daniel Burch, 23-year-old brother of the Marine, is in a Paris, France, hospital recovering from a wound received on the Italian front in November, 1944. Other survivors include the youth’s parents, a brother, Charles who is home, Mrs. Wyrick, a sister and also Miss Lorene Barbee, 2817 East Magnolia Avenue, fiancee of the Marine. 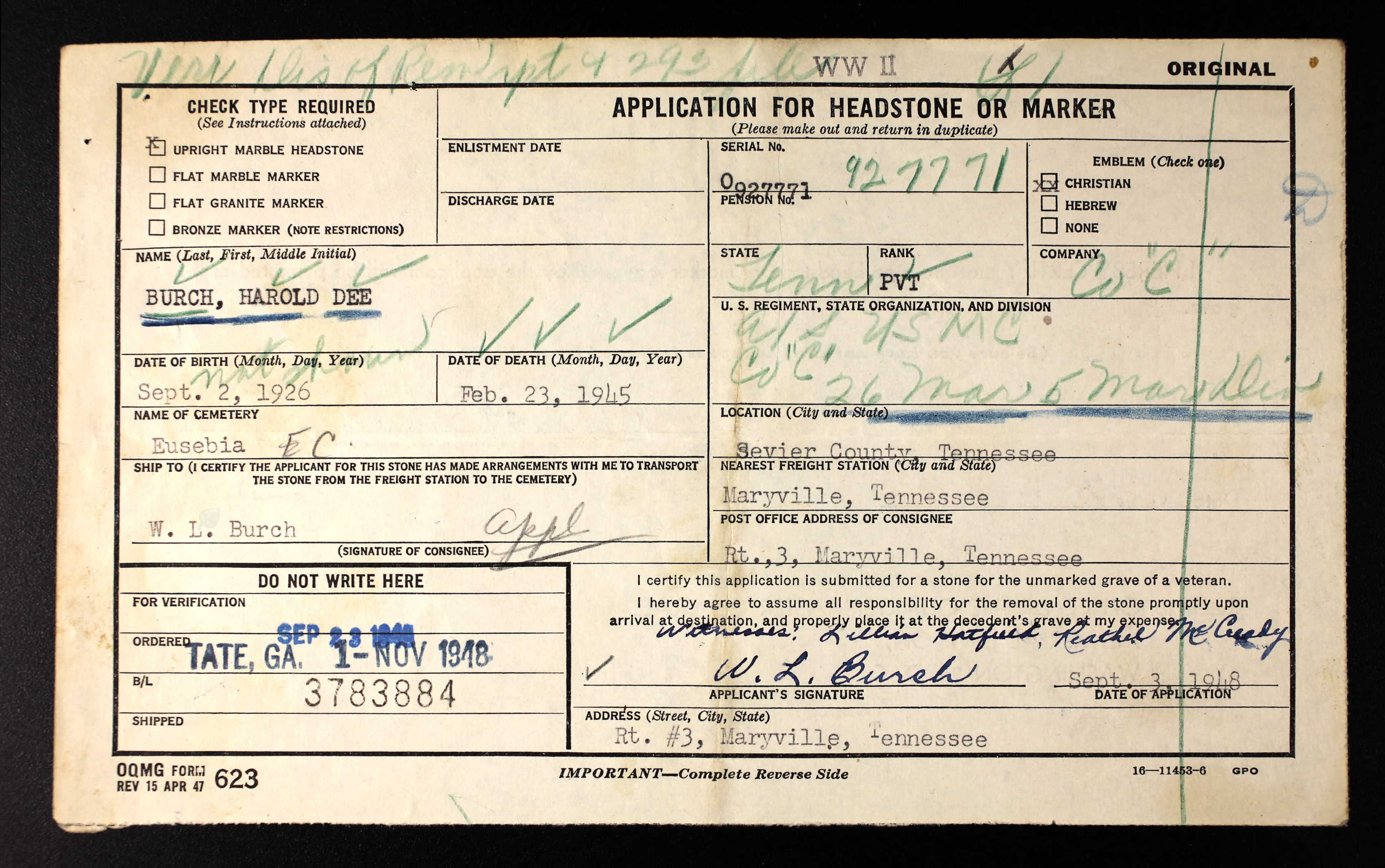 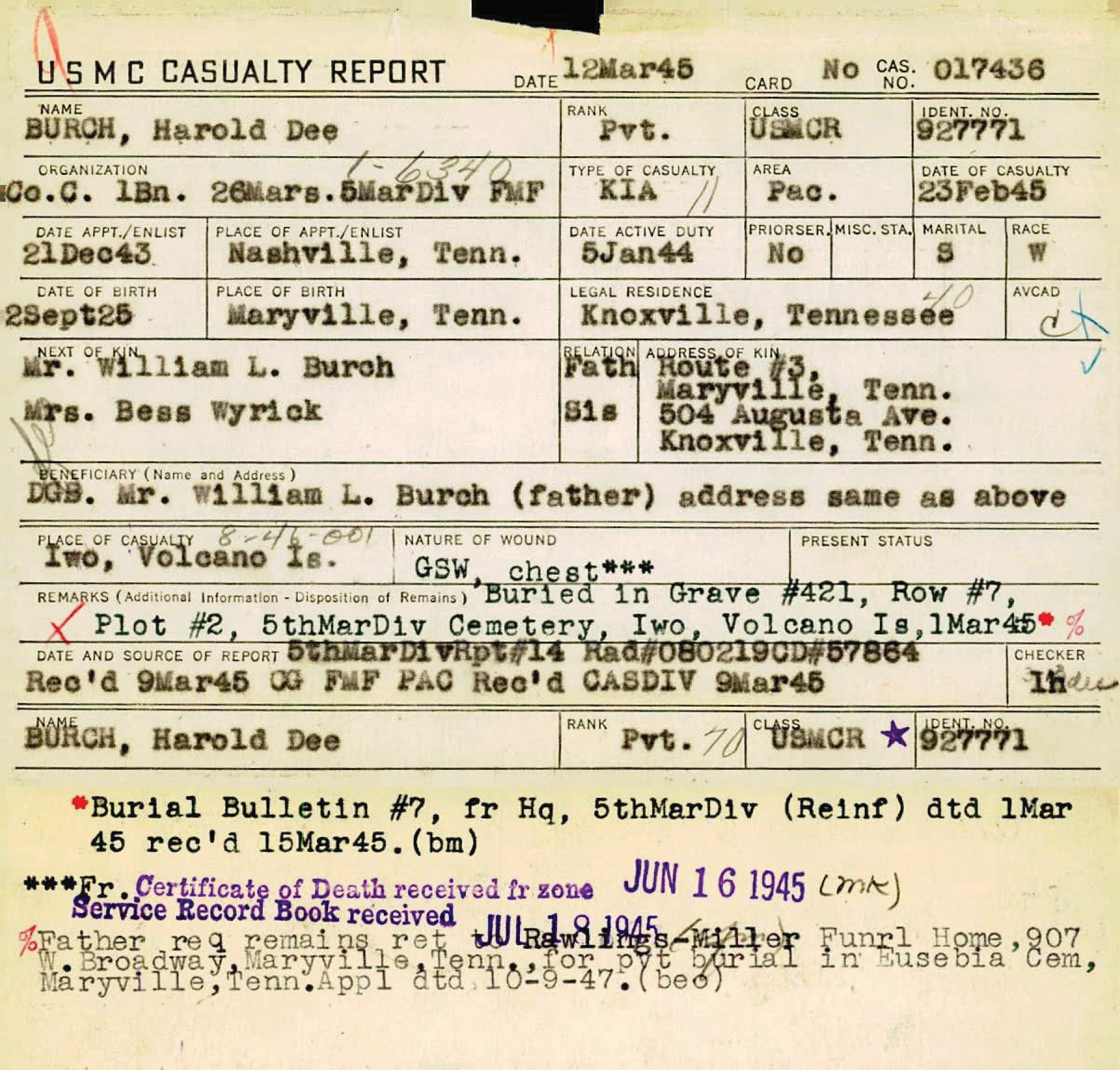 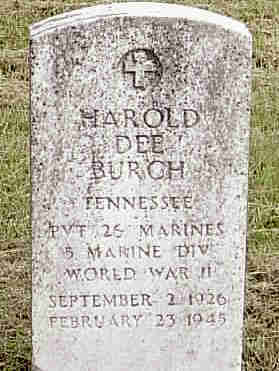