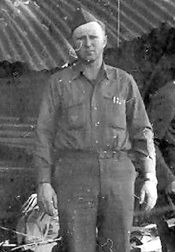 My Grandfather was Harold Cecil Fox. My daddy, Harold Augustus Fox, never got a chance to meet him. My Grandfather was born August 20, 1912, in Sevier County, Tennessee. He was a Private in the U.S. Army. He was with the 82nd Ground Forces Replacement Center. He was killed February 5, 1945, in Torel, France during WWII. He is buried in Plot B, Row 30, Grave 7, in Lorraine American Cemetery, St. Avold, France. He was awarded The Purple Heart. He left behind a wonderful wife and three children, my dad being the youngest of the three.
–Submitted by Christy Renee Fox

The Knoxville Journal, March 23, 1945
A presidential citation has been posthumously awarded Pvt. Harold C. Fox of Neubert Springs, former MP battalion member who died in Toul, France, Feb. 6, his wife, Mrs. Annette Fox, announced yesterday following receipt of War Department notice. Fox’s death, she said, occurred during a converted barracks explosion which was followed by fire. A former Alcoa employe, Fox had previously been awarded the Purple Heart after having been wounded in England on May 28, 1944. Upon his release from the hospital, Fox was transferred to an infantry outfit and sent to France. It was while serving with this unit that he died.
Survivors include his three children, Marylin Joyce, Emily A., and Harold A. Fox; his parents, Mr. and Mrs. G.D. Fox; a sister, Mrs. Roger Wolfe, and a brother Robert W. Fox. All are residents of Seymour. 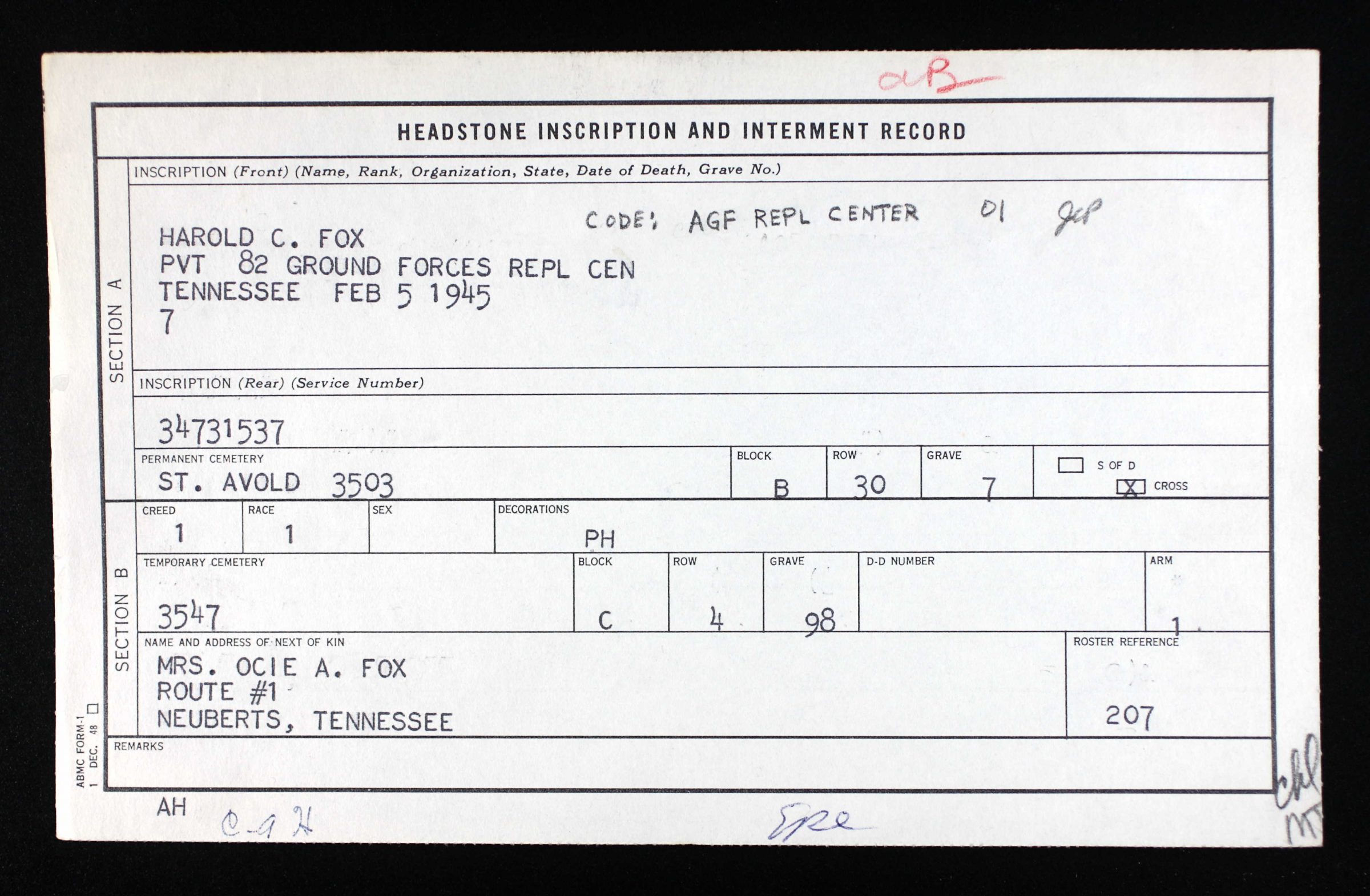