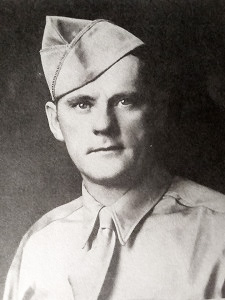 Technician 5th Class enlisted in the military on October 6, 1943 in Fort Oglethorpe, Georgia. He served in the 1056th Engineer Construction and Repair Group. He died on Thursday, February 1, 1945. His death is listed as died non-battle. He died of injuries received in a train and truck collision in Belgium. He is buried in the Netherlands American Cemetery in Margraten (Plot B, Row 3, Grave 9).

The Knoxville Journal, February 25, 1945
T/5 Harold C. Ellenburg, 35, son of Mr. and Mrs. N.A. Ellenburg of Byington and husband of Mrs. Grace Irwin Ellenburg of Andersonville, recently died of injuries suffered in a train and truck accident on Feb. 1 in Belgium, the War Department has notified his wife. Formerly a Tennessee Valley Authority employe, Ellenburg was employed by Stone and Wester Construction Co. At the time of his induction in October, 1943. He went overseas in June, 1944. He was a Mason and member of Andersonville Methodist Church.
Besides his parents and wife he is survived by two brothers in service, Naval Lt. R.B. Ellenburg in the Pacific and Sgt. Maynard Ellenburg in England; Lloyd Ellenburg of Richmond, Va; E.B. Ellenburg and Glenn Ellenburg of Byington; two sisters, Mrs. George Countiss of Bristol, Tenn., Va., and Mrs. Howard Mingle of Avon Park, Fla.

Clinton Courier News, March 1, 1945
Technician Fifth Grade Harold C. Ellenburg, husband of the former Willie Grace Irwin, and son of Mr. and Mrs. N.A. Ellenburg of Byington, died of injuries received in a train and truck collision in Belgium on Feb. 1. He was a member of the engineers engaged in port clearance and reclaimation. Cpl. Ellenburg was 35. He has been in the Army since Oct. 1943 and went overseas last fall. Prior to entering service, he operated an electric crane at Oak Ridge. For 10 years he was employed by the TVA. Cpl. Ellenburg was a Mason and a member of the Andersonville Methodist Church. Mrs. Ellenburg is principal of Glen Alpine School. 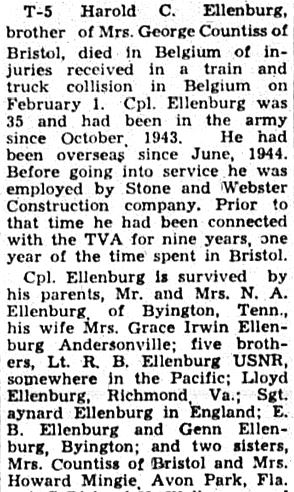 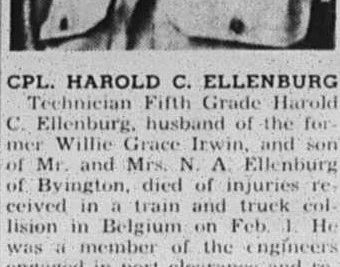 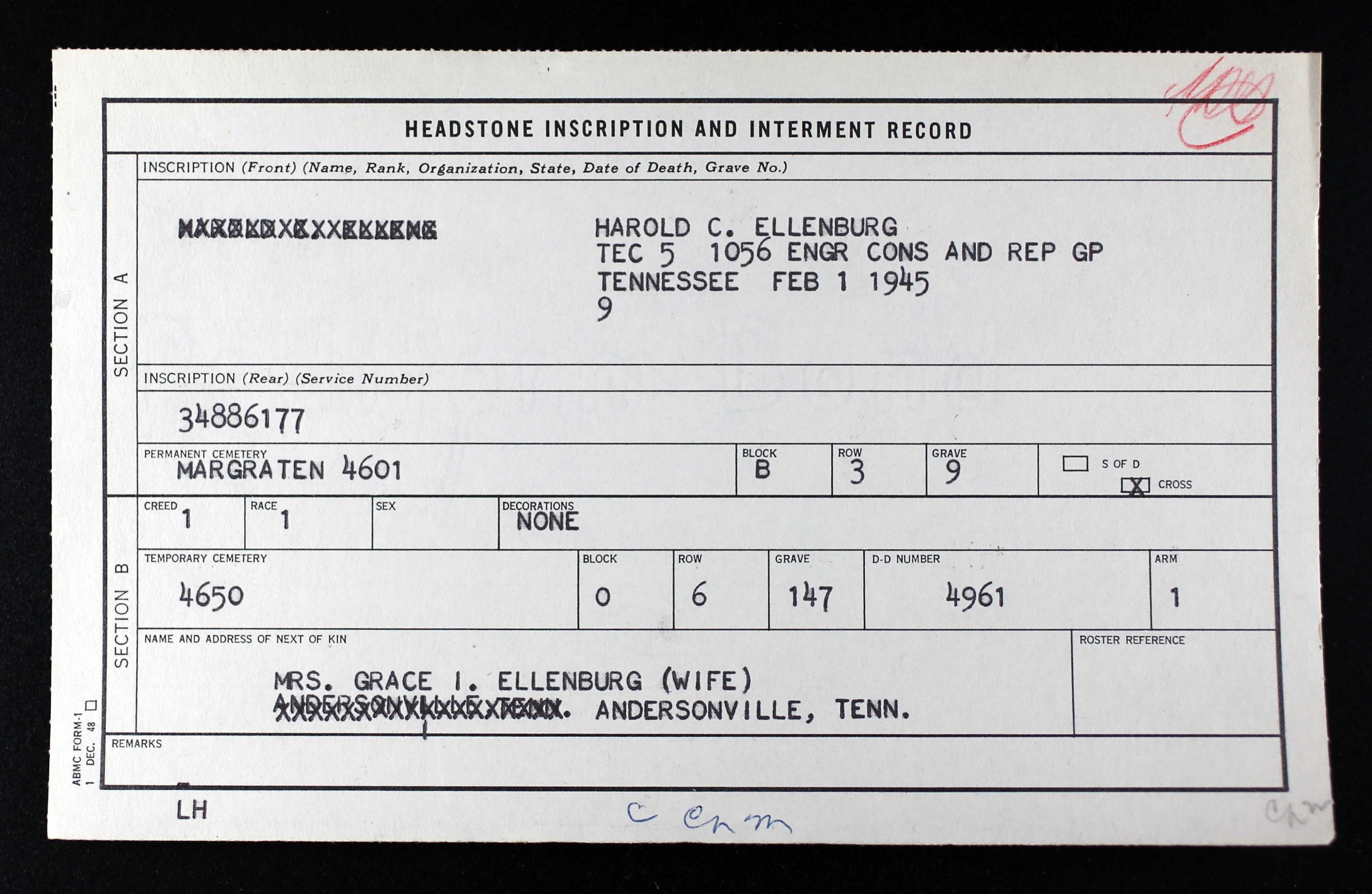 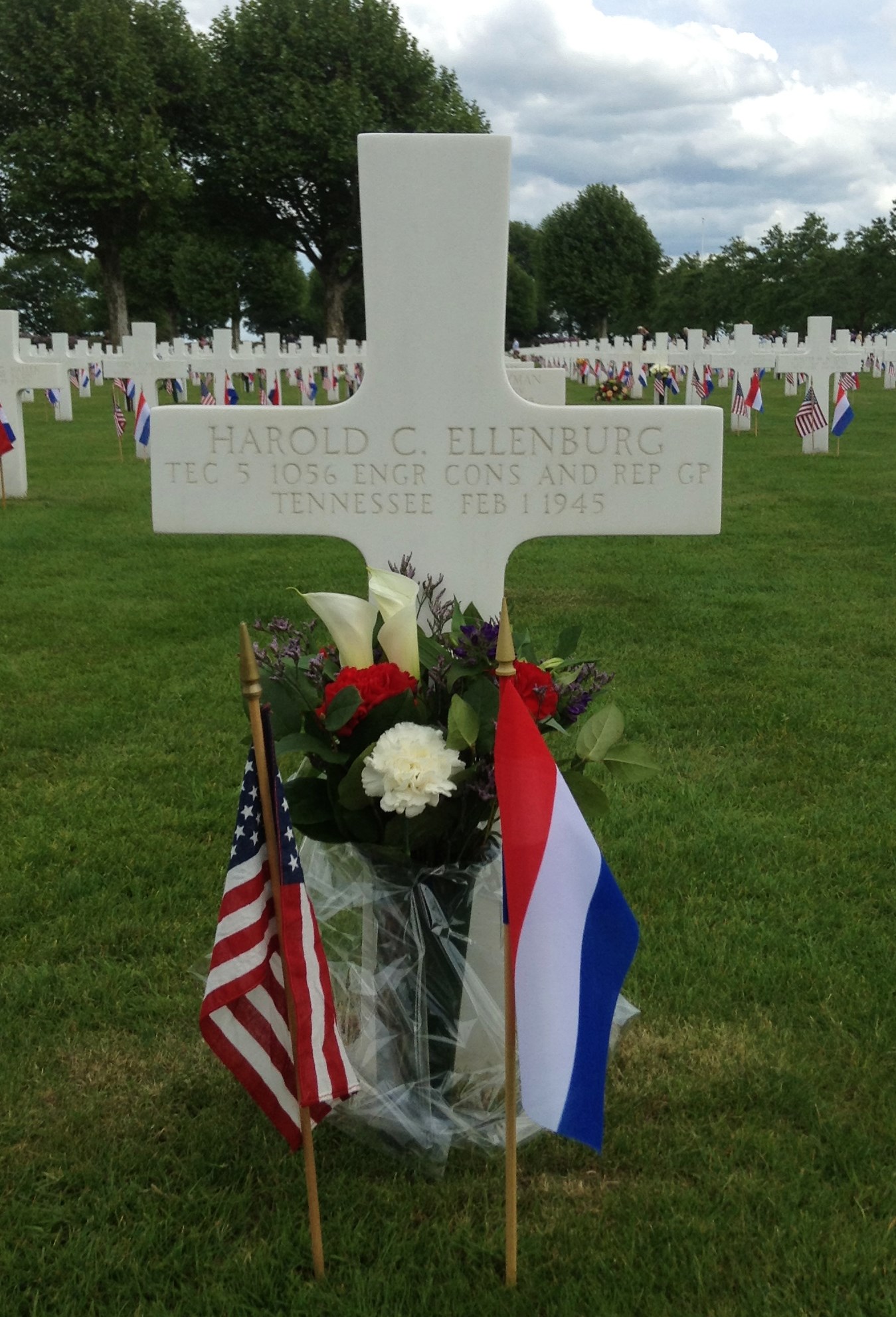