Aircraft B-17F with serial number 42-5953 was on an operational mission to Munster, Germany. It collided with aircraft #42-30518. Both planes went down near Lingen, Germany. All crewmembers of aircraft #42-5953 were killed. 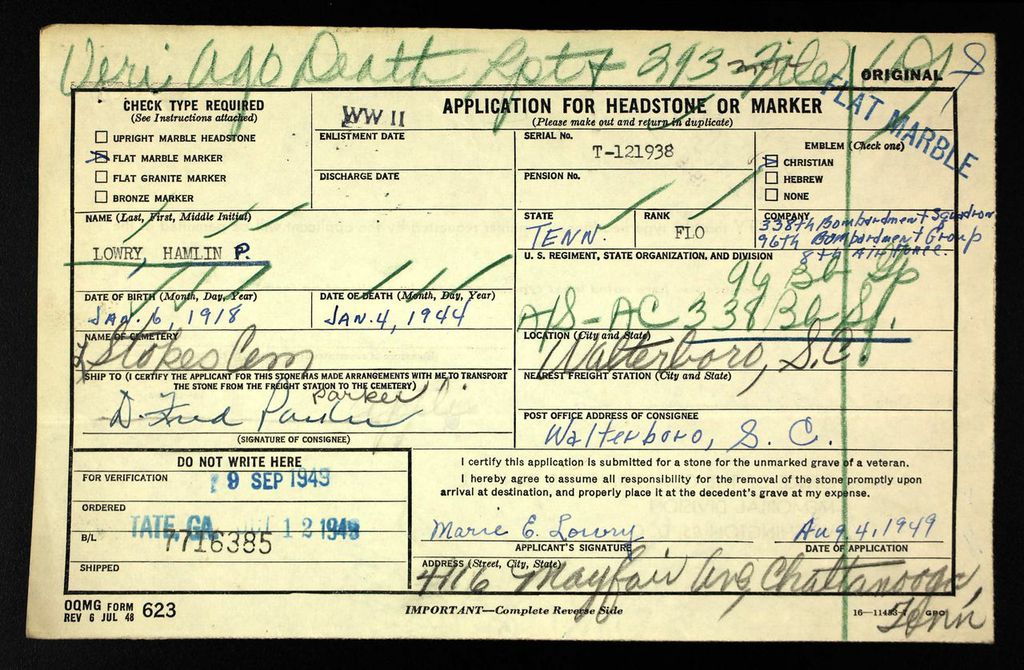 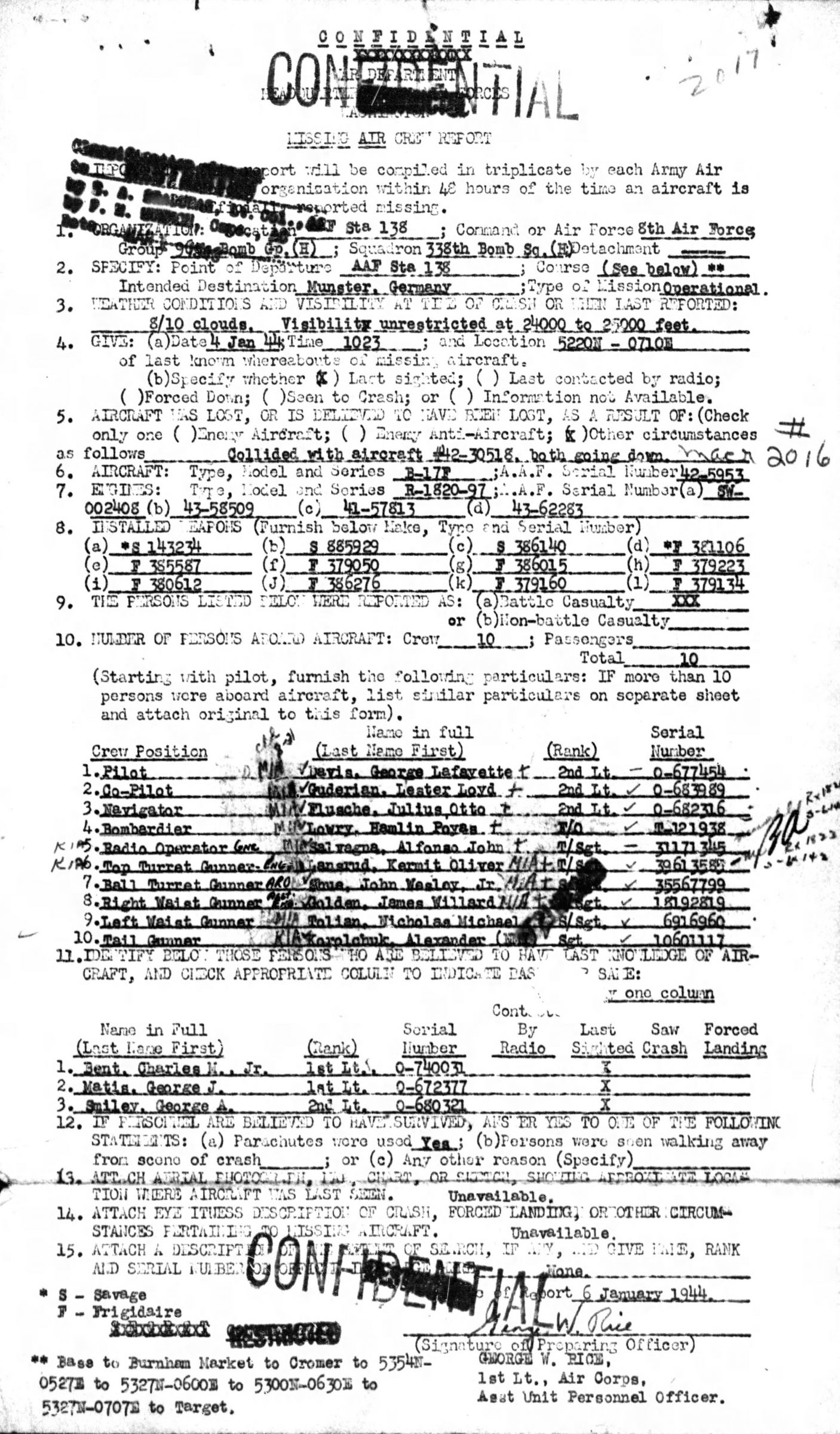 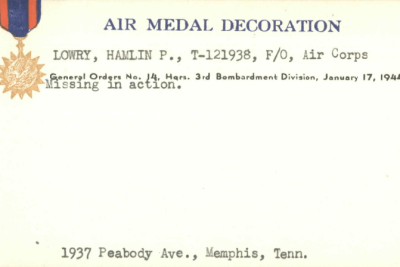