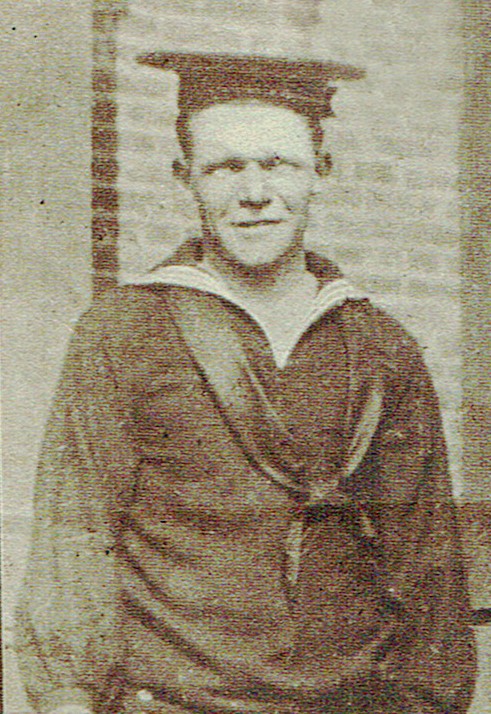 Grundy Bedney Johnson was stationed aboard the U.S.S. President Lincoln as a Ships Cook, Third Class. On May 31, 1918 the troop transport was making its return trip from France to the United States when it was torpedoed three times and sank in eighteen minutes. The U.S.S. President Lincoln was carrying her crew and wounded soldiers totaling 715 men. Twenty-six men including Grundy Johnson lost their life and went down with the ship.

Grundy had enlisted in the US Navy in Nashville and was the son of Columbus Johnson and Sydney J. Johnson of Decatur, Tennessee. He was born in Decatur, Tennessee on April 7, 1892 and was a self-employed farmer prior to his enlistment in the Navy. He is memorialized at the Tablets of The Missing at Suresnes American Cemetery, Suresnes, France. He is also remembered at Walnut Grove Cemetery, in Meigs County, Tennessee with a memorial marker.

Picture from the Chattanooga Sunday Times Memorial Supplement May 25, 1919