Corporal Jenkins was a member of Company B, 1st Battalion, 7th Cavalry Regiment, 1st Cavalry Division. He was Killed in Action while fighting the enemy in North Korea.

The Chattanooga Daily Times, 30 November 1951
Capl. Grover Goldman Jenkins, 19, was killed in action in Korea in November, according to a message from the Department of Defense, received this week by his parents, Mr. and Mrs. C.H. Jenkins of Etowah. Cpl. Jenkins was serving with Company “B”, Seventh Regiment. He left Etowah in the fall of 1950 with the national guard for Fort Devens, Mass., later going to Pine Camp, N.Y. He went overseas about a month ago. Survivors other than his parents are one brother, Oran Jenkins, and one sister, Miss Mary Ruth Jenkins, both of Etowah. 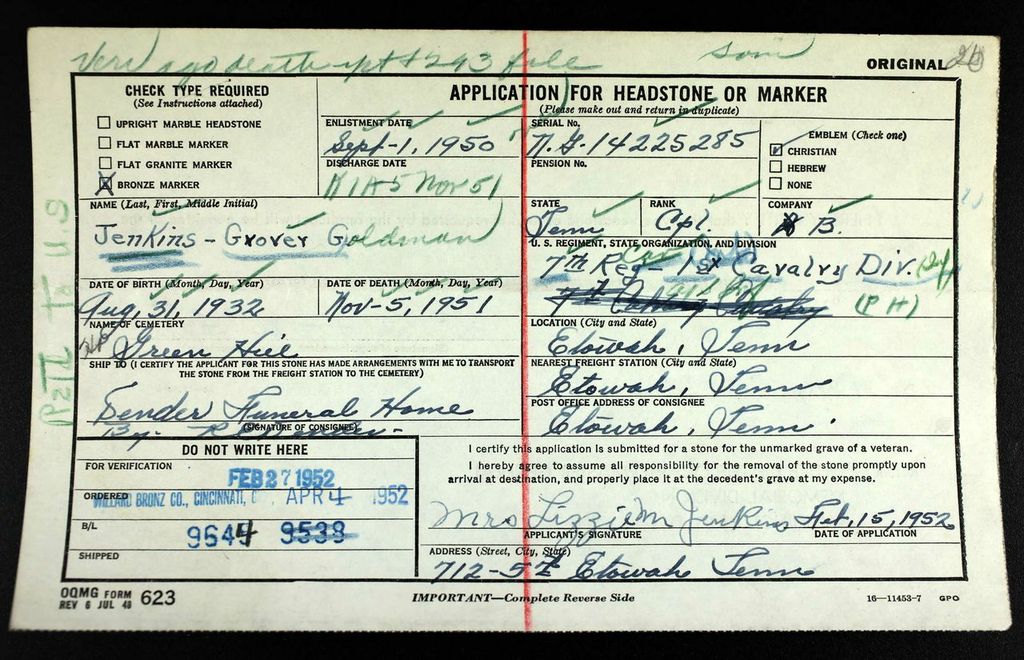 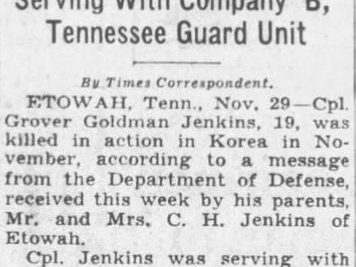