Grover Cleveland Dent was born 26th of February 1888 to Americus /Mericus “Lawson” Dent, and Adelia Louvern/Luvern Hoodenpyle of Hixson, Hamilton County, Tenn. He died of pulmonary tuberculosis active in both lungs at the Debarkation Hospital No. 51 at Elizabeth City in Virginia. He is buried at Ephraim Cemetery in Hixson, Tenn.

Was born in the community in Hixson, Hamilton County, called” Daus”. He was 1 of 13 children in the 1st marriage. Then, Americus Lawson Dent re-married, and had 2 more children by Sue D. Dent. They all were the product of Americus Lawson Dent- who was the father of Grover Cleveland Dent.

Richard Dent married a 2nd time. This wife was named “Susan”. Last name???  She was born about 1843 in Tenn. She lived in the latter part of 1870 with Richard Dent in Sequatchie County, Tenn.. Note: Americus Lawson Dent, the father of Grover Cleveland, date of birth#1- January 05, 1843. Another date of birth given “about” 1845. Died September 09, 1919 in Hamilton County, Tenn. (in Hixson, Tenn). Buried at Ephraim Cemetery in Hixson, Hamilton County, Tenn. Listed as “ML”(Mercius Lawson) Dent. Buried beside wife Adelia Louvernia/Luvernia (listed AL Dent). Adelia Louvernia Hoodenpyle was born about 1859 in Hixson, Hamilton County, Tenn. Her father was Thomas Jefferson Hoodenpyle, Jr. He was born 21 January 1827, and died in 1927. Her mother was Rhoda Emiline Russell born 13th of May, 1831, and died Nov 1912 or 1907.
-Submitted by Claire Chapman 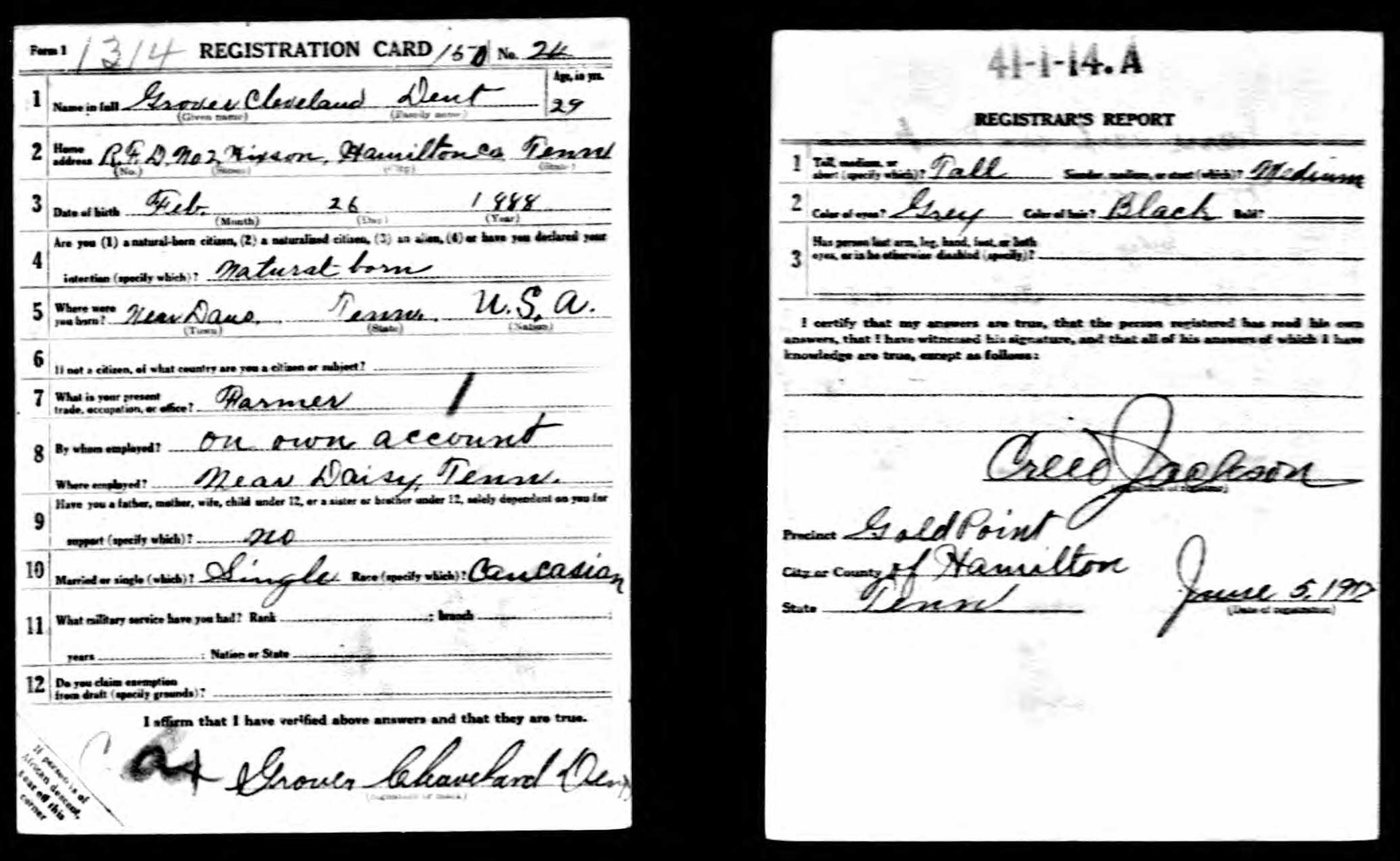 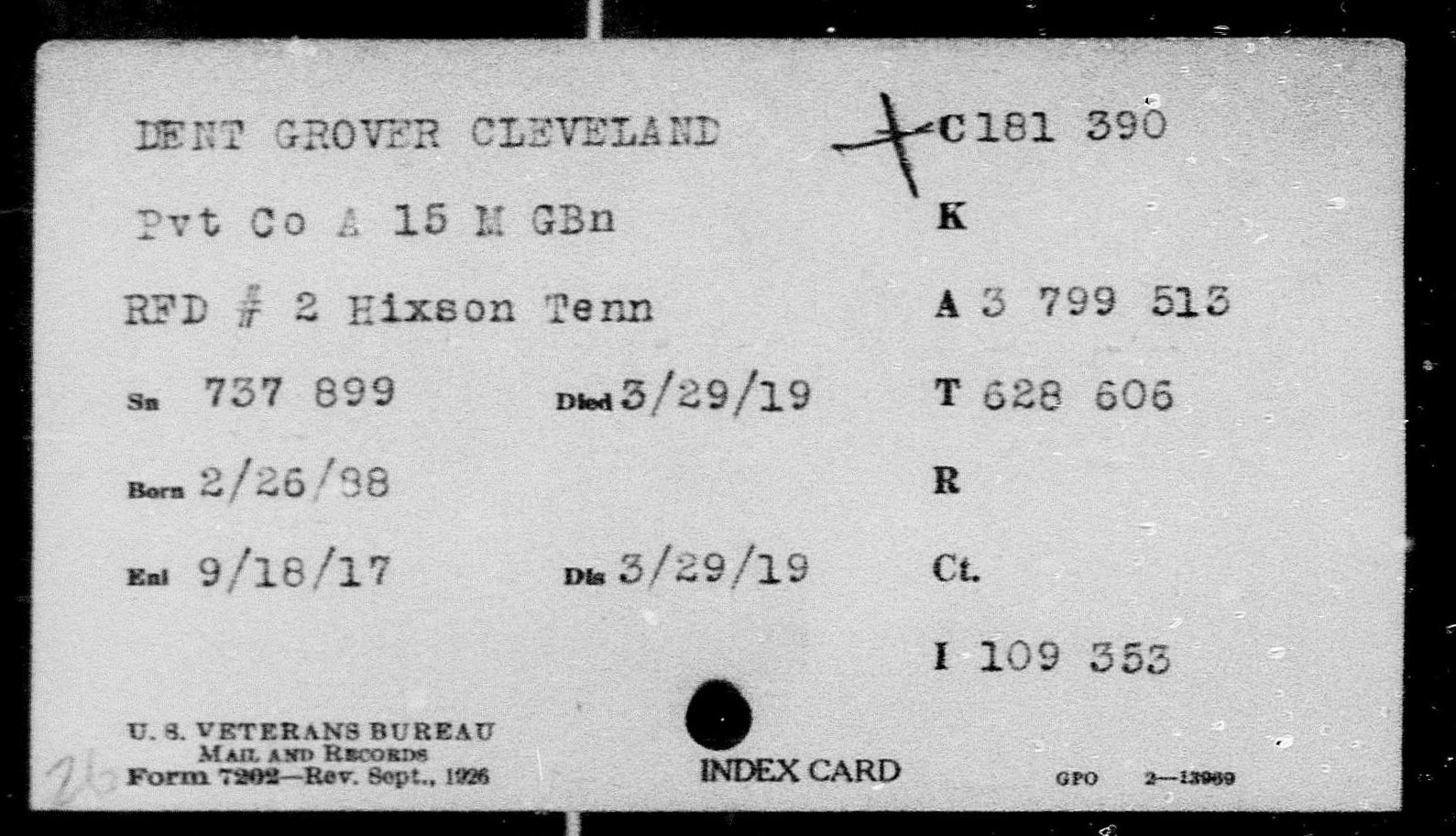 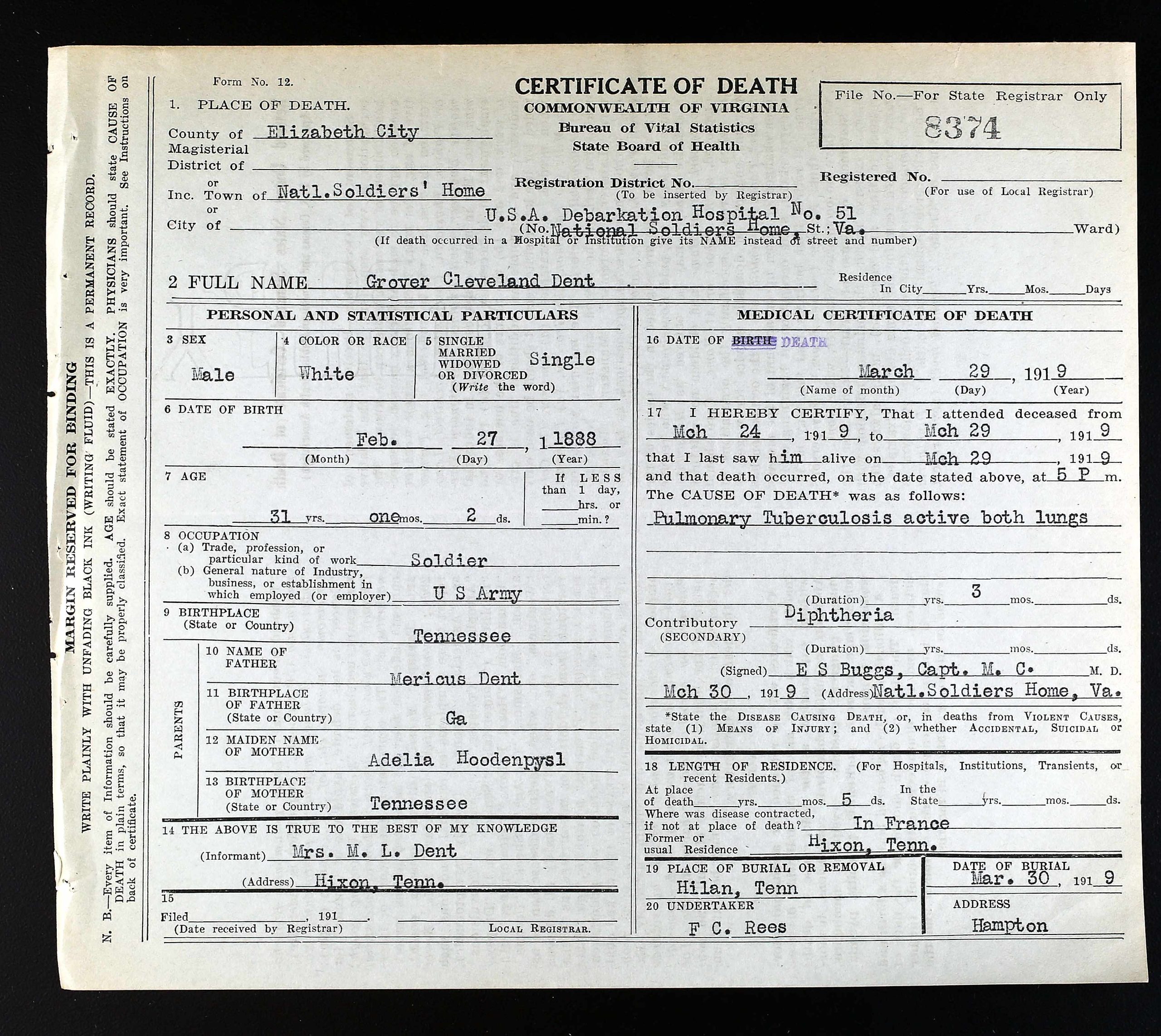 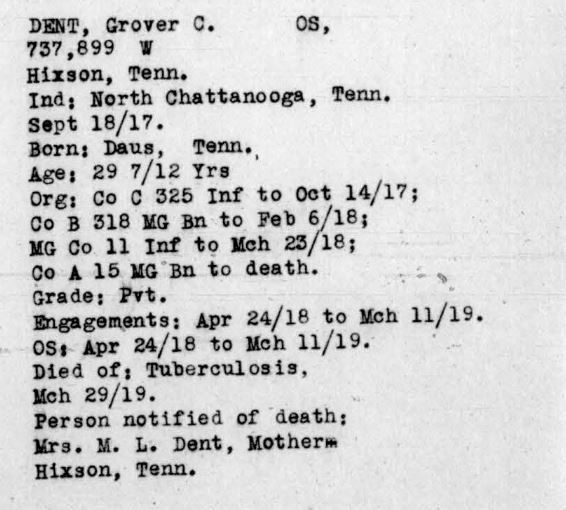