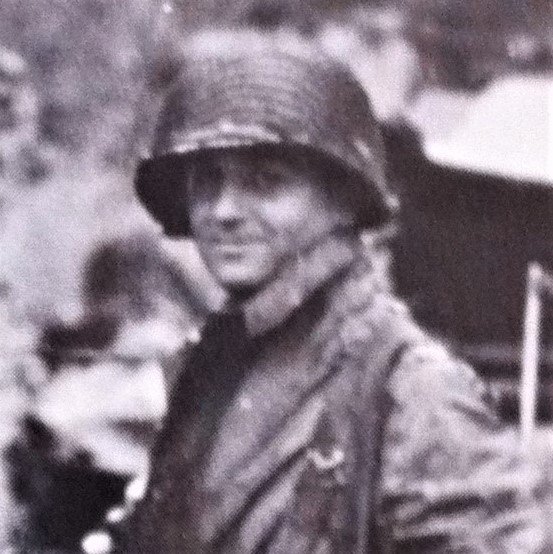 Grady H. Blazier was the son of Arley McDow Blazier and Mary Emma Henry Blazier. He married Florence Pierce. He entered the service on 14 February 1942 at Fort Oglethorpe in Georgia and been overseas since June, 1944/ He trained in the Third Armored Division at Camp Polk, La., and was later transferred to the Seventh Armored Division. He was a former employe of The News-Sentinel, and operated an uptown parking lot. He had two brothers in the service, Cpl. Herbert Blazier and Paul Blazier.
2nd Lt Blazier was killed in action in Holland, 3 Miles North West of Overloon and was initially buried at the American War Cemetery Henri-Chapelle in Belgium.

Photo from the book Seventh Armored Division Association Volume II
2nd Lt Blazier received a decoration from Major General Lindsey McDonald Silvester. Lt Blazier, then technical sergeant, had received the first battlefield promotion to Second Lieutenant in the Seventh Armored Division for combat achievement. Lt Blazier had led an attack  in a French village. For that achievement he was awarded the Bronze Star. He reorganized his platoon while under constant fire and led a counter-attack, capturing several prisoners. Lt Blazier returned from a place of comparative safety and removed two wounded comrades from a burning half-track which had been hit by German 88 mm gun. He carried the men to safety and gave them first aid. Thus he won a Bronze Star, a promotion to the rank of second lieutenant, and an infantry platoon on his own. 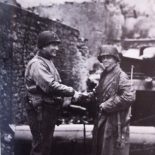 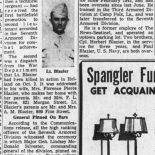 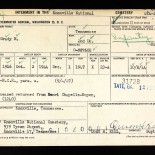 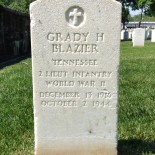