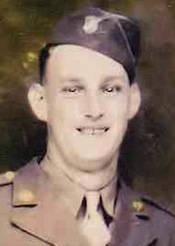 Gordon Lyle Brookshear was born 8 May 1916 to Walter J. Brookshear and Marinda Melvina Ramsey. He was married to Eula Bea Lindsay and father of Doris Brookshear Trotter.

Served with the 3rd Army, Company A, 134th Infantry Regiment, 35th Infantry Divison. He served under General Patton. He was wounded in action and received a Purple Heart. He was killed  13 December 1944 in the days leading up to the Battle of the Bulge.

The Maryville and Alcoa Daily Times, August 20, 1945
Pfc. Gordon Brookshear was killed in action in France, Dec. 13, 1944, according to word received last month by his wife in Greenback. Following excerpts from a letter written by Pfc. Brookshear two months before he was killed to his three-year-old daughter, Doris:
Dearest and only daughter,
While sitting here in a foxhole somewhere in France, I am thinking of you and hoping you will grow up to be a very nice girl. I would care for you if I could be there with you and your dear monther. Daughter, if something should happen to me and I should never see you again, remember that I will meet you in Heaven someday. You were very small the last time I saw you and I know you don’t remember me, but we have had some wonderful times together. If I get home again, you are going to be somewhat bigger than you were when I left. Then we will have some times that you will always remember. But just in case we should never be together on this earth, I want you to know that I have prayed for you to make good and keep well. I know you have a very good mother and if you will follow in her footsteps, I am sure you will never go wrong. I’m hoping that as you grow older, you will take up some kind of church work. If you do that, I would never worry about you, for you will be living for God.
Your loving Daddy,
Gordon Brookshear 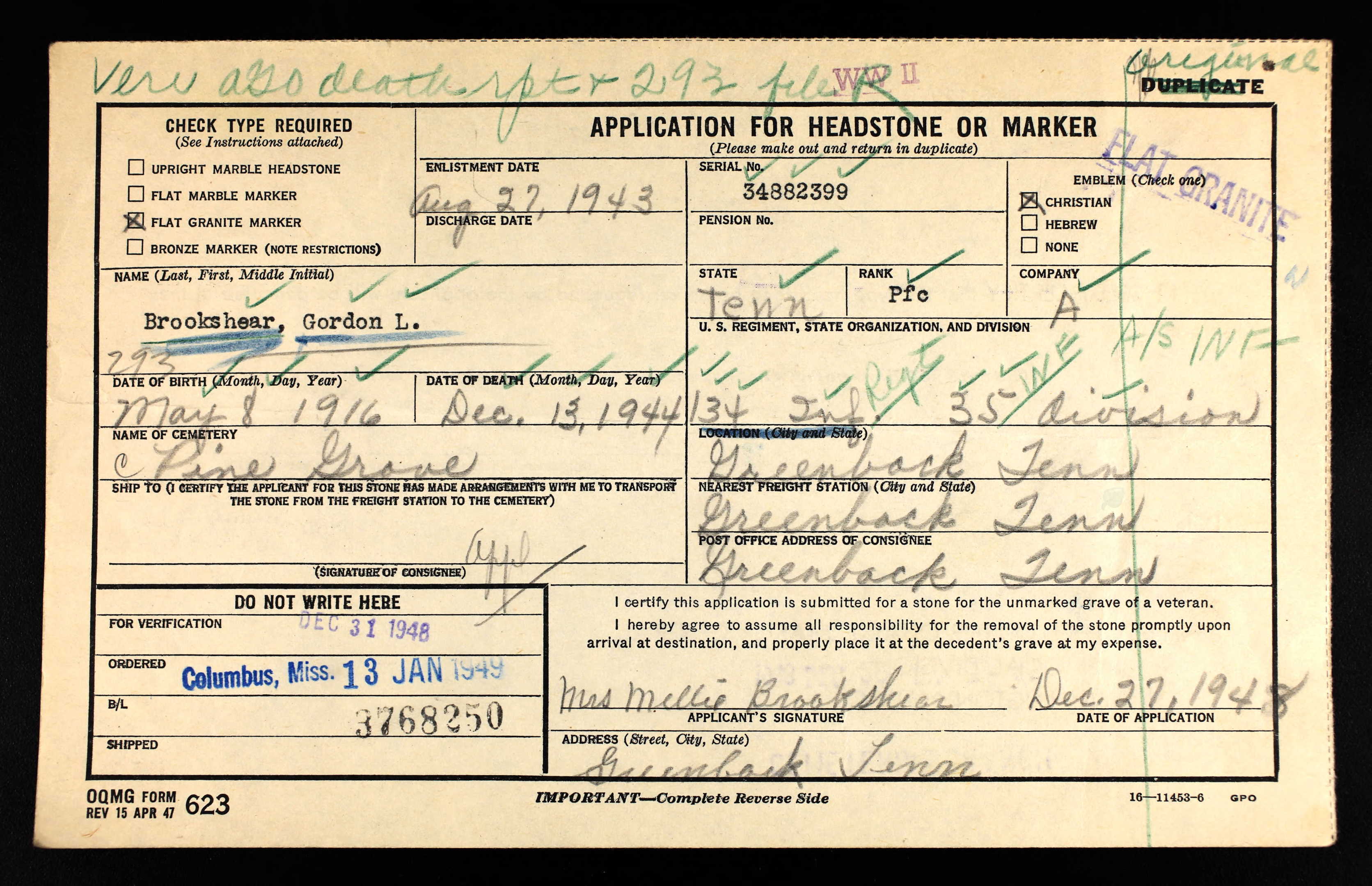 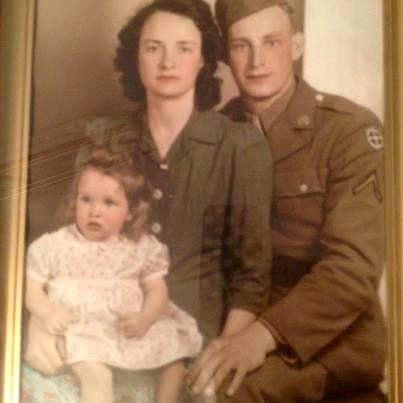 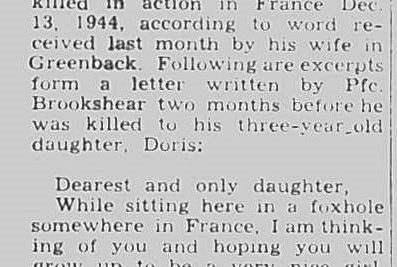 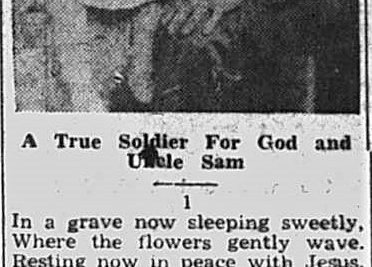