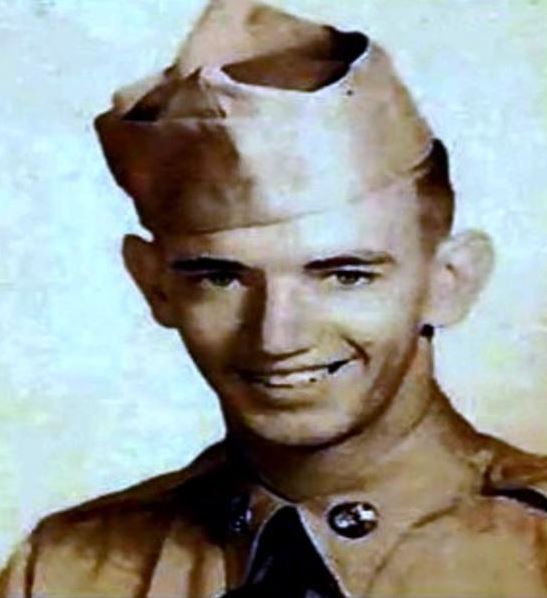 Sergeant First Class Gomer Davis Hoskins, Jr. of Clinton was born on March 6, 1936. He was the son of Gomer Davis Hoskins and Martha Katherine Baker Hoskins. He had two sisters, one of which was Susan Hoskins Allen, and one brother. He was married to Ms. Mary Rickenbacker and the couple had one son and one daughter.

Sergeant First Class Hoskins, Jr. served in the military for 12 years. His tour in viet began on December 5, 1966. He served as an Green Beret infantryman in Detachment A-235 (Nhon Company), 5th Special Forces Group. At the age of 31, he was killed on March 26, 1967 in Quang Duc, South Vietnam. His death is listed as a hostile, ground casualty resulting from multiple fragmentation wounds. He died while he was missing in action. Sergeant First Class Hoskins is buried in Knoxville National Cemetery (Plot B, Site 6782).

The President of the United States of America, authorized by Act of Congress July 9, 1918 (amended by an act of July 25, 1963), takes pride in presenting the Silver Star (Posthumously) to Sergeant First Class Gomer Davis Hoskins, Jr. (ASN: RA-25351557), United States Army, for gallantry in action while engaged in military operations involving conflict with an armed hostile force while serving with Detachment A-235, 5th Special Forces Group (Airborne), 1st Special Forces in the Republic of Vietnam. Sergeant First Class Hoskins distinguished himself by exceptionally valorous actions on 25 March 1967 while serving as Special Forces Advisor to a Vietnamese Irregular Company on a combat patrol near Nhon Co. At approximately 1500 hours, the company made contact with an enemy squad and immediately attacked the hostile positions. When the insurgents hastily fled, Sergeant Hoskins led an aggressive pursuit in an attempt to re-engage or capture some of the enemy. As his unit advanced through the dense terrain, it was suddenly ambushed by a much larger insurgent force. Despite the intense volume of fire, Sergeant Hoskins fearlessly attempted to mount another assault, but was seriously wounded and his efforts were in vain. Unmindful of the severe pain, he continued to fire his weapon into the hostile emplacements. Too weak to pull back with his men, Sergeant Hoskins dauntlessly provided covering fire for their withdrawal until he was fatally wounded. His boundless courage and selfless sacrifice enabled the company to successfully escape the enemy trap. Sergeant First Class Hoskins’ gallantry in action, at the cost of his life, was in keeping with the highest traditions of military service and reflects great credit upon himself, his unit, and the United States Army.